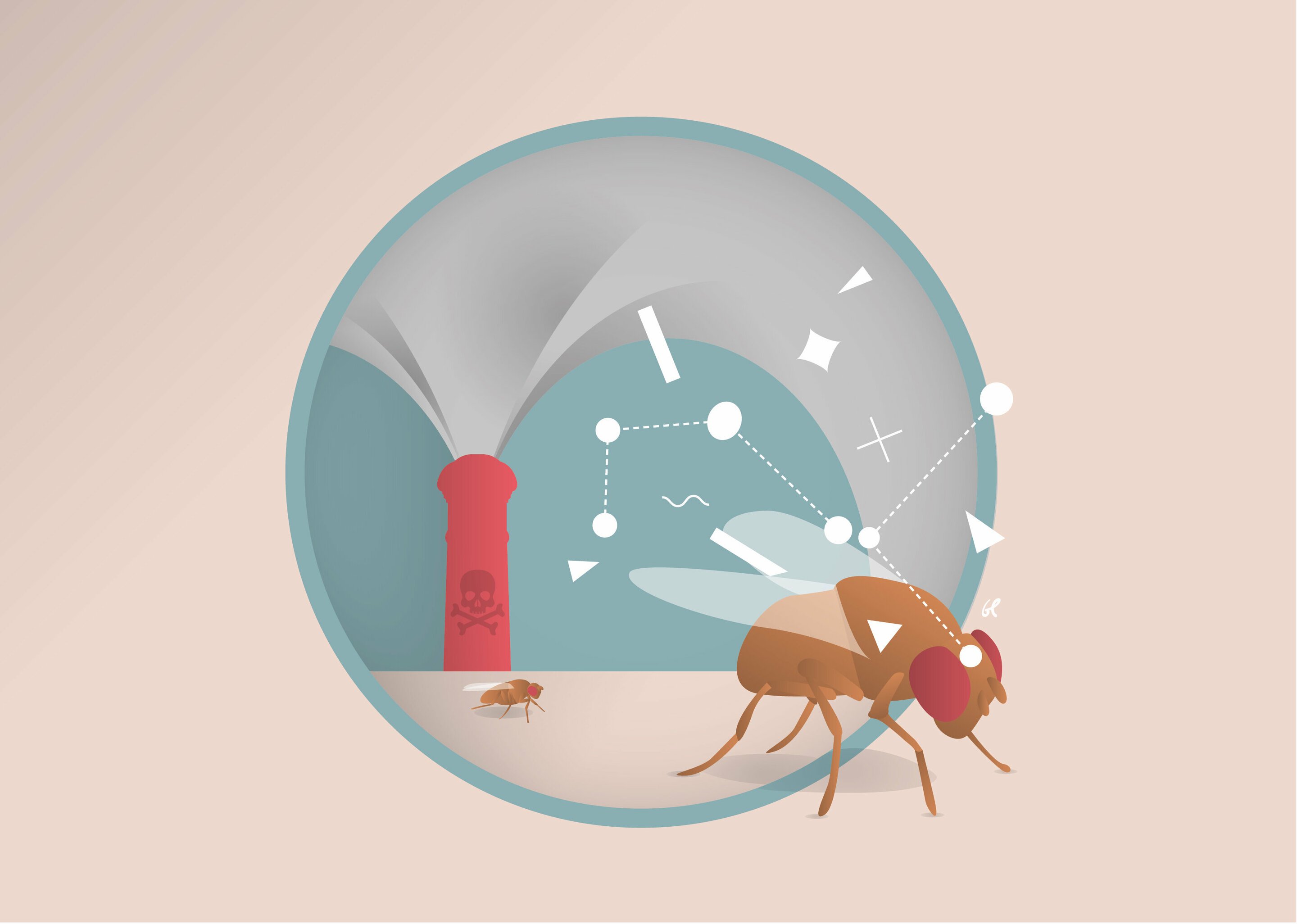 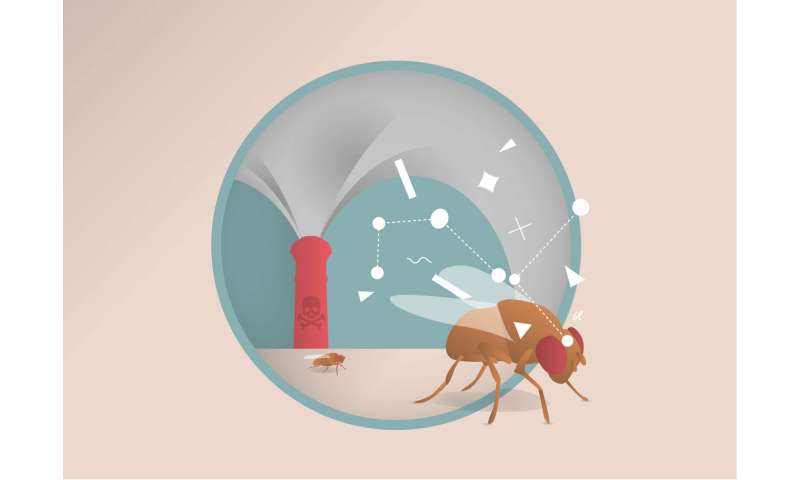 A team of neuroscientists at the Champalimaud Centre for the Unknown (CCU), in Lisbon (Portugal), has performed one of the first studies into the central neural circuits (or higher brain areas) that underlie innate responses to odors. Their results, some of which are unexpected, were published in the journal PLoS Biology.

Maria Luísa Vasconcelos, principal investigator of the Innate Behavior Lab at the CCU, and her co-authors—post-doc Nélia Varela, Ph.D. student Miguel Gaspar and research technician Sophie Dias—approached the question using fruit flies, whose olfactory system is quite similar to that of vertebrates. In the fly brain, a structure called the lateral horn (LH) receives input from the antennal lobe which in turn receives input from the olfactory receptor neurons, which are located in the antennae—the fly’s nose,” says Vasconcelos. The LH is thought to be involved in innate responses to odors.

It had been shown that connectivity from the antennal lobe to the LH is very similar from one fly to another: “LH connectivity is very stereotyped in terms of the number of connections and the way they branch out,” Vasconcelos explains.

What the scientists now wanted to do was to directly study the function of the LH. Specifically, they asked which neurons in the LH of the fly were responsible for the innate insect’s aversion to the odor of carbon dioxide (CO2). “We don’t know why CO2 is such an aversive odor,” Vasconcelos points out, “but one reason could be that stressed flies release CO2“.

Using genetic tools, the team obtained 32 lines of manipulated flies. In each line, one particular type of neuron in the LH had been rendered inactive or silenced.

To test the effect of the different neuron silencing on the behavioral response to CO2, they then put flies from each line in a so-called T-maze (basically, a corridor that branches out to the left and right at one end), and released CO2 into one of the branches and air into the other. Normally, the fly will always choose to follow the branch that contains air against the one with CO2. Therefore, if the silencing of a given group of neurons abolished the aversion to CO2, this meant that those particular neurons were needed to elicit the aversive response to the gas.

“We found two distinct fly lines that lost this aversive behavior,” says Vasconcelos. First surprise: it was not the neurons they expected. Second surprise: these two neurons types respond specifically to CO2. “This was unexpected”, says Vasconcelos. “We thought their silencing would cause the loss of aversive olfactory behaviors in general, but when we tested other odors, we found no change in the flies’ aversive behavior to those other odors. We also tested these neurons with respect to attractive odors and, again, we saw no change when they were silenced.” In other words, these experiments revealed two independent set of neurons that are needed to elicit the aversive response specifically to CO2.

This is one of the main results of the study, she adds. The other is that one of the two types of neurons they identified had only local connections into the LH, while the other also projected its connections out of the LH.

To determine in which the direction the olfactory information was flowing from one type of neuron to the other, they performed another set of experiments: they inactivated one of the two types while at the same time recording the neural activity of the other type. For this, they used optogenetics, a technology which allows turning specific neurons on and off at will with the help of a laser.

They concluded that the flow of olfactory information from the antennae was first processed by the neurons that projected out of the LH and then by the locally connected neurons. In doing this, they obtained a first “snapshot” of the neural circuit underlying the aversive response to CO2.

Also importantly, the neurons belonging to the group that projects out of the LH innervate a structure of the fly brain, the SIP (superior intermediate protocerebrum), “which is thought to coordinate the learned and innate responses,” says Vasconcelos.

Vasconcelos believes that this study into the function of the LH could serve as a guide to further studies of the neural underpinnings of olfactory responses. Just as is the case with CO2, there could be other odor selective neurons in the LH, and not simply neurons that distinguish aversive from attractive odors.