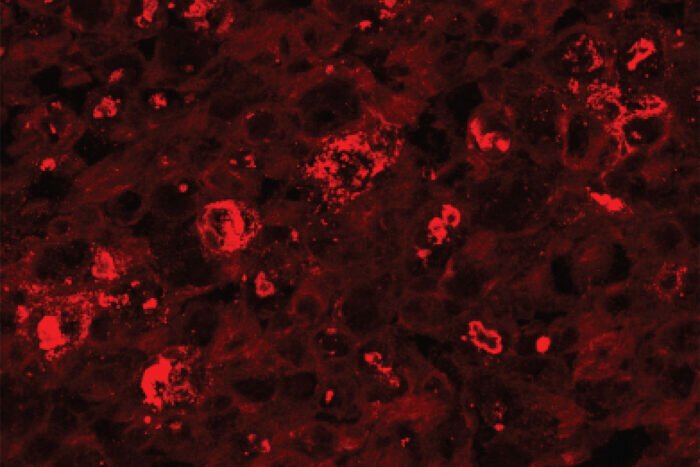 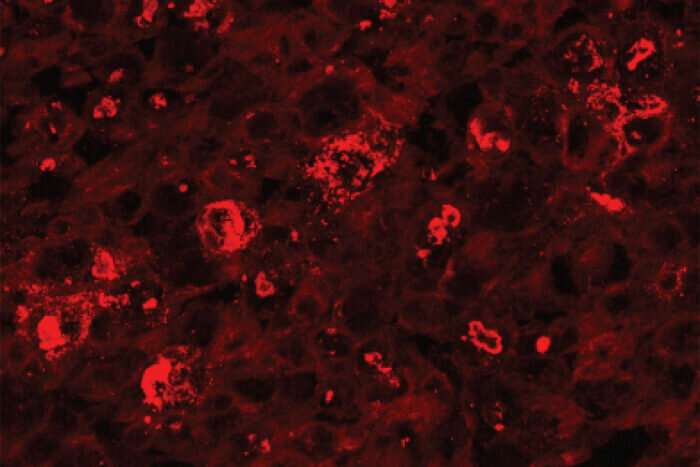 Nerve axons serve as the wiring of the nervous system, sending electrical signals that control movement and sense of touch. When axons are damaged, whether by injury or as a side effect of certain drugs, a program is triggered that leads axons to self-destruct. This destruction likely plays an important role in multiple neurodegenerative conditions, including peripheral neuropathy, Parkinson’s disease and amyotrophic lateral sclerosis (ALS).

Now, scientists have developed a gene therapy that blocks this process, preventing axon destruction in mice and suggesting a therapeutic strategy that could help prevent the loss of peripheral nerves in multiple conditions.

The study, from Washington University School of Medicine in St. Louis, appears in the Journal of Experimental Medicine.

The strategy could help prevent peripheral neuropathy, a disease that currently affects about 20 million people in the United States. Peripheral neuropathy can result from chemotherapy for cancer treatment or poorly controlled diabetes, and it causes persistent pain, numbness, burning, itching and muscle weakness.

“Peripheral neuropathies are the most common neurodegenerative diseases in the world,” said first author Stefanie Geisler, MD, an assistant professor of neurology. “Many peripheral neuropathies are caused by breakdown of nerve fibers, but we currently don’t have therapies that can directly block this process. For many neuropathies, we can’t halt progression of the disease and are limited to trying to treat the symptoms. We are somewhat successful decreasing neuropathic pain, but it is very difficult to alleviate numbness.

“I see many patients with chemotherapy-induced neuropathy, and it can severely impact their quality of life,” she said. “To benefit patients, we will need to test this treatment in human clinical trials, but our current finding is significant because we have shown for the first time that we can effectively block nerve fiber breakdown in mice with a standard viral gene therapy.”

When an axon is injured, whether cut or crushed by injury or damaged by drugs, a protein called SARM1 becomes active. In healthy nerves, this protein is switched off. Past studies by this research team have shown that activated SARM1 triggers axons to self-destruct, kicking off a chain of events that quickly consumes all of a nerve cell’s energy supply. The axons of such cells break into pieces.

In this study, scientists used a virus—one that can’t cause disease—to deliver into cells a mutated version of the SARM1 protein that blocks axon destruction.

This mutated SARM1 prevents the characteristic rapid energy loss and subsequent destruction of axons, even in the most extreme form of injury—a complete severing of the axon.

“With our viral gene therapy, we delivered a mutated form of SARM1 that is not only inactive itself but also blocks normal SARM1 proteins that have become activated in mice with nerve injuries,” said senior author Jeffrey D. Milbrandt, MD, Ph.D., the James S. McDonnell Professor and head of the Department of Genetics. “For a long time, viral gene therapy was a pipe dream, but there are now a number of ongoing clinical trials in other disorders that suggest we are on a promising track.”

For example, a similar viral gene therapy is now in clinical trials for a genetic disorder called Duchenne muscular dystrophy. In that case, a different protein is delivered to address muscle loss, but the virus is the same.

In theory, it could be possible to change the viral packaging to direct the viruses to deliver their gene payload to different types of cells—sensory neurons for peripheral neuropathy or motor neurons for ALS, for example.

“This has the potential to be transformative because it cuts across so many diseases,” said co-senior author Aaron DiAntonio, MD, Ph.D., the Alan A. and Edith L. Wolff Professor of Developmental Biology. “Rather than addressing a single disease, it is potentially a treatment for a disease process that is shared among many different neurodegenerative disorders.”