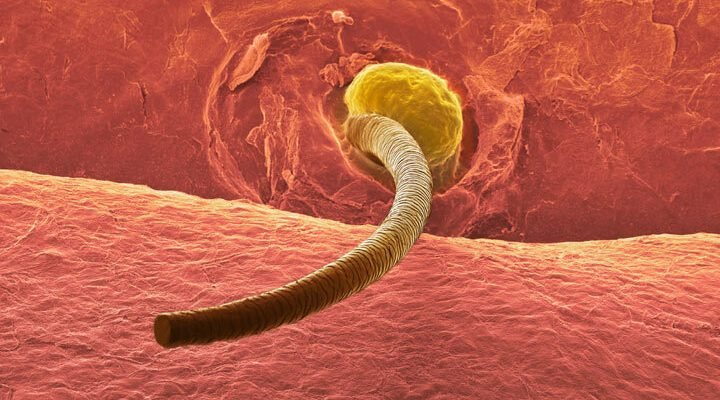 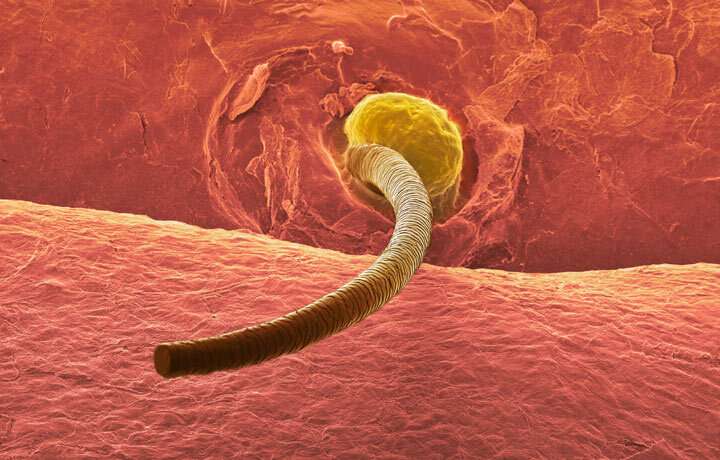 It turns out undigested collagen blocking growing gland cells might sometimes be causing the blackheads seen in common acne, not just excess sebum, as had long been assumed. After the publication of a 2018 paper, researchers suggest genetic mutations that inhibit the collagen reshaping process could be one of the underlying culprits in acne.

The scourge of teenagers through the ages, acne has long been thought to flare up when glands secrete too much lubricating sebum, which mixes with dead skin cells and blocks hair follicles. However, in 2017 and 2018, a number of high-profile clinical trial failures of treatments that dampen sebum production suggested there is a need to revisit the basic science.

Recently, collagen, the body’s most abundant structural protein, was implicated in studies on people living with rare diseases. People with Winchester Syndrome or Frank-Ter Haar Syndrome often experience acne conglobata, a severe form of acne that develops deep under the skin, in addition to skeletal malformations that stunt height and affect facial features.

A paper in May 2018 led by A*STAR researchers linked impaired collagen digestion to skeletal malformations seen in people with Winchester Syndrome. The authors point out that prior to their paper, “only one missense mutation in MMP14 [had] been reported in Winchester Syndrome patients”. The corresponding author, A*STAR Acne and Sebaceous Gland Program Research Director Maurice van Steensel, explains that changes to the gene that programs the body to create the MMP14 enzyme – which breaks down collagen – causes the skeletal changes, and the problems that cause severe acne, scarring and osteoporosis.

Sebaceous glands may be struggling to grow without the right enzymes that help to reshape collagen in the extracellular matrix around them. As the main component of connective tissues in skin, bones, tendons and ligaments, collagen fibers attached to cells form much of the cement that holds the body together. During growth, tissues are continually breaking it down and building new strands to change shape; a process known as remodeling. Young cells known as progenitor cells must digest collagen to move into glands attempting to expand into the extracellular matrix. If collagen remodeling is impaired, the cells that would normally move into the gland might get stuck in an area called the junctional zone near the skin surface. The cells would keep dividing, but be immobilized. As a result, the junctional zone may expand and form a comedo (blackhead).

Acne is kicked off by hormone-induced stimulation of sebaceous gland growth, which explains why acne occurs in roughly 80% of people between the ages of 11 and 30: the period when hormonal lead growth is at its peak. “Once stimulated, a few factors could lead to acne causing comedone formation: problems with the movement of these cells into the new gland, excessive growth signaling, or defects in the way still forming gland cells develop”, van Steensel explains.

Supporting the genetic link is evidence suggesting that acne is mostly inherited, including links to genetic variations that influence vitamin A metabolism in the skin. This “helps to explain how and why retinoids, which are a synthetic vitamin A derivative, are effective [at treating acne],” van Steensel adds. 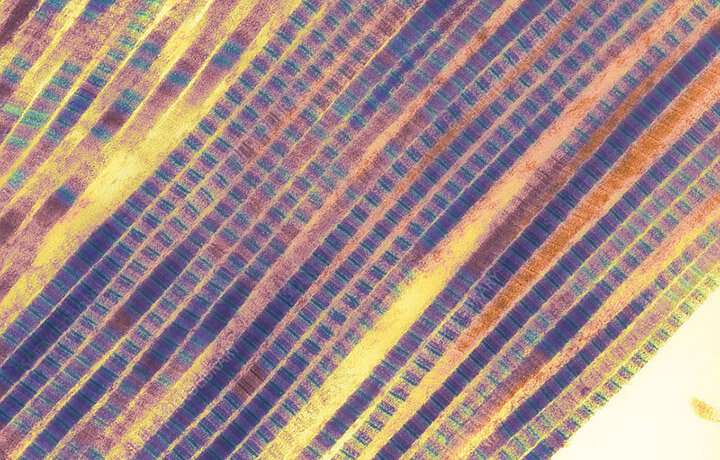 At the Acne and Sebaceous Gland Program, drugs for acne are now being tested on zebrafish models of Winchester Syndrome. “If drugs used to treat acne can correct some features associated with this devastating disorder, we will have a good indication that they are targeting tissue remodeling pathways,” van Steensel explains.

But they still need look more deeply into sebaceous gland biology, he says, “to develop better models of the disease for compound screens and assays”. To do this, the laboratory is characterizing sebaceous gland progenitor cells, and the processes through which these cells help form the functional glands. The aim is to replicate this process in a dish for further study. According to van Steensel, they will soon be able to introduce acne associated genes, as well as assess the effects of new treatments.

School of Medicine, he also acts as a Research Director at the Skin Research Institute of Singapore (SRIS), formed from a collaboration between A*STAR, the National Healthcare Group and Nanyang Technological University. The institute was announced with more than SDG 100 million (roughly USD 74 million) in funding in 2013. As a global hub for inter-disciplinary and translational skin research, SRIS works with many industrial partners based in the APAC region. As a result, it’s researchers will be following research based on the collagen findings and observing the implications for Asian skin. 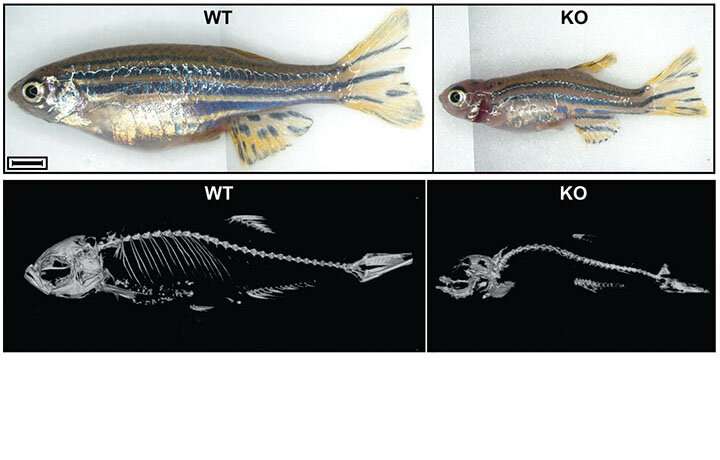 To date, most skin studies have been carried out in Western populations. As a result, a number of big-name pharmaceuticals and personal care companies have recently expanded their R&D activities in Singapore and are exploring collaborative projects with SRIS researchers. For example, Singapore-based specialty pharmaceutical and consumer healthcare group, Hyphens is currently working with sugar-based surfactant micro-emulsions technology from A*STAR’s Institute of Chemical and Engineering Sciences (ICES), and is collaborating with SRIS researchers to develop new treatments for acne and hyperpigmentation disorders.

Where are we going with treatments?

Treatments for acne are a multi-billion-dollar industry. From antibiotics and hormonal therapies to anti-inflammatory agents and dietary supplements, there is a bewildering array of choices. International guidelines recommend using a topical antiseptic and topical retinoids as first-line therapy. However, if the acne doesn’t respond, patients are prescribed antibiotics and, in severe cases, oral retinoids that have many undesirable side effects.

However, presumptions around standard treatments have been undermined in recent years. For instance, during acne flare-ups, the normally harmless bacteria

Cutibacterium acnes (formerly known as Propionibacterium acnes) is thought to colonize comedones, causing inflammation. Antibiotics can kill the bacteria, however, acne appears to respond even when

C. acnes forms a resistance to the treatment. It’s possible, says van Steensel, that the antibiotics are actually working by dampening the patient’s immune response to the bacteria, or the antibiotics may promote tissue remodeling, rather than eliminating the bacteria itself.

With each new finding on acne treatments emerge and offer renewed hope to millions. For example, therapeutic antibodies that reduce the body’s inflammatory response to C. acnes have recently been met with cautious optimism by dermatologists. These antibodies work against a toxin secreted by C. acnes, Christie-Atkins-Munch-Peterson (CAMP) factor, and have been shown to reduce inflammation in mice and human skin tissue. Further studies will be required to determine if CAMP factor-targeted agents have an impact on multiple strains of bacteria on the skin, which could disturb the skin’s integrity and make a patient’s condition worse. 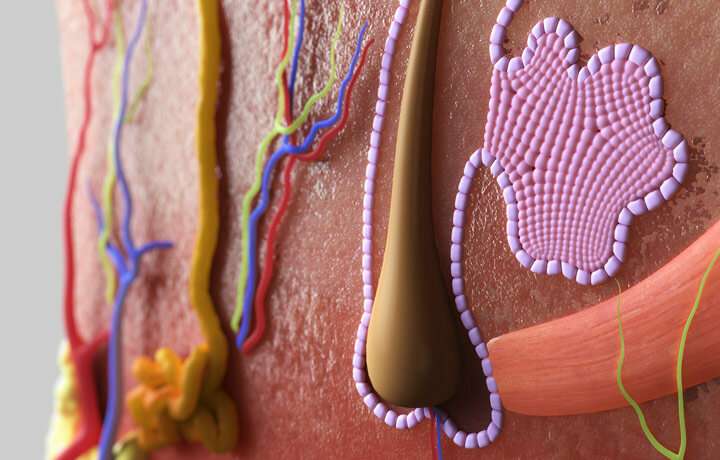 For their part, the Acne and Sebaceous Gland Program are working on the identification of compounds to treat oily skin, a condition observed in many people with acne. “Although this is not the cause of acne, it is still a problem as it might disrupt the skin’s normal balance. It is also possible that some compounds that reduce oil production might ameliorate acne,” says van Steensel.

The role of environmental factors in acne also remain poorly understood. A recent survey of identical twins showed a link between sugar intake and acne severity, highlighting the influence of diet in genetically predisposed individuals. However, van Steensel concludes that “studying the effect of diet on acne is very difficult, because current treatments seem to work across the board, in people with different genetic susceptibility and lifestyles. It seems that there is a shared bottleneck, a mechanism that we are aiming to target more specifically and with minimal unwanted side effects.”

His observation will be music to the ears of millions of acne sufferers.