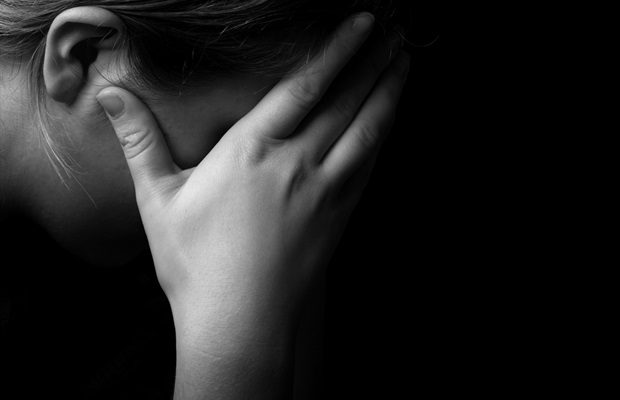 NOTICE: This Consumer Medicine Information (CMI) is intended for persons living in Australia.

What is in this leaflet

This leaflet answers some common questions about Nupentin.
It does not contain all the available information.
It does not take the place of talking to your doctor or pharmacist.
All medicines have risks and benefits. Your doctor has weighed the risks of you taking Nupentin against the benefits it is expected to have for you.
If you have any concerns about taking this medicine, ask your doctor or pharmacist.
Keep this leaflet with the medicine.
You may need to read it again.

What Nupentin is used for

Nupentin is used to control epilepsy. Epilepsy is a condition where you have repeated seizures (fits). There are many different types of seizures, ranging from mild to severe.
Nupentin is also used to treat neuropathic pain, a type of pain caused by damage to the nerves.
This medicine belongs to a group of medicines called anticonvulsants.

This medicine is thought to work by controlling brain chemicals which send signals to nerves to help control seizures or neuropathic pain.
Nupentin also has pain relieving effects.
Your doctor may have prescribed Nupentin in addition to other medicines that you may be taking. This may be necessary if your current treatment is no longer working as well.
Your doctor may have prescribed Nupentin for another reason.
Nupentin may lead to dependence on this medicine.
Ask your doctor if you have any questions about why Nupentin has been prescribed for you.
This medicine is available only with a doctor’s prescription.

When you must not take it

Do not take Nupentin if you have an allergy to:
any medicine containing gabapentin, the active ingredient in Nupentin
any of the ingredients listed at the end of this leaflet.
Some of the symptoms of an allergic reaction may include:
shortness of breath
wheezing or difficulty breathing
swelling of the face, lips, tongue or other parts of the body
rash, itching or hives on the skin.
Do not take Nupentin after the expiry date printed on the pack or if the packaging is torn or shows signs of tampering.
If it has expired or is damaged, return it to your pharmacist for disposal.
If you are not sure whether you should start taking Nupentin, talk to your doctor or pharmacist.

Before you start to take it

Tell your doctor or pharmacist if you have allergies to:
any other medicines, especially barbiturates or any other anticonvulsant medicines
any other substances, such as foods, preservatives or dyes.
Tell your doctor if you have or have had any of the following medical conditions:
kidney problems
mixed seizure disorders that include absence seizures.
Tell your doctor if you are pregnant or plan to become pregnant.
Nupentin may affect your developing baby if you take it during pregnancy. However, it is very important to control your fits while you are pregnant. If it is necessary for you to take Nupentin, your doctor can help you decide whether or not to take it during pregnancy.
Tell your doctor if you are breast- feeding or plan to breast-feed.
Nupentin passes into breast milk. The effect on your breast-fed baby is unknown.
If you do breast-feed, watch your baby carefully.
If your baby develops a skin rash, becomes sleepy or has unusual symptoms, don’t breast-feed again until you speak to your doctor.
Your doctor can discuss the risks and benefits of breast-feeding with you.
If you have not told your doctor or pharmacist about any of the above, tell them before you start taking Nupentin.

How much to take

Your doctor will tell you how many capsules you need to take each day. This may depend on your age, your condition and whether or not you are taking any other medicines.
Your doctor may recommend that you start with a low dose of Nupentin and slowly increase the dose to the lowest amount needed to control your epilepsy/convulsions or neuropathic pain.

How to take it

Swallow Nupentin whole with a full glass of water.

When to take it

How long to take it

Continue taking your medicine for as long as your doctor tells you to.
Nupentin helps control your condition, but does not cure it. Therefore you must take your medicine every day, even if you feel well.
Do not stop taking Nupentin, or lower the dose, without checking with your doctor. Do not let yourself run out of medicine over the weekend or holidays.
Stopping Nupentin suddenly may cause unwanted side effects or make your condition worse. Your doctor will slowly reduce your dose before you can stop taking it completely.

If you forget to take it

If it is almost time for your next dose (within 4 hours), skip the dose you missed and take your next dose when you are meant to.
Otherwise, take it as soon as you remember, and then go back to taking Nupentin as you would normally.
Do not take a double dose to make up for the dose that you missed.
This may increase the chance of you getting an unwanted side effect.
If you are not sure what to do, ask your doctor or pharmacist.
If you have trouble remembering to take Nupentin, ask your pharmacist for help.

If you take too much (overdose)

Immediately telephone your doctor or Poisons Information Centre (telephone Australia 13 11 26 or New Zealand 0800 POISON or 0800 764 766) for advice, or go to Accident and Emergency at the nearest hospital, if you think that you or anyone else may have taken too much Nupentin.
Do this even if there are no signs of discomfort or poisoning.
You may need urgent medical attention.
Symptoms of an overdose may include you falling unconscious, feeling drowsy, weak, unsteady when walking, having double vision, slurred speech or diarrhoea.

While you are taking Nupentin

Things you must do

Things you must not do

Do not take Nupentin to treat any other complaints unless your doctor tells you to.
Do not give Nupentin to anyone else, even if their symptoms seem similar to yours or they have the same condition as you.
Do not stop taking Nupentin or lower the dose without checking with your doctor.
Stopping Nupentin suddenly, if you have epilepsy, may cause unwanted side effects or make your condition worse. Your doctor will slowly reduce your dose before you can stop taking it completely.

Things to be careful of

Be careful driving or operating machinery until you know how Nupentin affects you.
As with other anticonvulsant medicines, Nupentin may cause drowsiness, dizziness, light-headedness or sleepiness in some people. Make sure you know how you react to Nupentin before you drive a car, operate machinery, or do anything else that could be dangerous if you are dizzy or light-headed. If this occurs do not drive.
Children should not ride a bike, climb trees or do anything else that could be dangerous if they are feeling drowsy or sleepy.
Be careful when drinking alcohol while you are taking Nupentin.
Combining Nupentin and alcohol can make you more sleepy, dizzy or light-headed. Your doctor may suggest you avoid alcohol while you are being treated with Nupentin.

Tell your doctor if…

Tell your doctor or pharmacist if you notice any of the following and they worry you:
dizziness* or light-headedness
feeling tired or drowsy*
unfriendliness*
unusually overactive*
forgetfulness, loss of concentration or confusion
difficulty speaking
changes in your weight*
constipation, diarrhoea
nausea and/or vomiting*, indigestion
dry mouth, red swollen gums
muscle pain or cramps, back pain
swelling of the hands or feet
runny or blocked nose
fever*
bronchitis*, lung infection*
sore throat and discomfort when swallowing, coughing.
The above list includes the more common side effects of Nupentin. They are usually mild and short-lived.

Tell your doctor as soon as possible if…

Tell your doctor as soon as possible if you notice any of the following:
weakness, unsteadiness when walking including falling, reduced co-ordination or slowed reactions
unusual changes in mood* or behaviour such as restlessness, nervousness, or excitement
signs of new onset of, or increased irritability or agitation
signs of depression
seeing or hearing things that are not there, irrational thinking
blurred or double vision, uncontrollable jerky eye movements, difficulty seeing
signs of frequent infections such as fever, severe chills, sore throat or mouth ulcers.
trouble breathing or shallow breaths (respiratory depression)
loss of consciousness
The side effects in the above lists marked * have been specifically reported in children taking Nupentin.

Go to hospital if…

Tell your doctor immediately or go to Accident and Emergency at your nearest hospital if you notice any of the following:
more frequent or more severe seizures (fits)
chest pain, a very fast heart rate
sudden signs of allergy such as rash, itching or hives, fever, swollen lymph glands, swelling of the face, lips, tongue or other parts of the body, shortness of breath, wheezing or difficulty breathing.
The above list includes very serious side effects. You may need urgent medical attention or hospitalisation. These side effects are very rare.
Tell your doctor or pharmacist if you notice anything else that is making you feel unwell.
Other side effects not listed above may also occur in some people.
Some of these side effects (for example, changes in thyroid function, structures of bones, high cholesterol, levels of sugar in your blood or blood pressure) can only be found when your doctor does blood tests from time to time to check your progress.
Do not be alarmed by the list of possible side effects.
You may not experience any of them.

Keep Nupentin where children cannot reach it.
A locked cupboard at least one-and-a-half metres above the ground is a good place to store medicines.
Keep your capsules in the pack until it is time to take them.
If you take the capsules out of the pack they may not keep well.
Keep your capsules in a cool dry place where the temperature stays below 25°C.
Do not store Nupentin or any other medicine in the bathroom or near a sink.
Do not leave Nupentin in the car or on window sills.
Heat and dampness can destroy some medicines.

If your doctor or pharmacist tells you to stop taking Nupentin, or your capsules have passed their expiry date, ask your pharmacist what to do with any that are left over.