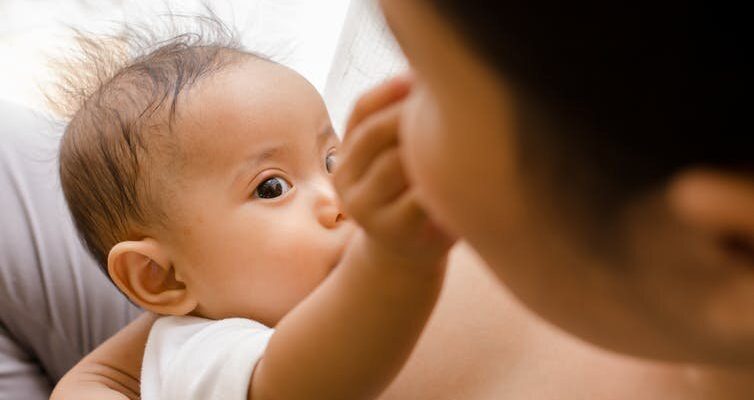 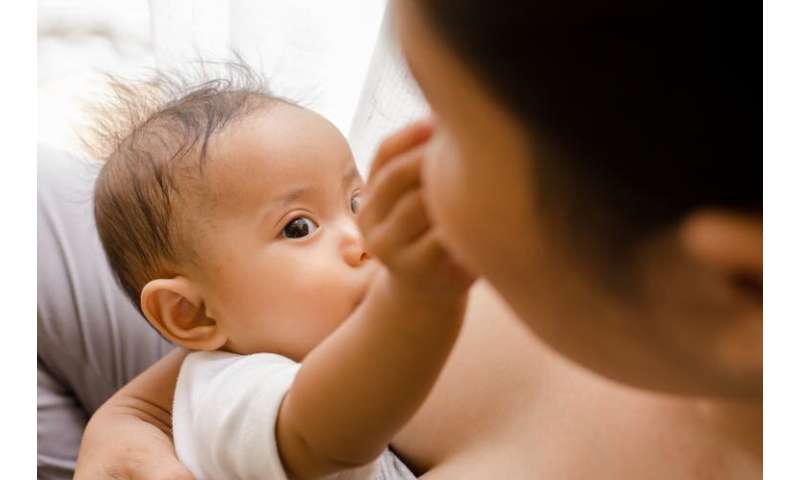 Should every baby born by cesarean section (C-section) be given a smear of microbes to the mouth, nose or skin from the mom’s vagina soon after birth?

This controversial pregnancy trend is called “vaginal seeding” or “microbirthing” and the intention is to make these babies more immune to disease.

The reason for this practice is that babies born by C-section have an increased risk of developing health problems later in life, including allergies and asthma.

This may be because C-section babies are not exposed to the kinds of microbes from the mom that can help to influence their fragile immune systems for the better, unlike in a vaginal delivery.

I am an immunologist who studies the gut microbiome and the scientific director of the International Microbiome Centre at the University of Calgary, where we investigate the impact of the trillions of bacteria in the human body that make up our microbiome on chronic disease.

Vaginal seeding has pros and cons. The pro is that it may provide the baby with microbes from the mom that it would have been exposed to in a natural birth. The con is that it could seed the baby with potentially pathogenic or harmful bacteria.

We require much more research before accepting vaginal seeding. Given that we don’t know if a vaginal swab could be carrying a pathogen of some kind, we would need to have controlled screening of the mom’s microbiome.

The gut microbiome is comprised of microbes, which include bacteria, fungi and viruses. The microbiome serves many functions, including helping us to digest our food, protecting us from disease and regulating immune function.

We know a baby’s first 1,000 days are critical to its development, and that a baby’s microbiota can be heavily impacted by many factors including whether the birth is vaginal or a C-section.

This is because mother and child share a microbial bond, which may be formed even before birth. An important step in the development of this bond occurs during the birth, when the baby’s skin, nose and mouth are seeded with microorganisms from the mom’s body.

This microbial connection can impact childhood development and influence the delicate balance between health and disease, although it has not been proven that differences in birth have an impact much later in life.

A recent study of the newborn microbiome showed evidence that babies who are born through the vaginal canal host different microbes than newborns delivered by C-section. This might help to explain why some children have immune systems that are not as strong as others.

C-section babies in the study were missing strains of commensal (friendly) bacteria typically discovered in healthy people. They were found to have picked up harmful microbes usually found in hospital environments.

The pioneer bacteria that first enter a newborn should be from the mother’s gut and vagina rather than the skin or hospital environment, especially given that the hospital-acquired bacteria can be an unwanted source of antimicrobial resistance.

An alarming report on antimicrobial resistance in Canada recently cautioned that the percentage of bacterial infections resistant to treatment is projected to grow to 40 percent by 2050 from 26 percent in 2018, and could cost Canada 396,000 lives and hundreds of billions of dollars.

Yet, there are many factors to consider and changing the initial microbial exposure is only one difference between natural birth and C-section. There is a potential risk that vaginal seeding could transfer infections such as Group B streptococci, HIV and chlamydia.

It is also clear that not every baby born via C-section will later develop a disease, such as an allergy or asthma.

There were 104,349 C-sections in Canada during 2017-18, compared to more than 103,000 the previous year. C-section tops the list of inpatient surgeries even as birth rates decline, according to the Canadian Institute for Health Information.

There are no statistics to show the extent of the practice of vaginal seeding in Canada, although the practice has been known in North America for several years.

In the United States, the American College of Obstetricians and Gynecologists released guidelines in 2017 cautioning against the practice until further study.

I would also advise against vaginal seeding—except in research settings—until we know more of the long-term effects.