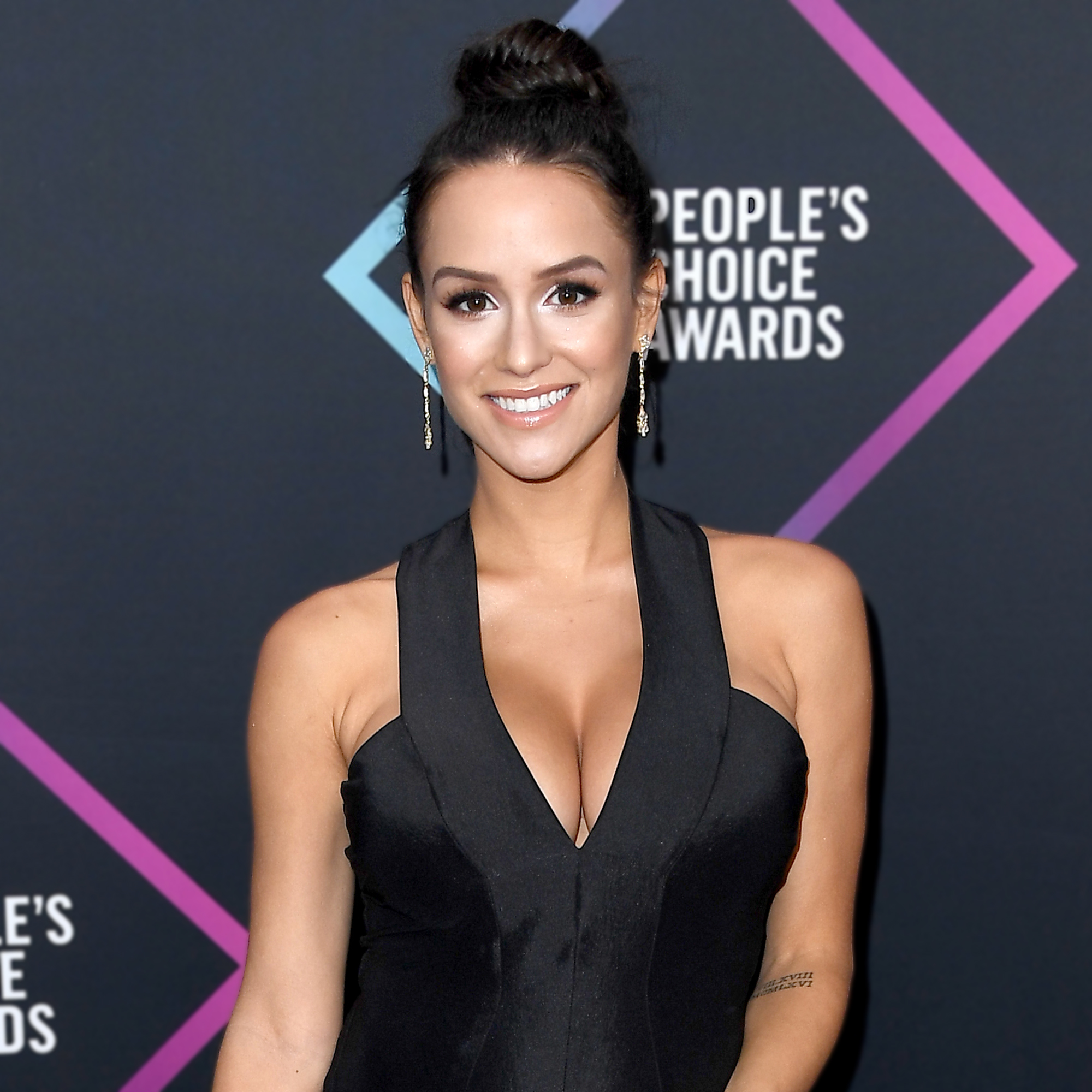 “4 weeks post! How crazy!” the Big Brother alum, 28, captioned her Thursday, April 18, Instagram Story. In the video, she lifted her tank top to show off her bare belly.

The Amazing Race alum’s husband, Cody Nickson, took over Graf’s “Now What?!” podcast on March 20 to announce their daughter’s arrival.

After detailing his wife’s high blood pressure and emergency C-section, the former Marine, 34, said, “15 minutes later on St. Patrick’s Day, our little bundle of joy arrived.” Maverick weighed in at 6 pounds and 7 ounces.

The pair gave fans a first glimpse of their baby girl with a black-and-white photo on the little one’s Instagram account that same day. “Hi world!” the sweet shot read.

The reality stars, who met and fell in love on season 19 of Big Brother, announced in September 2018 that they were expecting.

“WE’RE PREGNANT! And I’m over the moon!” Graf captioned their Instagram reveal at the time. “I’m so excited to bring our first child into this life we have created together!”

The mom-to-be debuted her baby bump three months later, which she waited to do “because people online can be TROLLS,” she admitted on Instagram. “I’m very confident, and rude comments don’t bother me anymore. I’ve developed thick skin for it and I’ve also developed one hell of a ‘Blocked’ list so I don’t see most of it.”

Maverick is the Rhode Island native’s first child, while her husband has a daughter, Paisley, from a previous relationship. She was the flower girl in the couple’s October 2018 wedding.

“It was a gorgeous wedding and a ton of fun,” the pair’s former castmate Alexander Rossi told Us Weekly exclusively at the time. “Cody and Jess have become great friends to me and my girlfriend, Kelly. It was super fun to be there with Conor [Daly].”