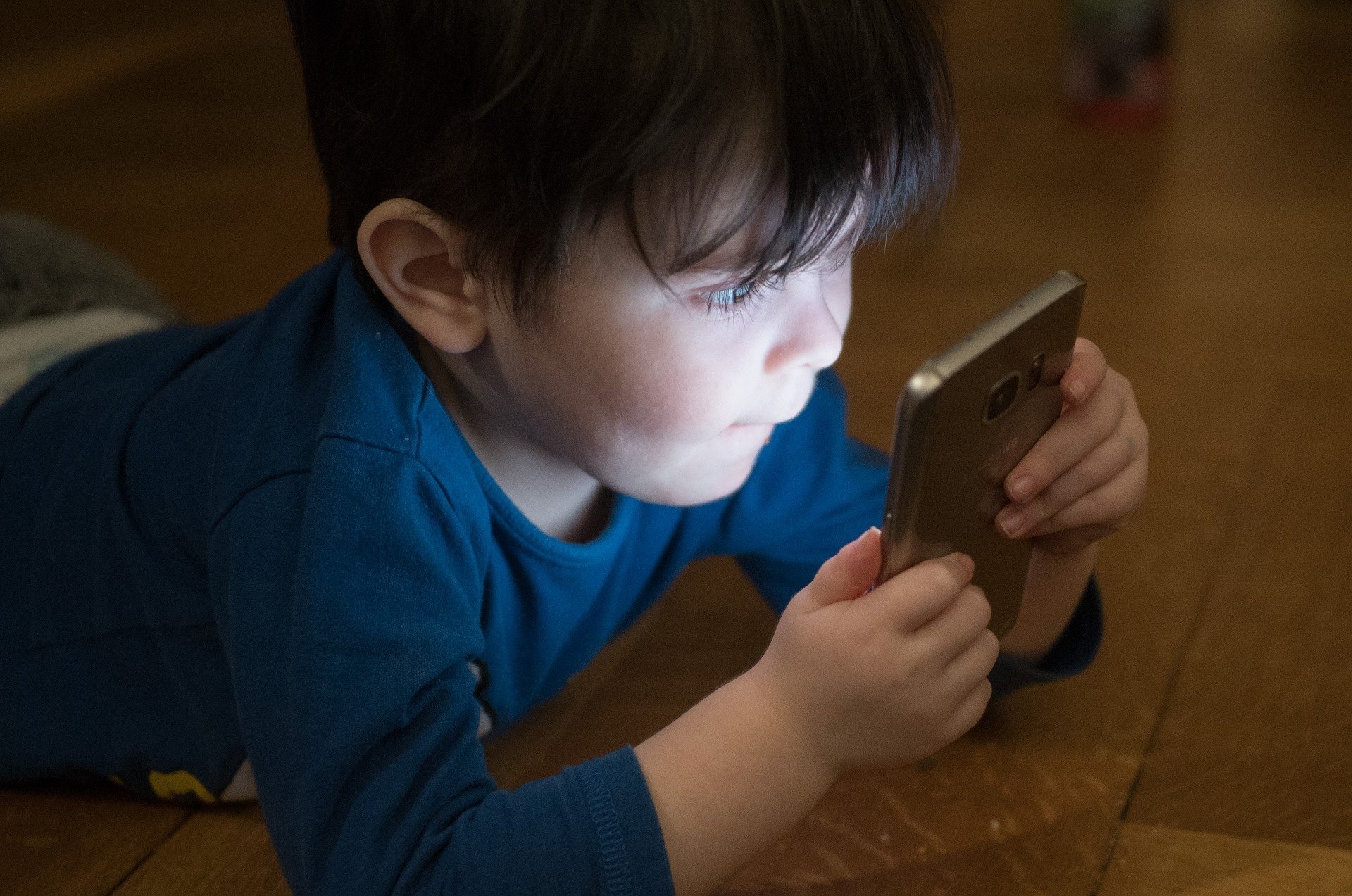 Scream time. That’s what I’ve taken to calling the drama that can come from enforcing screen time limits with my kids. And no, it’s not just them doing the screaming.

My husband and I had navigated screen use with our two kids, Christopher, 7, and Gabrielle, 5, keeping the binge-watching and gaming at bay by focusing mostly on math or word games, chess and puzzles.

That is, until we bought tablets for the kids, and then added an Xbox One to the family living room this past Thanksgiving. With the gaming console have come many very immersive, (mostly) age-appropriate games and some heated encounters with kids who don’t want to stop playing them.

These days, emotions get high with kids in the middle of the most important move in their virtual worlds and me, a frustrated parent trying to return my screen-zombies-in-the-making to the land of the living.

“Now it has just made our lives so much harder, ” said Darcy Cobb of Los Angeles, whose 11- and 12-year-old children, Tate and Lachlan, joined us at the USA TODAY Los Angeles bureau recently for a chat with kids on the role tech plays in their lives. .

New devices at home come with the need for rules of engagement—or the opportunity to revisit what your family has been doing with tech and media.

For my family, this means refining our approach from Mom giveth and Mom will taketh away to replace it with something the kids understand and something we parents are more likely to uphold.

“Today’s parents are up against a lot,” said Richard Bromfield, a clinical psychologist on faculty at Harvard Medical School. “Brilliant technologies that literally hack kids’ brains to exploit and transform their interest into absolute craving. A culture where everyone overuses screens. And, of course, parents’ own craziness with their screens.”

Studies show the negative effects of overusing screens and media at a young age. By now, we all have heard that excessive screen time can affect academic performance, attention, social interactions, sleep and potentially lead to obesity, among other negative effects.

“Recent research suggests it’s affecting how [the] brain grows,” Bromfield added. “And maybe most scary, it seems the earlier screens enter your child’s life, the more profound the bad effects.”

While both of my kids gravitate more toward books, Legos, Hot Wheels, Barbies and board games, the siren call of the screens is growing louder, particularly with the influence of their peers.

In other words, it’s a “Fortnite” world, even if we aren’t a “Fortnite” family. Like the screens it’s played on, the wildly popular game is everywhere and continuing to grow its fan base and getting infused into popular culture. Even the kids who don’t really know the game know all of the “Fortnite” dances and start rhythmically twitching the moves.

Despite the concerns, tech in our lives should not be completely demonized, Bromfield said, “Parents reasonably understand that technology offers much that is wonderful, educational and healthy.”

So, for all the good, the bad and to minimize the ugly, my family is taking the advice of pediatricians and child media advocates: We’re setting up more formal parameters around how our family uses media on screens.

On top of using the tools in the devices that support parental supervision, we are discussing as a family how we should use screens and consume media.

Make it a written family contract

“It’s a good place to start,” said Sierra Filucci, executive editor of parenting content for Common Sense Media—herself the mother of a tween and teen. “It can be really helpful to have a document that everyone can agree on… and even adjust.”

Common Sense and the American Academy of Pediatrics, among others, offer a robust template for families to fill out to make it their own.

As we work through ours, my family is talking through what works best for us. My husband and I figure the more our son and daughter have a say in it, the more invested they will be in maintaining our family rules.

Filucci agreed: “It’s important to get kids involved in setting the limits and figuring out what makes sense.”

Getting a new tablet, Xbox or Nintendo Switch at the holidays can present the perfect opportunity to define or revisit family rules.

We don’t expect this to end all tech tantrums, but it gives us something to point to every time—a concrete and consistent reference both for parents and kids.

If you’re looking for a definitive answer for what the screen time rules should be, here it is: That depends on your family.

As the saying goes, different strokes for different folks. What your kids can or should have access to will depend on your family’s values, their ages and even, perhaps, their individual personalities. You may decide there’s a need to have different rules for different children in your family. It has to fit your circumstances.

Things to consider in putting a family media plan together:

* When and where can devices be used

* What kind of content is acceptable. (Maybe that means setting a rule around R or PG-13 movies without a parent’s OK )

* What are the consequences if rules aren’t followed

Ultimately, the key to this exercise isn’t just to come up with a bunch of rules. It’s also about having the conversation, not just once but as an open, ongoing exchange about media and technology in general.

“We have very open dialogs in terms of consequences,” said Jacyln Naidoo of Manhattan Beach, California. Consequences in the conversations she has with her 12-year-old daughter, Ella, aren’t simply about breaking rules, but about real-world missteps in social media. Her goal is to impart and model good citizenship and responsibility in her daughter’s tech life.

“I think we as parents need to step in more…” she said. “I’m present. It starts at home.”

Being present takes on a new urgency as these technologies become more infused in our lives. “Helping your child manage screens is…hard,” said Bromfield, whose book, “Standing Up to Screens: A Doable Plan for Parents United,” comes out in January. “But consider the alternatives, the risk if you don’t.”

However plugged in you are as a parent, technology is so much more integrated into our every day than it was, perhaps, when we were growing up. Today, kids’ mistakes are often captured on video for the world to see.

“The generation above us…the grandparents constantly say, oh gosh, the parents nowadays, you guys are helicopter parents, you’re hovering,” said Jennifer Keller, a mom in Los Angeles. “I don’t know if they really understand how much we have to hover.”

Set aside screen-free times and zones

Just because we can take our devices and access all kinds of content practically everywhere doesn’t mean we should.

“Make sure there are some kind of sacred spaces or special spaces or times when you are going to deprioritize screens and prioritize other things,” Filucci said.

Dinnertime is a good place to start. Studies have shown that teenagers who engage in mealtime media use are more prone to problems like poor nutrition and communication skills.

Bedrooms are another place to consider keeping tech-free since devices are shown to disrupt sleep. And, unless devices are needed to get the work done, it’s a good idea to limit access to unrelated screens during homework time.

A pediatrician I had chatted up a couple of years ago said that, in her family, they actually put the cell phones in a drawer when they walk in the house, to instead focus on being more fully present at home rather than lost inside their phones.

Some parents do more than take devices at bedtime; they also install apps such as OurPact to see what their kids are actually doing on those screens and manage their kids’ devices from their own.

Our kids see what we parents do, especially when it doesn’t match what we say.

I remember my mom would go on about the dire perils of smoking—with a cigarette dangling from her lips. She absolutely meant her admonition with every fiber of her being. She was just too hooked to model the healthier choice.

The same can be said for how parents use technology. My kids see me when I am too focused on finishing that oh-so-poignant Facebook post to actually take my eyes off the screen and just look at them while they’re talking to me. And they call me on it.

In creating our family media plan, we are having our kids voice their thoughts on what the rules for Mom and Dad should be, not solely for their involvement but also to get a better sense of how they view our use.

“To know that their parent is open to having a conversation about that is more likely they will bring that conversation to you,” Filucci said.

While parents tend to be the voice in their children’s heads, listening is essential, Filucci said.