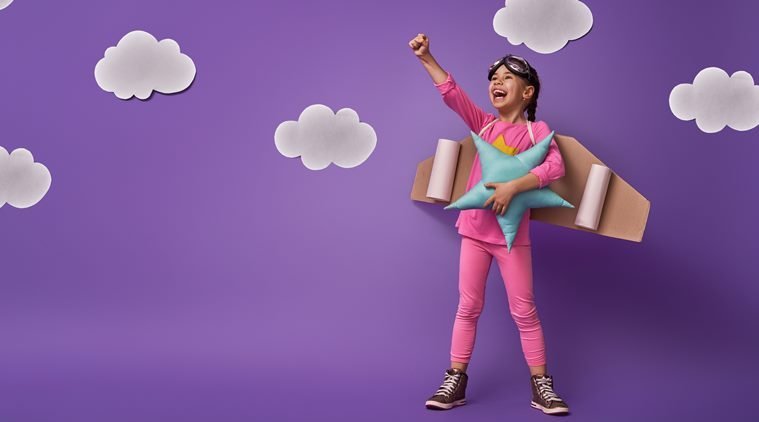 We’ll never know exactly what was here before the Solar System; that evidence has long been blown away into space. But we can see other places in the Milky Way that give us a rough idea of what it might have looked like at various stages in its evolution. Why is the sky blue?

The sunlight is a combination of seven colours, violet, indigo, blue, green, yellow, orange and red (VIBGYOR). Blue has the shortest wavelength, which increases towards the red band.  The air molecules scatter smaller wavelength colours. Hence, on a clear cloudless day, the sky appears blue because molecules in the air scatter blue light from the sun more than they scatter red light. When we look towards the sun at sunset, we see red and orange colours because the blue light has been scattered out and away from the line of sight.

How big is the universe?

The universe is believed to be ever expanding according to the Big Bang Theory. According to the current status, our universe is 93 billion light years in diameter. The light-year is a unit of length which is the distance travelled by light in one year. One light year is equal to 9.46 trillion kilometres i.e. 9.46 x 1012 km. This means if light takes one year to reach us from a celestial object then that object is 9.46 trillion kilometres away from us. It is also believed that all the stars, planets and galaxies that can be seen today make up just four per cent of the universe.

What is the sun made of?

The sun is a ball of gases. Most of this gas is hydrogen (about 70 per cent) and helium (about 28 per cent). Carbon, nitrogen and oxygen make up 1.5 per cent and the other 0.5 per cent is made up of small amounts of many other elements such as neon, iron, silicon, magnesium and sulphur. The heat in the sun is a result of the fusion of hydrogen into helium.

Why can we see the moon during the day?

The moon becomes visible when it reflects sunlight. It is the closest celestial object to us. The moon makes a complete orbit around earth every 27.3 days and takes about 29.5 days to appear in the same phase in the sky.

Only one half of the moon gets illuminated by the sunlight, which we see from different angles as it rotates around the Earth. As the moon gets closer to the New Moon phase of its cycle, its distance from the Sun decreases. This means that while it is less visible at night, during the daytime, it is brighter. What was there before there was anything?

We’ll never know exactly what was here before the Solar System; that evidence has long been blown away into space. But we can see other places in the Milky Way that give us a rough idea of what it might have looked like at various stages in its evolution.

Our universe is believed to be 13.8 billion years old, plus or minus a few hundred million. Our Milky Way galaxy also got simultaneously formed. Our Solar System is just 4.5 billion years old.

Astronomers believe that the Milky Way was formed when smaller dwarf galaxies merged together to create the grand spiral we know today.

What’s a fireball or meteor?

There is an asteroid belt in the solar system, located roughly between the orbits of the planets Mars and Jupiter. It is occupied by numerous irregularly shaped bodies called asteroids or minor planets which failed to make into a planet. These are mainly made up of rocks.

Sometimes, some small rock gets deflected from the belt and pulled towards other planets like earth due to gravity. Once they enter the earth’s atmosphere, due to friction with the air molecules, they become incandescent and appear like a streak of light or a fireball. These are called meteors. Generally, the meteors get burnt completely in the earth’s atmosphere but sometimes some of these survive their passage through the atmosphere to reach the surface of the earth. Such meteors are called meteorites.

Will we ever discover aliens?

Search for Extra-terrestrial Intelligence (SETI) and other such organisations in the related field, have found more than 2,000 confirmed exoplanets. Scientists are now trying to characterise which of these planets may be the most habitable.  So the search is on. Let us wait.

(Some information has been sourced from space.com and universe.com.)

(The author is Lead, Curriculum-Science and Math at Shiv Nadar School.)