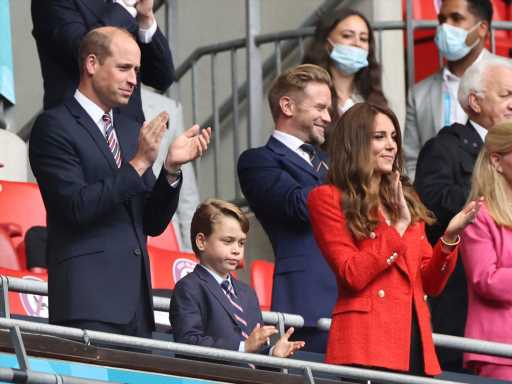 These days, children are growing up in a completely different world, and social media is playing a huge part. As they continue to raise their three children, Prince William and Kate Middleton definitely have a lot to consider when it comes to bringing up their kids in the public eye with the ever-looming stress of social media. Fortunately, the couple is already taking thoughtful steps to ensure their eldest son, Prince George, has a happy childhood as he grows up to one day become King of England. 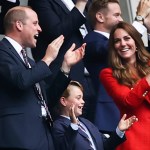 Naturally, the Duke and Duchess of Cambridge are “nervous about what the future holds for George,” a source tells Us Weekly, especially as social media becomes an integral part of daily life. Luckily, Prince William and Kate are already ensuring that their children have some semblance of privacy, and that includes being more discerning about the public events their children attend. “The Cambridges feel it’s necessary to shield George, Charlotte and Louis from the spotlight and have become cautious about the appearances [they] make,” the source continued. “Kate and William are being more selective about the events [Prince George] attends.”

Indeed, Prince George is “growing up in a different era to his parents,” the source continued. “Times have changed since then. There wasn’t social media or internet trolls when William and Kate were children.” Despite growing up in the public eye, even Prince William was not met with the same stresses and toxicity that social media can present when he was George’s age. As such, Prince George is the first future King of England to have to deal with such scrutiny from the time that he’s just a child.

Internet trolls have already had an impact on the royal family. Prior to the reveal of his 8th birthday portrait, a report circulated that claimed the Cambridges might not release one due to “the rudeness of people” who were “mocking” Prince George online. Fortunately, the Cambridges did share the portrait of their son, and so many royal fans were delighted to see the photograph.

The most recent appearance that Prince George made was at the Euro Finals when England played Italy. Even then, photos of George were practically all over Twitter, and earned the meme treatment from some. Bearing this and previous events in mind, it’s clear that Prince William and Kate are definitely taking a totally different approach to parenting. It’s refreshing that they’re choosing to prioritize their children’s privacy and happiness over exposure. While we love seeing images of the three young Cambridges, knowing that they’re growing up in a safe, healthy environment and not being overly exposed offers even better peace of mind for any longtime royal fan.