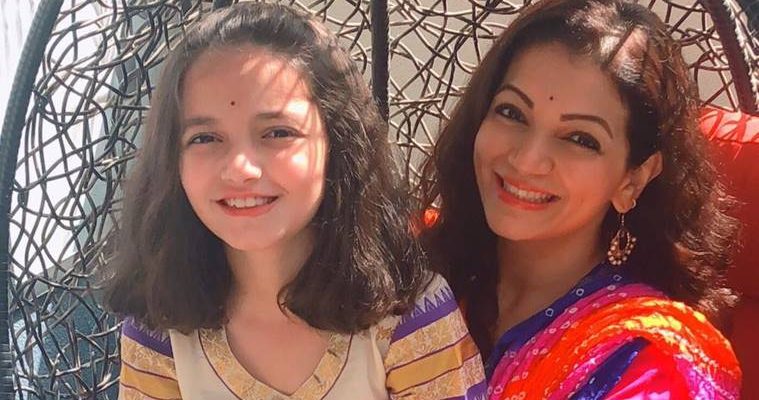 "There must be that degree of frankness and ability to discuss anything you want openly…Parents must not be strict to the point of exclusion of discussions and discouraging honesty in kids, but they need to be firm and clear," said the actress. 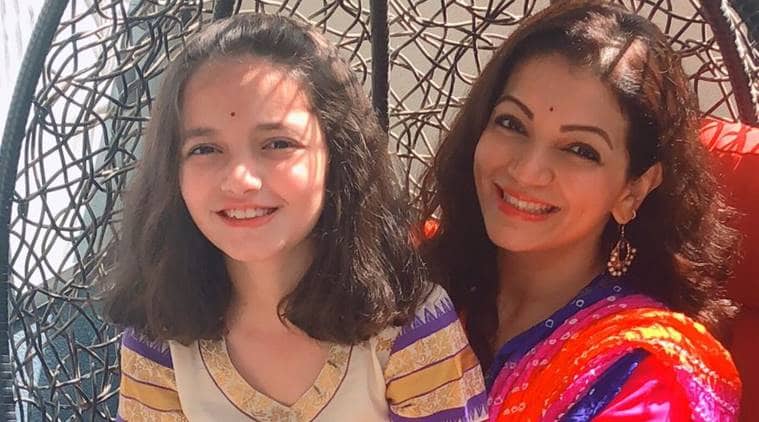 It is all about celebrating work and family for actress Prachee Shah Paandya. She holds a Guinness record for performing 93 spins in a minute, in Kathak, is performing on stage to roaring ovations, while wrapping up work in blockbusters including Student of the Year, Mulk, Judwaa 2, ABCD 2…having packed in mega TRP spinners in Kyunki Saas Bhi Kabhi Bahu Thi, Ek Shringaar -Swabhiman, a Barjatya production, on the telly. The soft-spoken Prachee Shah Paandya is busier than the proverbial bee, handling her hectic shoot schedule, home and hearth, and heart as she brings up her 11-year-old daughter Khiana. Excerpts from a conversation:

So are you dealing with the pre-teen tantrum phase?

Honestly, I am getting used to the mood swings and a sudden rush of emotions now and then. I attribute it to menarche, probably. The dynamics have changed incredibly these days. Each day at a time, I believe. 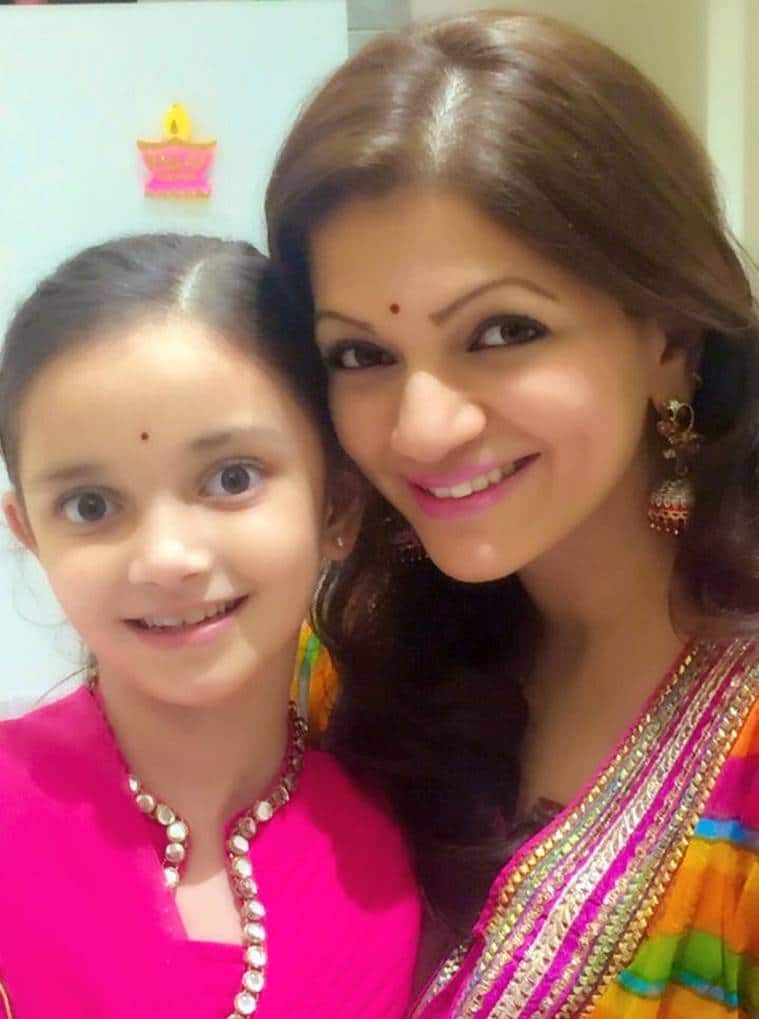 What is the latest gift that you have bought for her?

Vishwas and I just gifted her with a phone. Of course, we were told that everyone had already possessed a phone before she got hers (smiles broadly).

Have you set a ration schedule in place?

Oh yes. So far her vacation is in progress but once school starts, it will be rationed to a limited time. Kids are not allowed to take phones to the school anyway. I have not yet encountered the “taking the phone inside the closed room” phase. But then Khiana still sleeps with us.

Who is the strict parent, you or Vishwas?

Me, I am the disciplinarian. Vishwas is cool, though when he loses his temper, Khiana knows he means serious business. Like just yesterday there was a big argument about the phone usage, getting addicted to it and we explained our concern. It didn’t go down very well with her. But the argument drove the point home. Khiana did not touch the phone for the rest of the day even though it was accessible. 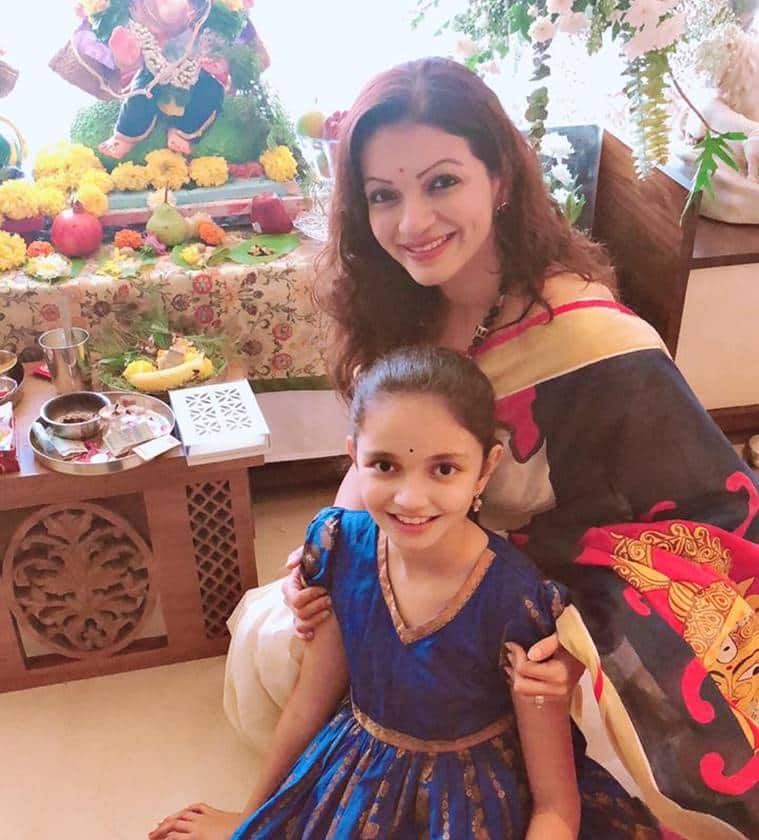 You obviously think this grounding is important. Should parents be parents or friends?

Children have many friends, but only one set of parents. There must be that degree of frankness and ability to discuss anything you want openly. For instance, I pursued classical dance as a child, and sometimes simply could not perform in class owing to severe cramps during my period. I remember telling my father this, and skipped the class. It was a genuine reason, there was ready acceptance on my parents’ behalf to my statement. I don’t know how many daughters are that comfortable with their fathers, but I certainly was. Parents must not be strict to the point of exclusion of discussions and discouraging honesty in kids, but they need to be firm and clear.

You think you have been able to instill this in Khiana?

I think so, I hope so! Like the other day she was at her best friend’s place for a sleepover, and at 11 pm she messaged me, asking me if she could have ice-cream. She knows that when she eats ice-cream at night, she tends to develop a stuffy nose the following day. But the very fact that she thought of asking me, running it past me, before taking a decision, made me feel very good. Of course, I messaged back saying “Yes”. But that is what I mean. Even if it is something seemingly inconsequential, the thought that comes in a child’s head that let me run it past mom or dad, the popping up of this thought is very vital. It means you are doing something right as a parent.

It knits her to you and her dad, and then permeates into all her actions?

Yes, and for even later. See, all our children study in co-ed institutions, there is an air of camaraderie between boys and girls that is perfectly fine. Times have changed. A few years later, if my child decides to have coffee with a boy, I am fine with that. Khiana and I talk about everything. I would like it if he comes home a couple of times, and thereafter they start going out for coffee. As parents we need to nourish that warmth in our home environment.

Any rule that is in practice at home?

I am an organised person. You will never find any clutter in my home. The kitchen is well-stocked always. The newspapers, after we have read them, go neatly folded back into their place, everything is neat and tidy. So everything must be in its place. This also promotes positive energy.

Vishwas and I hardly entertain anyone during the week as Khiana has school the following morning. Kids do get distracted when guests are over. We entertain outside mostly, except on weekends. No smoking is allowed at home, drinks are fine. But then I am not one of those parents who will get drunk and stay awake till 3 am with my child watching me in an inebriated state. That is just not me.

What has the parenting that you have grown up with taught you?

Both my parents were working and they have brought up my younger brother and me beautifully, into strong, independent, career-oriented individuals. We were always encouraged to make use of our mettle. My brother is based in Abu Dhabi; he is the youngest commander with an airline, doing exceedingly well in his choice of career. I got married on my own expense, bought my house, car…with my own hard-earned money, have travelled the world on the dint of my acting assignments and shows. It is a wonderful feeling. I owe the education and guidance to my parents. I hope to instill the same values in Khiana.

Exactly. I am constantly performing a reality check on her. Every day, you cannot order two doughnuts for Rs 330; who is going to pay for it? And do you really need the junk calories? But then I also push her on the everyday stuff: like have you had enough water to drink today, eating healthy.

Does Khiana go for any classes?

Gymnastics and western dance. I am very particular about her not missing classes. Unless she is extremely unwell. You can’t skip your gymnastics class for attending a birthday party. Attend one hour of the two-hour class and then go, at the best. There needs to be discipline. You cannot decide today at random that tomorrow I am not going for the class. Not cool. If you are slightly unwell, but can manage, go. Else if you severely unwell, skip. I will speak to the teacher and reschedule. So far it has been a one-on-one class for her, but now I want her to join a group class.

How aware is she of your work?

Khiana loves it when her friends, people around talk about me, my work, praising me. She takes great pride. She herself is a brilliant dancer, graceful and elegant. But I have consciously not brought her onto the sets ever. Though I get the feeling (I may be wrong), that she will be inclined towards pursuing acting as a career. All in good time. She is perfecting her dance and acting skills (she has wrapped up three levels at Anupam Kher’s Acting Academy) as she is growing up. No acting for her as of now. I keep turning down so many ad films that I am offered with her. But we keep posting her dance performance videos on social media.

Of course it is a high for her, with over 10 lakh ‘likes’, with Vicky Kaushal and Varun Dhawan liking her moves. See, you cannot insulate kids from the reach of social media. But everything needs to be vetted.

With your hectic shoot schedule, how do you manage to spend adequate time with Khiana?

Either Vishwas or I are always around. Like recently, she learnt the strokes in swimming, and one of us was around all the time to follow (and applaud) her progress. I cut down on my television work years ago. Those were rigorous schedules, of shooting from early morning, coming back home by 10 pm. Now I focus on movies, which have an earmarked shoot schedule. My dance shows across the world are also fixed in terms of dates. This allows a degree of flexibility. I do facetime with Khiana when I am away, so I am plugged in which ever part of the world I am in.

But she must be cribbing sometimes?

Oh yes. I was in Cannes recently, and then in the US for my shows, so we have been unable to go on a family vacation so far. Both Vishwas and I got an earful (laughs) from her. We are planning a vacation around her birthday soon.

You could have taken her with you?

Oh, no. I am very particular about not bunking school. Khiana goes to school everyday, unless she is severely unwell.

Make the most of your time with your children as they simply grow up too fast. Every moment is precious.