A family affair! Angelina Jolie attended the New York City movie premiere of The Boy Who Harnessed the Wind with all six of her kids on Monday, February 25.

The Maleficent actress, 43, posed for pics with her brood at the event, pairing a navy blue coat with a black top and matching pants. Maddox, 17, Pax, 15, Zahara, 14, Shiloh, 12, and twins Knox and Vivienne, 10, who Jolie shares with her ex-husband, Brad Pitt, also dressed to impress for the event. Zahara wore a black dress and boots, while her siblings sported button-downs, blazers and slacks. 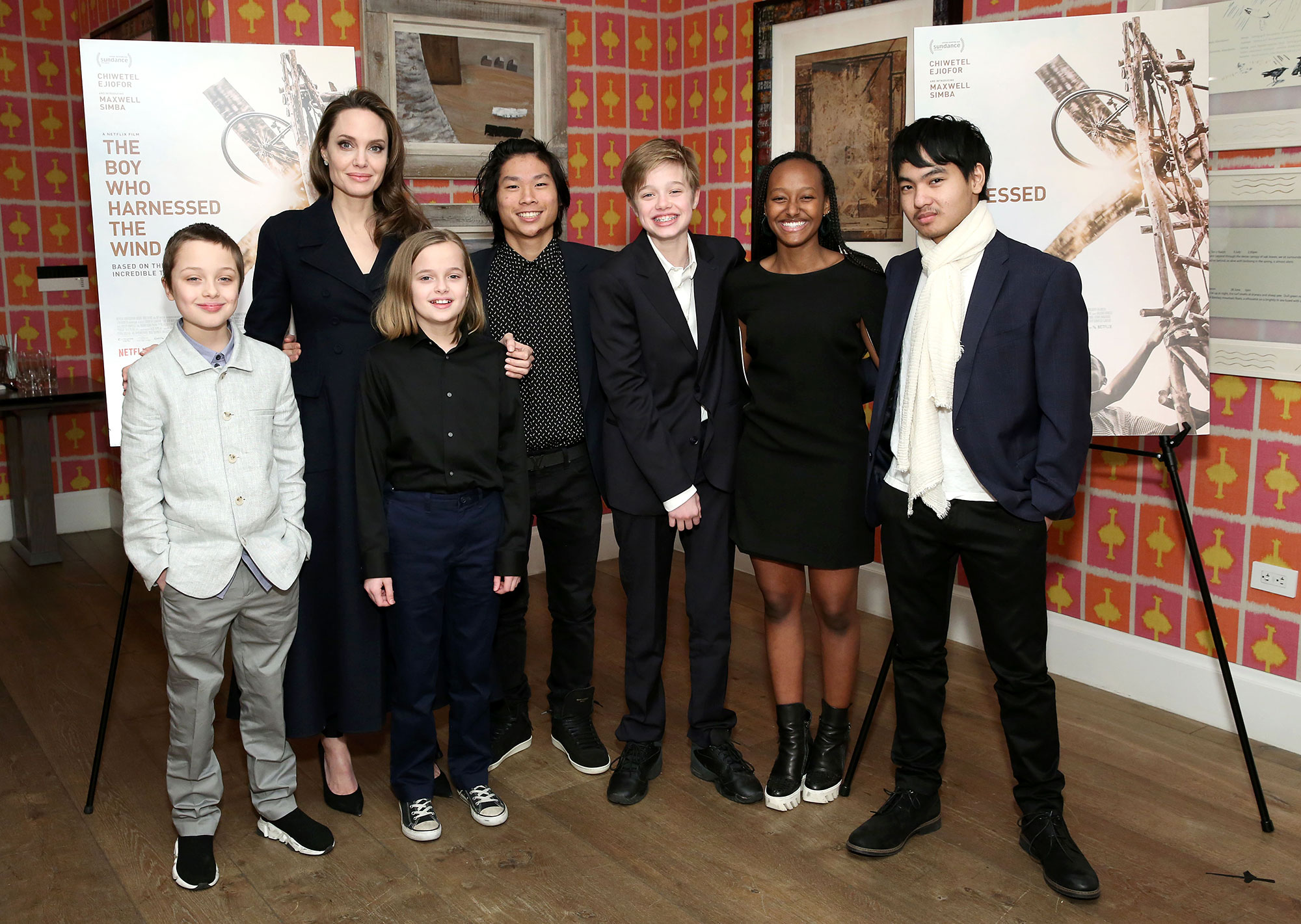 Their famous mom spoke onstage at the event, along with the movie’s writer, director and star, Chiwetel Ejiofor, and William Kamwajamba, who wrote the memoir that the film was based on.

This isn’t the first time that the Academy Award winner has been seen out and about with her children in recent days. On Friday, February 22, she took Maddox, Pax, Shiloh and Zahara to the Museum of Modern Art to see the premiere of Prune Nourry’s documentary Serendipity, which Jolie executive-produced. The screening was part of MoMA’s Doc Fortnight 2019 festival of international nonfiction film and media.

The Oscar winner was all smiles at the Manhattan event with her clan (minus twins Knox and Vivienne), wearing a plunging sparkly top with high-waisted black slacks and matching pumps.

Pitt, 55, and Jolie, who split in 2016 and are still finalizing their divorce, reached a custody agreement in November. Her lawyer told Us Weekly, “A custody arrangement was agreed to weeks ago and has been signed by both parties and the judge.”

Jolie’s dad, Jon Voight, opened up to Us exclusively earlier this month about his daughter’s mothering skills. “She’s a very invested mom. She’s on it. She’s on it with these kids. She gives them love every second of their day,” the Ray Donovan star, 80, said. “She’s very smart too. Smart girl. Brave. She’s got all these great qualities.”

The actor added: “I pray for all the members of the family — Brad as well. Everybody’s gonna be OK. That’s it.”