Getting into an accident while pregnant has got to be one of the most terrifying things for a expectant mom-to-be. It was  for one mom on Reddit who was knocked over by a car while three months pregnant. And now, though it’s months later and her baby was born perfectly healthy, her husband thinks it’s totally funny to tease her about her reaction. 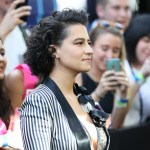 Here’s the scoop: throwaw9782 posted on Reddit’s AITA forum about how a car skidded out of its lane and knocked her over when she was just finishing up her first trimester. Luckily, neither mom nor fetus were seriously injured and she is now the proud mother of a healthy 5-month-old baby. However, at the time of the accident, this mom panicked, seeing her own blood and fearing she was seriously hurt.

“I begged the nurses and doctors to save me no matter what, to prioritize saving me and I don’t care if the baby didn’t make it if it means I get to live,” she wrote on Reddit. “I admit, thinking back, it may have sounded very selfish, but I think it’s just me being human. I was still new to the idea of becoming a mother then and I guess maternal instincts have yet to kick in, plus I was not exactly being myself.”

This makes total sense to us! It’s our instinct as humans to want to continue, you know, living. And at three months pregnant, a lot of moms haven’t really internalized the idea of having a baby or formed a connection to the baby-to-be. That baby might seem more conceptual, while your own existence is pretty solidly established.

The problem with this poor mom’s story is that her husband and relatives found out (how exactly, we don’t know?) that she “chose my own life over my baby,” she says. “Nobody really blamed me for what I said, but they do tend to tease me with it sometimes. My husband also teased me about me begging the doctors to save me, even after I told him it’s not funny and I am getting tired of it. After my baby’s arrival, I find myself getting agitated more easily and warned my husband that he will not mention that incident in my face again.”

Um, yeah! What creeps. Not cool to throw that in her face. While the husband did stop for a month or two, he brought it up again when she asked him to help her clean up the kitchen. Not sure how chores are related to making your wife feel awful for something she said while on an emergency room stretcher, but OK, dude.

So, mamma had had enough of his nonsense, and when he went to work, she packed up herself and the baby and went to stay at her parents’ house, telling him she would come back when he promises never to mention that incident again and to “swear it by his ancestors.”

For some reason the ancestors, not the dad’s joking about his wife’s fear for her life, is a step too far. “This caused an outrage and my husband’s family accused me of being disrespectful and crossing the line,” she wrote.

You can tell who we think is wrong here, and Reddit agrees.

“Two, your reaction is utterly normal,” continues sammymalti. “I want you to know that, because you sound like you’re still dealing with guilt. Humans have a tremendous will to survive. OF COURSE when you were hurting and bleeding everywhere you were panicked and scared and wanted to live. Not wanting to die is a pretty universal reaction.”

Agreed. And, finally, good ol’ sammymalti finished with this brilliance: “The fact that your husband and relatives make fun of you for this is awful. If I were you, every single time my husband made a comment like this, I would give him my coldest look and say, ‘Oh, you’d rather I died?’ Every. Single. Time.”

Buuuuuuuuuuuuuuurrrrrrrrrrn. So, so good, sammymalti. Can you write all our comebacks from now on?

Commenter DuckWithBrokenWings isn’t having any of this husband’s bull-honky either, writing, “Seriously, if he keeps ‘joking’ about this, I would leave. Why on earth would he want to make jokes that he knows are hurting his wife?”

It is very perplexing that the husband would continue this “teasing,” which is really not teasing at all. It’s just mean.

One explanation for why the husband and other relatives keep teasing the mom about this was proposed by lurking1015: “They’re probably just trying to make light of an incident that likely scared them as well… but still… not OK.”

That is a very compassionate and gracious way of interpreting their behavior. Not sure if it excuses it, however, especially as the mom has made it clear she doesn’t find it funny.

Of course, someone had to make the incident a political statement:

“Yea let’s talk about how women’s healthcare is so bad in this country that a OP’s first thought after being hit by a fucking car is that the doctors will prioritize saving the fetus,” wrote reptar-on_ice.

We’re just going to leave that there. Not saying reptar-on_ice doesn’t have a point though.

These other famous parents have been open about suffering miscarriages.