Kimberly Van Der Beek suffered a miscarriage one month after she and James Van Der Beek announced that they were expecting baby No. 6.

“My wife Kimberly went through every expectant parent’s worst nightmare. We lost the baby,” the actor, 42, tearfully shared the news during the Monday, November 18, episode of Dancing With the Stars. “The little soul that we had expected to welcome into our family took a shortcut to whatever lies beyond. You never know why these things happen. That’s what I’ve been telling my kids.”

After the announcement, James posted a photo of his wife and daughter on Instagram. “Wrecked. Devastated. In shock. That’s how we’re feeling right now after the soul we thought were going to welcome into our family in April… has taken a short cut to whatever lies beyond this life. We’ve been through this before, but never this late in the pregnancy, and never accompanied by such a scary, horrific threat to @vanderkimberly and her well-being,” he wrote in the post. “Grateful that she’s now recovering, but we’ve only just begun unpacking the layers of this one. Thank you to all of our friends and co-workers (and dance partners) who have shown up for us so beautifully during this time. As many of you have said, “There are no words…” and it’s true. Which is why in a time like this it’s enough to know that you’re there. Grieving AND counting our blessings today.” 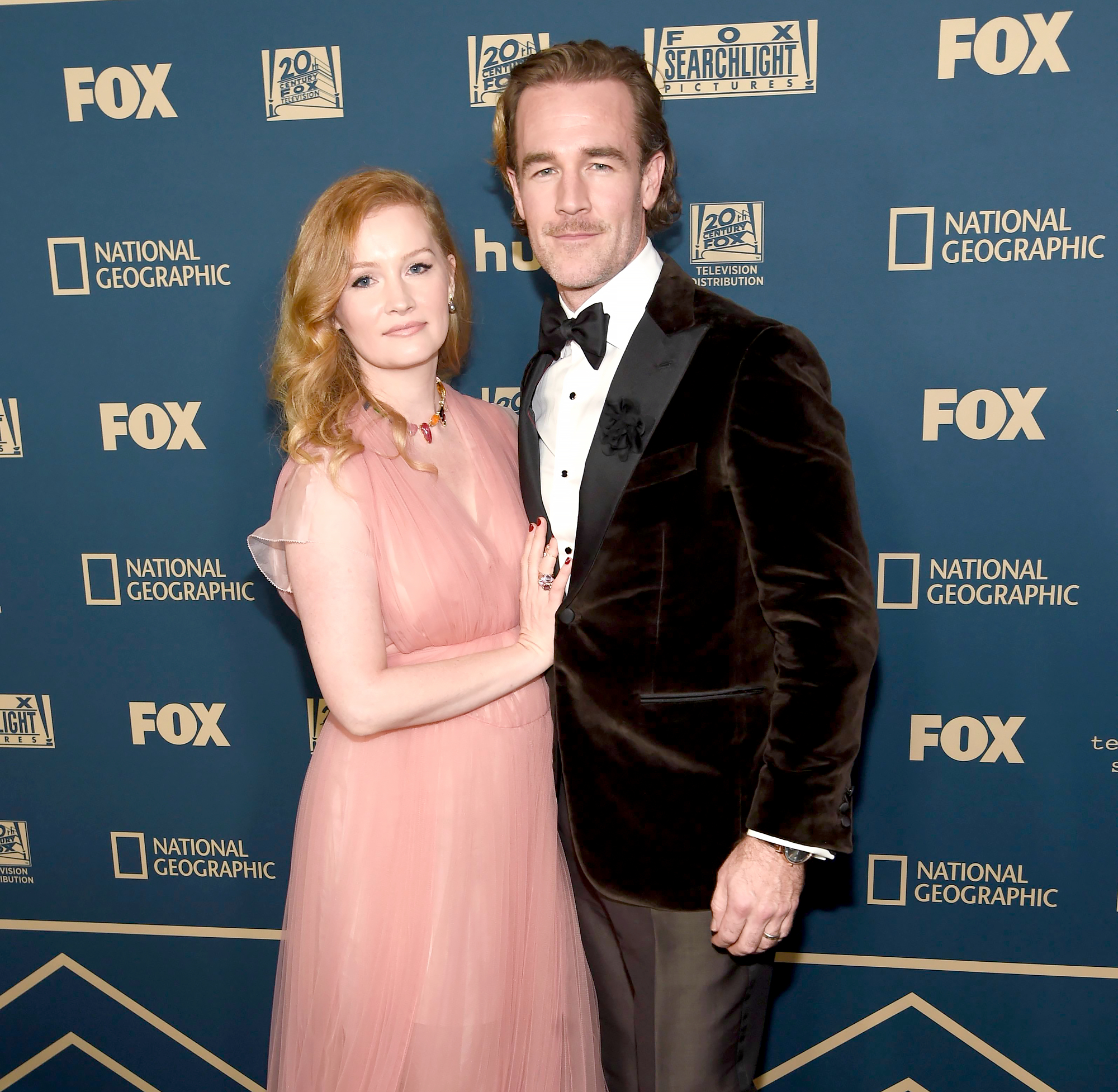 Earlier in the day, Kimberly, 37, shared a video of her kids at home. “It was a TOUGH weekend. Extra thankful right now to have help with my kids,” she wrote on Instagram. “Keeping these cuties happy as can be while I replenish at home.”

She opened up about her previous pregnancy losses in an emotional September 2018 Instagram post, writing, “I’ve had three miscarriages, all around 10 weeks gestation. I let them all happen naturally. I had a loving husband, a compassionate birthing team and I felt spiritually grounded about them. And even in the best of circumstances, they all broke my heart. I was devastated every single time. After one of them, I sat in the shower crying for almost five hours. Thankfully I am fully at peace with them all now and have five children.”

She and the Dawson’s Creek alum, who already share Olivia, 9, Joshua, 7, Annabel, 5, Emilia, 3, and Gwendolyn, 16 months, shared their most recent baby news during an October episode of DWTS.

“Thrilled beyond belief to announce that another little bundle of joy has picked us to be their family,” the season 28 contestant wrote on Instagram following the reveal. “We chose to have our first ultrasound on camera with our #DWTS crew capturing the result – something I NEVER thought we’d ever do. @Vanderkimberly and I have been through three of those first appointments to discover either no heartbeat, or no baby, and she wanted to share this moment. Miscarriage (a word that needs a replacement – nobody failed to ‘carry,’ these things sometimes just happen) is something that people rarely talk about, and often go through in secret. But there needs to be zero shame around it, or around giving yourself the time and space to grieve.”

The actor went on to write, “We decided to put ourselves out there – not knowing what we’d find – in an effort to chip away at any senseless stigma around this experience and to encourage people who might be going through it to open themselves up to love & support from friends and family when they need it most. Happily, for us – this time- we walked out with tears of joy. #AndThenIDancedAQuickStep.”

Later that same month, the Connecticut native told Us how Kimberly’s pregnancy was going. “She’s got her energy back,” James said of the former business consultant at the time. “She’s starting to come out of that super tired phase.”

As for his “really sweet” little ones, he told Us, “They’ve been through this before. They know the drill.”