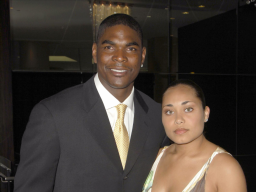 Keyshawn Johnson, a former NFL star and current NFL analyst on ESPN’s NFL Live, announced on Monday that his 25-year-old daughter, Maia, had passed away. The 48-year-old issued the tragic statement on his Instagram and Twitter accounts, sharing a touching tribute with his fans while grieving the loss of his daughter. 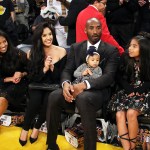 “It is with incredible sadness that I have to share the news about the passing of my beautiful Daughter Maia,” he wrote in the post.

His daughter Maia was one of two children the former football player shared with ex-wife Shikiri Hightower. “She came into our lives just as we were both coming of age as adults and has been a constant beloved presence for both of us,” he wrote. “We are heartbroken and devastated by her loss.” According to Today, the cause of death has not yet been released.

Hightower posted photos of her late daughter to the Instagram stories of her lifestyle brand, China Royal.

Not long after the news of the tragic loss was posted on social media, various athletic organizations that Johnson had been involved with throughout his career began issuing statements of support. “Our thoughts are with Keyshawn and his family as they deal with this unthinkable tragedy. He has the full support of his ESPN family,” wrote ESPN.

USC Football tweeted, “Our thoughts and prayers are with you and your family. We are all behind you during this tough time.”

There is no greater pain than the loss of a child, and we send our thoughts along to the Johnson and Hightower families.

Johnson played in the NFL for 11 seasons, including a Super Bowl winning game with the Tampa Bay Buccaneers, before joining ESPN. The family has asked for privacy during this difficult time.