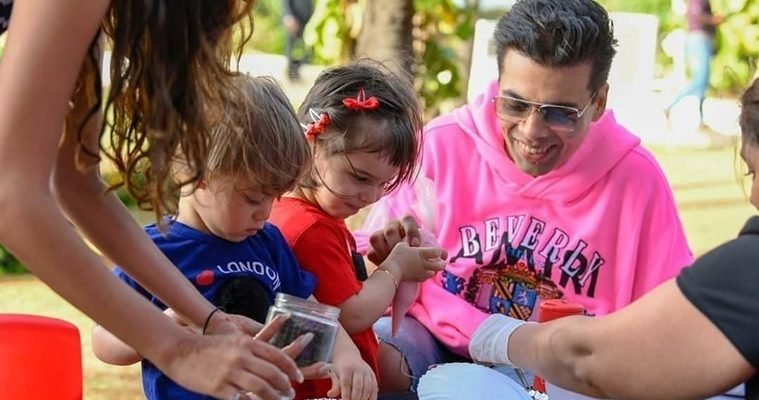 "Being a single parent is really very scary and daunting. In many ways, you could say that having Yash and Roohi is full of love but it is also a selfish decision. It's because I want that love for myself." Karan Johar is surely cherishing the joys of fatherhood with his kids Yash and Roohi but is equally cautious about how he is raising them. The filmmaker, who celebrated his kids’ second birthday in a grand ceremony, recently talked about how being a single parent can be a “daunting” experience. Here’s what he said:

On children filling the empty space in Karan’s life

In a chat show with actor Ranveer Singh, KJo’s mother Hiroo Johar asked through an audio recording, “What part of being a single father do you find tough?” Karan replied, “Being a single parent is really very scary and daunting. In many ways, you could say that having Yash and Roohi is full of love but it is also a selfish decision. It’s because I want that love for myself. I felt there was a large empty space in my life that needed to be filled by children.”

The single father, who welcomed his kids in 2017 via surrogacy, talked about co-parenting them with his mother. He said, “Oddly–it happened naturally–they call me “dadda” and they call my mother “mumma”…because I feel like we are co-parenting them. So, I am trying very hard that both of us fulfill the roles of a mother and a father completely.”

On children missing out on the love of both parents

Talking about how single parenthood can be challenging, Karan added, “It’s daunting because post my mother–and that thought scares me every single day–I just hope that I have all the love in my heart to give them and to not make them feel incomplete in any other way and not make them feel like they are missing out on a certain part of the parental process.”

On lessons he would teach Yash and Roohi

Karan further said, “All I can do is love with all my heart…All I can do is also make sure that they do the right thing because I have grown up very strongly with a very strong sense of right and wrong by my parents. And I want to inculcate that in Yash and Roohi myself.”