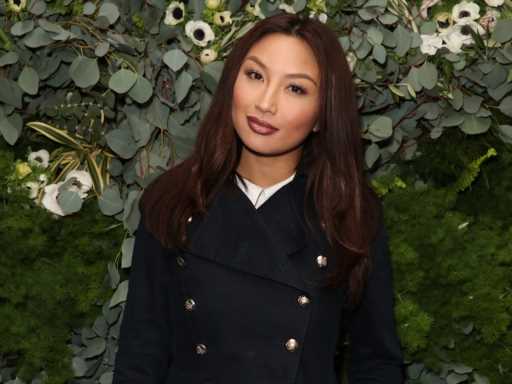 Jeannie Mai is showing us how her daughter Monaco interacts with people she loves and this new video may be the cutest one yet!

On Aug 17, Mai posted a video of Monaco and her Pop Pop that is warming everyone’s hearts. The former The Real host posted the video with the caption, “My fave couple rn honestly 🥹 Pop Pop n Coco.”

In the video, we see baby Monaco and Jeezy’s dad sitting on the couch, bantering in the sweetest way possible. Pop Pop started by saying, “You’re gonna have to eat! You can’t tell me ‘no,’” which Monaco replied with a silly, full body wiggle indicating “no!” This continues for a bit (and continues to warm our hearts), with Jeezy’s grandpa bantering with a wiggly Monaco. She even lightly smacks him, to which he playfully responds with a smile on his face. The two can’t stop smiling throughout, and honestly neither can we!

Let’s face it, anyone who sees Monaco instantly falls in love with that adorable smile! And we love seeing her interact with her papa’s papa! They’re already the best of friends.

Fans and friends also couldn’t get enough of the video because they flooded Mai’s comment section with adorable things like “Looking like twins 😍” and “CANNOT HANDLE THE CUTENESS AND LOVE RADIATING from this!!!!!!❤️😭❤️”

So in late 2021. Mai announced her pregnancy on the show The Real, later welcoming her and Jeezy’s first daughter in Jan. 11, 2022 named Monaco Mai-Jenkins. It’s clear Mai loves being a mom, and in a previous interview with People, she said that being a mom has made her so proud of herself. She said she’s “never felt so proud of myself, and never felt so much more like a woman.”

From Illusia to Zillion, here are a few of the most unique celebrity baby names.