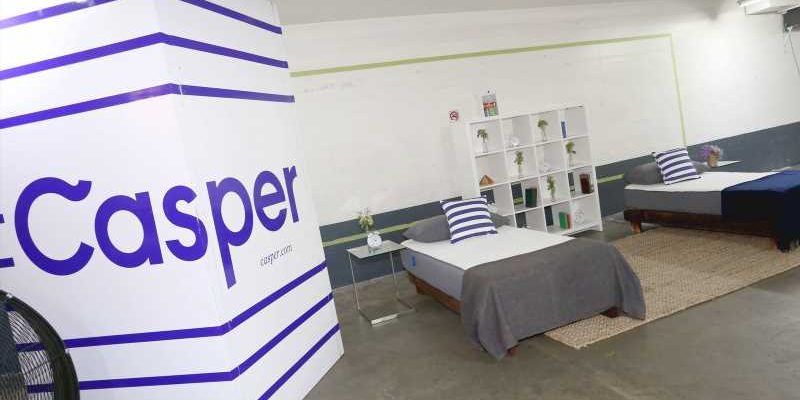 If you own a television, chances are you’ve seen an advertisement for Casper. So what is it exactly? Well, at first glance, it looks like your average mattress. But it’s not. It’s the latest trend in mattresses and it’s getting rave reviews online.

In March 2021, sleep resource Sleepopolis gave Casper, which launched in 2014, a 4.7 out of 5 rating on its Original mattress, which is offered in six sizes, starting with the twin at $595 and going up to a California king, which sells for $1,295. According to the company, the product is medium-firm and a “great option for back sleepers, who want a balance of support and pressure relief, as well as combination sleepers, who will be able to easily change positions throughout the night.” The outlet also said the mattress’ zoned support system is an “especially good option” for back pain sufferers as it is designed to keep your spine in alignment.

If you’re in need of a king mattress, Casper mattresses are available in four different models: the Element, Original, Nova Hybrid, and Wave Hybrid, which retail for $795, $1,295, $2,295, and $2,995 respectively (as of March 2021). And although that may seem like a lot, especially if you’d like one of the hybrid models, which are more plush and advanced, according to Insider, which tested five of Casper’s most popular mattresses, the product is well worth the money.

As the Insider explained, you should consider the cost of a Casper mattress spread over many years because that’s how long you’ll be enjoying it. “Since you will be using the same mattress for a decade or more and your quality of life is drastically influenced by your sleep quality, price should not be the only consideration when buying a bed,” the outlet reasoned. “It’s a big factor, yes, but price differences work out to only a few cents a day over the lifetime of a mattress so it’s a worthy investment in our opinion.” It was also revealed in the report that Casper offers monthly payment plans with low interest rates for those who would like to break up the cost.

A second report from Medical News Today listed Casper as one of its four best mattresses (along with Saatva, Nectar, and Purple), revealing that the Casper Original’s breathable foam layer helps circulate air and allows for body heat and humidity to escape, which is perfect for a hot sleeper. Meanwhile, a third review from Healthline (from September 2020) said that Casper’s prices are “pretty much in line with the rest of the bed-in-a-box industry” and confirmed that coupon codes can be found online to make the products more affordable.