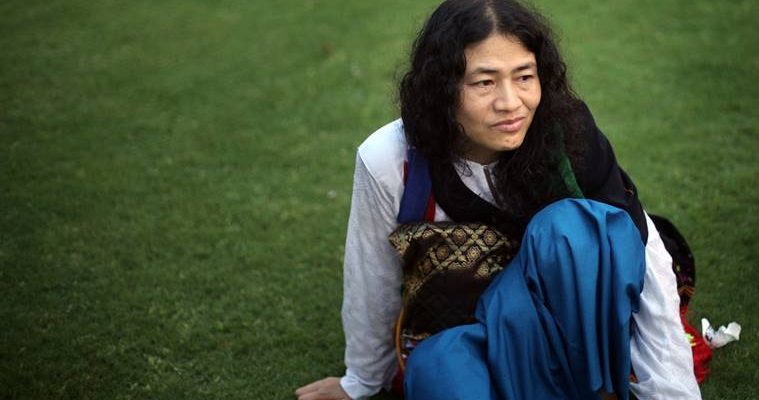 Irom Sharmila: The activist gave birth to twin girls Nix Sakhi and Autumn Tar through C-section after 35 weeks of pregnancy. While late parenthood is on the rise, here are some things you need to keep in mind if you have a child in your 40s. Irom Sharmila became a mother to twin girls at 47 through C-section, adding to the list of many other mothers, from Meghan Markle to Halle Berry, Aishwarya Rai Bachchan and Farah Khan, who welcomed motherhood in their late 30s-40s. Having a baby at this age is not that uncommon now, even though there are health issues that one needs to consider in case of a late pregnancy.

What are the health concerns when you have a child in your 40s?

With growing age, there is an increase in the chromosomal abnormalities in the woman’s eggs, explains fertility specialist Dr Firuza Parikh. For a mother conceiving in her 30s or above, the percentage of having a chromosomally abnormal embryos is as high as 31 per cent and may rise up to 100 per cent for those beyond 44 (Franasiak JM et al. Fertil. Steril. 2014). And along with that, there is also an increasing risk of miscarriage in pregnant women in their late 30s and 40s.

Not just the mother, the father’s age also plays an important role which can impact their offspring’s health, with putting children at risk of being on the autism spectrum, as Dr Parikh further mentions.

Despite health concerns, there are people in the country who are becoming parents at a later age, for reasons ranging between financial concerns and career goals. Some women are doing so by freezing their eggs, considered a major development in the field of fertility, for later conception.

You have to be ready to be a parent

Even as we talk about the biological clock ticking, ultimately the individual has to be mentally prepared to become a parent before welcoming a child. Parenting consultant and founder of What Parents Ask, Dr Debmita Dutta, said, “I believe you should be emotionally and mentally ready to have a child. People, who have babies out of societal pressure may not be exactly ready for the change and may not be the best parents. Parenting is essentially about being emotionally available. Parenting is a challenging task but you should be ready to face the challenges. Otherwise, it is going to be really stressful.”

Apart from health concerns, when parents are having a child in their 40s, there are other pros and cons to consider as well. So, if you are a new parent in your 40s, here are some things you need to take note of, as suggested by Dr Dutta:

It is not too late to have a child

Till a few decades ago, the average life expectancy was around 60-65 but it has now gone up significantly, thanks to medical research. So, it is not uncommon to see people in their 80s in good health and travelling the world. In that case, having a child in one’s 40s is not that much of an issue.

Parents, by that age, will usually be financially stable. Having a kid early in life means that you may not be as settled financially to support a child. You are usually caught up in your work since the 20s-30s is when most people concentrate on ascending the career ladder. So, you may not be able to parent that effectively.

Also Read| Why are some men opting for late fatherhood? We asked some dads

Finding your peer group can be a challenge

If everyone in your peer group has already had a baby earlier, you may need to expand your friend circle. Again, those who have kids who are of your child’s age may be much younger than you, and might not be keen to allow you into their group. That may be a challenge to find a suitable peer group. By and large, people are able to cope with that through preschools and playgroups.

Becoming fit and active, once again

For a young child, you really need to be on your toes constantly and may not be as active and energetic in your 40s. But if you really want a child at this age, this might take you back to being fit and active.

Effects on your parenting style

You are a lot more patient in your 40s which will reflect on your parenting style too. You would ideally have the right perspective on life and not unnecessarily care about people’s opinion of you or your child. That way, you will not compare your child to others that much. In a way, it helps you to relive your life.

Is there a huge generation gap?

In a recent interview, TV actress Kavita Kaushik, 38, opened up on why she does not want to have a child in her 40s. “I don’t want to be unfair to the child. If I have a child in my 40s, by the time my child would be 20, we would’ve touched our old age. I don’t want our child to take care of old parents in his/her 20s,” she said. Dr Dutta, however, feels a generation gap may not exactly be a concern even if you are becoming a parent in your 40s. In any case, there is always a significant gap in age between the parent and the child. It is about being mentally young, and there are quite a few examples of that around us. So, if you have baby in your 40s, by the time the child is in his or her teens, you will be in your late 50s. Your child does not exactly need to ‘take care’ of you in that sense. Most parents, she says, usually look out for ways to manage things on their own. The kids will anyway be out of the house by the time they are 20. So, a generation gap may not be that much of a challenge.