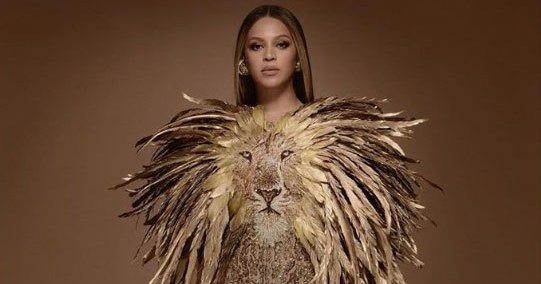 But it was the 7-year-old’s sing-along of the Disney film’s hit “Circle of Life” that really stole the show, as seen in a post the “Lemonade” singer shared on Instagram.

The Grammy winner, 37, posted photographs taken by Mason Poole that showed her gold Georges Hobeika catsuit with a lion’s face on the bodice, complete with feathered mane and a matching gold cape. 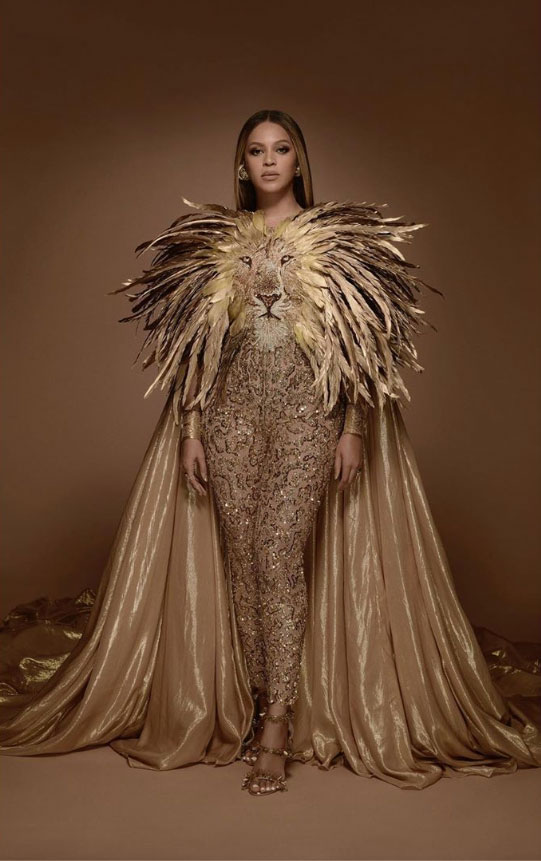 Her daughter with husband Jay-Z was dressed in a voluminous yellow gown with embroidered detailing and a gold headdress that was reminiscent of the headwear the singer donned for her memorable 2017 Grammys performance.

In a video shared by the proud mama, Blue Ivy lip syncs “Circle of Life” while gesturing over her head in some inspired choreography while Beyoncé laughs.

The theme for the evening was A Journey to the Pride Lands, inspired by Disney’s upcoming CGI remake of The Lion King, which stars the “Sorry” singer as lioness Nala.

The evening was hosted by Beyoncé’s mom, Tina Knowles Lawson, and her husband, Richard Lawson, with guests including Tyler Perry, Kelly Rowland, Tiffany Haddish and La La Anthony. Money raised from the gala goes to Tina’s Angels and Richard’s Warriors, to fund programs for inner-city students, as well as Where Art Can Occur, a nonprofit gallery and performance space in North Hollywood.

Knowles Lawson explained the dress code for the event to the Los Angeles Times, saying, “Wearable art has to be over-the-top. It can’t just be a dress with a little necklace. You’ve gotta really go there with it!”

It would appear that her daughter and granddaughter got the memo.