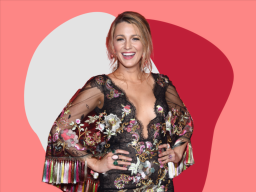 Blake Lively is an absolute gem on this earth. From soaring to stardom as part of the cult classic Gossip Girl cast to marrying Ryan Reynolds and creating the sweetest, most hilarious family dynamic with him and their soon-to-be four kids, there’s a lot to love about the actress, entrepreneur, and philanthropist.

Today, in particular, we’re celebrating Lively as a mom. With three daughters (James, Inez, and Betty) and Baby No. 4 due any day now, there’s rarely a dull moment in the Reynolds household — but both Lively and the Deadpool actor seem to prefer it that way.

In 2016, she joked with Today, saying, “I’m one of five kids. My husband is one of four, so we’re officially breeders. You can go on our website and we will give you some of our children.” Reynolds spoke similarly in 2013, telling Details, “We’d love to have a big family. We both come from big families — my parents did four, Blake’s did five. A lot of people say it’s crazy, but we’ll only know when we’re there, you know? We’ll walk through that fire pretty happily, I think.”

And here they are, happily walking through that fire as we all watch with doe eyes from afar. Whether Lively is talking about how much her family means to her, relaying hilarious stories about her girls with her signature humor, or uplifting other moms who may be self-conscious about their postpartum bodies, we’re absolutely living for every bit of it. Read on for some of the Betty Buzz founder’s best quotes about motherhood to date.