Blue diaper syndrome (BDS), also known as Drummond's Syndrome, is an extremely rare metabolic disorder, first described in 1964. It is a genetic disorder with an autosomal or x-linked recessive pattern of inheritance. The syndrome affects newborn babies. In this condition, the body loses its ability to absorb tryptophan.

A characteristic symptom involves the presence of blue-colored urine spots on the diaper of affected infants. Hypercalcemia, nephrocalcinosis, and indicanuria are all symptoms of blue diaper syndrome, which is a genetic disorder (blue urine). Dietary restrictions and antibiotics are the most common treatments for Blue Diaper Syndrome. As long as correct nutritional control is maintained, the prognosis is favorable. 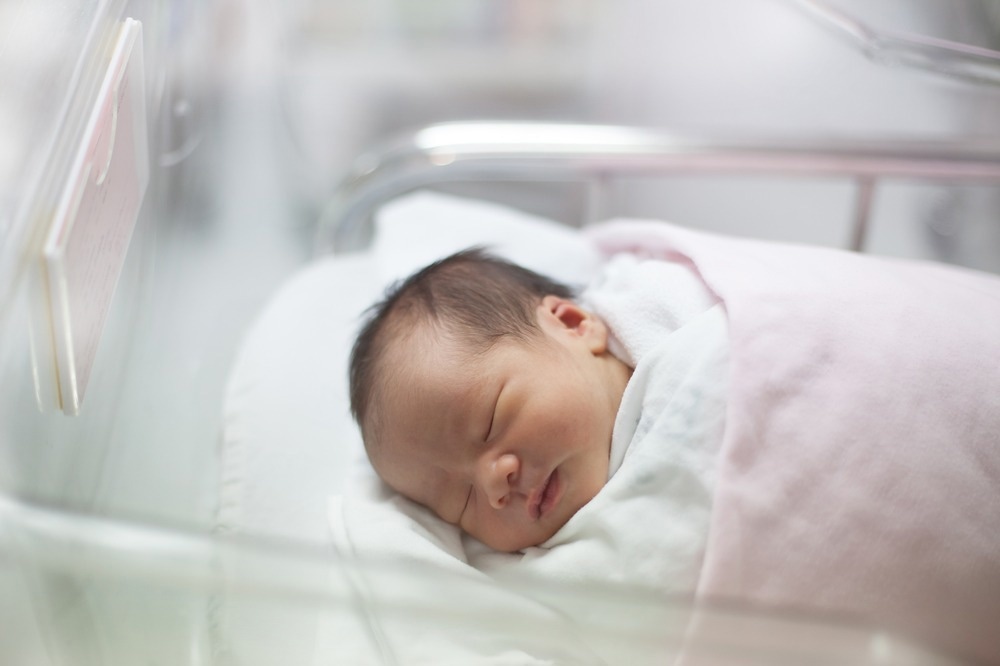 Hypercalcemia (excess calcium in the blood) can cause calcium to build up in the kidneys (nephrocalcinosis), resulting in impaired kidney function and possibly kidney failure. Intestinal bacteria break down excessive amounts of tryptophan, a nutrient in the diet, resulting in an increase of indican and related chemicals in the urine, resulting in bluish pee-stained diapers (indicanuria). Although the specific nature of the biochemical deficiency is unknown, it is thought to be linked to a problem with tryptophan absorption and transport in the intestine. Mutations in the LAT2 and TAT1 genes may be linked to a problem with tryptophan absorption.

A recent study reported that an association between PCSK1 mutation and blue diaper syndrome might be possible. PCSK1 genes encode for prohormone convertase 1/3, a calcium-dependent serine endoprotease required for the processing and activation of peptide hormones (eg, proinsulin, proglucagon, proopiomelanocortin, and proghrelin). In this genetic disorder, autosomal recessive or X-linked recessive inheritance is observed.

Blue diaper syndrome is a rare inborn metabolic defect that is usually identified when an infant's diapers develop strange blue stains (indoluria). When intestinal bacteria break down an excessive amount of unabsorbed tryptophan, this happens. Digestive issues, fever, poor appetite, vomiting, vision problems, irritability, and failure to thrive are all common symptoms. Other signs and symptoms include blurry vision and abnormally high calcium levels in the blood (hypercalcemia).

Nephrocalcinosis is a condition in which too much calcium builds up in the kidneys, resulting in reduced kidney function and perhaps renal failure. Underdevelopment (hypoplasia) of the optic disc, aberrant eye movements, and an unusually small cornea (microcornea), are possible eye defects found in neonates.

The syndrome affects both males and females equally. The racial, ethnic, and geographic distribution of Blue Diaper Syndrome shows no significant pattern.

A thorough clinical evaluation, followed by an examination of patient history, the identification of distinctive symptoms, and the demonstration of indican in a fresh urine sample (indicanuria) are all used to make a diagnosis of blue diaper syndrome. Other diagnostic tests involve examination for eye and kidney function and determination of calcium level in the body. Obermeyer test can also be conducted to determine the overgrowth of anaerobic bacteria in the gut, which may occur as a result of excessive tryptophan degradation.

A calcium-restricted diet may be prescribed for children with blue diaper syndrome as it is thought to help avoid kidney injury. Protein should be minimized in the diet, as should the amount of vitamin D. Antibiotics may be used to decrease or remove specific bacteria in the intestine. Nicotinic acid may also help to prevent infections in the intestine. Turkey and warm milk, for example, are high in tryptophan and should be avoided.

Antibiotics are also given as part of the treatment to try to keep the level of bacteria in the intestine under control. Treatment for eye and kidney problems is also important. Affected individuals and their families will benefit from genetic counseling. Symptomatic and supportive treatment is the only other option.

As Blue Diaper Syndrome is a genetic disorder, there are currently no clear procedures or guidelines for preventing it. Prenatal diagnosis (molecular testing of the fetus during pregnancy) and genetic testing of the expecting parents (and associated family members) may aid in a better understanding of the dangers throughout pregnancy. If the illness runs in the family, genetic counseling can assist in determining the risks before starting a family. The severity of the signs and symptoms determines the prognosis of Blue Diaper Syndrome. Children who have minor signs and symptoms have a better prognosis than those who have a serious illness. Individuals who follow a healthy diet and stay on antibiotics have a favorable outlook.

During her time at AZoNetwork, Emily has interviewed over 300 leading experts in all areas of science and healthcare including the World Health Organization and the United Nations. She loves being at the forefront of exciting new research and sharing science stories with thought leaders all over the world.