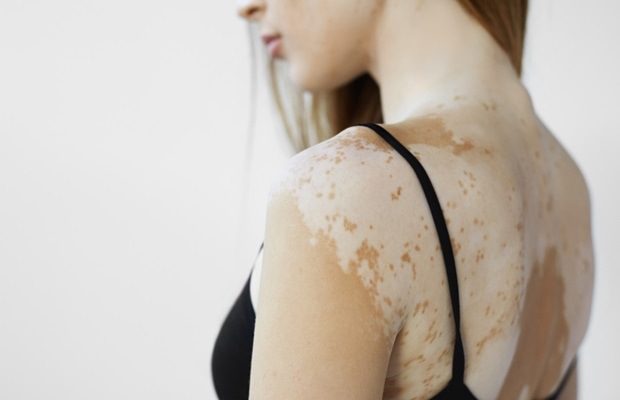 Vitiligo is a difficult condition to treat, but newer treatments are being researched all the time. The most common therapies may be classified as:

The use of medical treatment is mostly useful in focal vitiligo, and has the dual aim of arresting disease progression and inducing repigmentation in the white lesions.

Creams of low, medium or high potency are often used first, having been in use for several decades. They are easy to use, and help moderately to restore some pigment, especially when applied in the early stages and for focal vitiligo. They are estimated to have a 50-75% success rate in vitiligo.

They probably act as immunomodulators. Their disadvantages include non-uniform effectiveness, prolonged treatment time, they may cause the epidermis to atrophy leading to skin shrinkage and the appearance of purplish-red striae, when used over a long period.

Other side effects may be due to systemic absorption, and include glaucoma, tolerance and suppression of the hypothalamo-pituitary axis, as well as Cushing’s syndrome and growth retardation in infants and children.

Such as tacrolimus or pimecrolimus are another class of compounds used to treat childhood vitiligo, in particular. They have fewer associated side effects but are as effective as corticosteroids. They bind to the immunophilin binding protein and so inhibit dephosphorylation and activation of the nuclear factor of activated T cells induced by calcineurin, in turn preventing cytokine production and T cell proliferation.

The cytokines inhibited include TNF-alpha and IFN-gamma, which are increased in vitiligo patients. Tacrolimus also promotes the proliferation of melanocytes and melanoblasts. Side effects include a burning sensation, short-lived pruritus and erythema.

A synthetic analog of vitamin D3 used to treat psoriasis. It has been used in vitiligo because of its known ability to induce hyperpigmentation around the psoriatic lesion. Its mechanism is not known, though it may act upon the 1,25-dihydroxy vitamin D3 receptors or affect intracellular calcium metabolism; another possibility is immunomodulation of T lymphocytes, inhibiting the destruction of melanocytes.

The combination of calcipotriol with steroids has been successful in causing repigmentation after corticosteroid failure, and this was a stable and relatively faster process. It is applied once or twice a day. Side effects include a burning sensation and skin irritation, both transient.

These have been used to arrest the spread of depigmentation and also induce repigmentation, having been successful in arresting disease progression in almost 90% of treated patients. It was used as oral mini-pulses in patients with fast or extensive spread of lesions. Its systemic side effects are of concern, however, as it can cause Cushing’s syndrome, glaucoma and diabetes mellitus, among other metabolic disorders.

Light therapy is based on the finding that certain wavelengths of ultraviolet light powerfully induce melanin synthesis leading to repigmentation. Sunlight contains a broad band of ultraviolet rays, which may result in the production of excessive pigment and diffuse darkening of the skin, depending on how much exposure took place.

The mechanism is two-fold: melanin is synthesized and packaged into melanosomes, a process called neo-melanogenesis, and melanocytes migrate into the light-exposed area of depigmented skin.

At the same time, ultraviolet A can cause the release of several growth factors like basic fibroblast growth factor (bFGF), which may possibly induce melanocyte re-growth. These may be responsible for the increase in the number of residual melanocytes after ultraviolet irradiation. Narrowband light is being studied for its efficacy in inducing repigmentation but avoiding other side effects.

Excimer laser therapy has also been used for the same purpose. This is used to provide targeted phototherapy at a wavelength of 308 nm, whereas nbUVB has a wavelength of 312 nm, and thus spare normal skin.

It has been reported to produce up to 50% repigmentation, especially over the face. Side effects include hyperpigmentation around the lesions, skin burns, and folliculitis. It has also been combined with pimecrolimus, to produce a significantly better result.

Treatment with psoralen photochemotherapy, which is also called psoralen ultraviolet A (PUVA), psoralens are applied topically or used orally, followed by irradiation with ultraviolet A beam for a carefully timed period.

Psoralens are naturally occurring compounds of the furocoumarin family, which absorb ultraviolet light, and thus enhance its skin darkening effects by stimulating residual melanocytes. The most commonly used are 8-methoxy, 5-methoxy, and 4,5,8-trimethyl psoralens.

The ultraviolet A light may come from sunlight or from a special source. Sunlight exposure must be avoided with the utmost care at other times. This has been a long-standing treatment. It helps up to 60% of children to achieve about 75% repigmentation of the white patches, but requires much time and care to achieve its goal of a more even skin tone without severe side effects.

Psoralen taken orally can cause nausea and vomiting, or produce sunburn on sunlight exposure. Oral use is contraindicated in children below 12 years. Other side effects include pruritus, the abnormal growth of hair, and hyperpigmentation at the margins of the lesions.

There is also a very small risk of skin cancer, though not at the doses used in vitiligo treatment. Patients on oral PUVA treatment must use sunscreen, keep out of the sun, and wear sunglasses to filter out ultraviolet A, after each course of treatment.

This has been found to produce up to 100% repigmentation in about 70% of children. Side effects were not seen.

It is thought to have immunomodulatory effects and stimulate the residual melanocytes in the outer sheath of the hair follicle. It seems to produce the best effects on lesions on the trunk and face, especially if the disease is of recent onset. Adverse effects include erythema.

The use of narrowband UVB has been combined with calcineurin inhibitors, and some results show that the combination has a higher rate of success, producing up to 100% repigmentation of better quality. Side effects reported include mild erythema and pruritus.

nbUVB has also been used in combination with pseudocatalase because of the proposed mechanism of vitiligo that involves hydrogen peroxide accumulation. This was reported to produce over 75% repigmentation of patches on all parts of the body. Side effects included short-lived pruritus, hyperpigmentation and sweating.

This treatment may be advised or preferred when the extent of vitiligo is over 50 percent of the body surface. It consists of producing depigmentation over the remaining part of the body as well to match the white areas.

The preferred drug is monobenzyl ether of hydroquinone (monobenzene), which may be applied at a concentration of 20-40% twice a day on the normal areas of the skin until the color fades. It induces the death of melanocytes, and so produces permanent depigmentation.

Its application requires that the person avoid skin contact with others for at least the two hours following, to prevent inadvertent depigmentation of the other person’s skin. It is also a permanent and aggressive treatment, which should therefore be used after studying the individual case.

Its side effects include skin irritation and sensitivity reactions, eye irritation and exogenous ochronosis. In some patients, sun exposure may produce repigmentation, as may drug reactions in infrequent cases. Other drugs include phenols, lasers, cryotherapy, and systemic drugs like imatinib, diphencyprone, and imiquimod.

All-trans-retinoic acid (RA) is a vitamin A derivative which may be used topically to produce mild depigmentation. However, it potentiates the effects of monobenzene, possibly by inhibiting the glutathione-dependent cellular defenses and thus enhancing the absorption of the drug. In this way, it speeds up the rate of depigmentation.

These are usually considered only when medical treatment does not work, as they are less reliable and more costly. However, they may be required in widespread vitiligo.

Here skin is removed from a normally pigmented area and attached to another area. Most commonly used for very localized forms of vitiligo. Complications include infection at the donor or recipient sites, scarring at either place, a cobblestone appearance, partial repigmentation, or failure of repigmentation. Its cost and side effects make it a less preferable option in most cases.

Here blisters are created on normally pigmented skin, using heat, cold or suction. The epidermis over the blisters is then removed and transplanted to the white patches. Scarring is possible, but is less common than with the usual technique.

Here pigment is artificially implanted into depigmented areas of skin with a very fine tipped instrument. This is a good way to restore normal skin color in the area of the lips, especially in patients with dark skin. This could cause herpes simplex outbreaks when done near the lips. The tattooed skin does not darken with sun exposure, and may eventually still turn out lighter than the normal tanned skin. Again, tattoos also fade over time.

Non-cultured epidermal cell suspension (NCES) is becoming very popular in the treatment of stable vitiligo. This requires a much smaller amount of donor skin to be removed, as it is cultured in a special cell nutrient suspension, allowing a mat of epidermal cells to grow. This is then applied to the white patch. Its advantages include much less postoperative pain, easier surgical technique, and a good match of skin color.

This is another innovative technique which makes use of the melanocyte reserve in the hair follicle to treat depigmentation. These melanocytes are composed of different populations, including highly pigmented bulbar cells, less mature tripolar cells and undifferentiated non-pigmented cells.

These use a piece of the patient’s pigmented skin which is cultured in a nutrient medium adapted to grow melanocytes. The resulting cultured cells are then transplanted to the white patches. It is costly, and may be considered to be still in the experimental stage.

Many patients cope with their vitiligo by using one or more methods which they can use on their own. These include:

Fair-skinned people should not become tanned if they suffer from vitiligo, as the contrast between the pigmented and non-pigmented skin becomes more noticeable. Thus they should keep out of the sun, and use a suitable sunscreen to protect against ultraviolet A and B, as well as prevent sunburn and long-term photoaging.

Some patients use thick specially designed makeup to achieve an even skin tone. Tanning lotions help to hide the white patches, last for several days, and do not come off with washing.

Finally, sunlight exposure with vitamin B12 and folic acid has been reported to arrest disease progression in 64% of patients in one study, and to achieve varying degrees of repigmentation, up to 100%, in about half the patients. 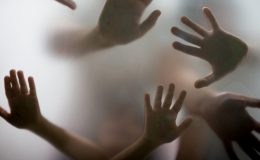 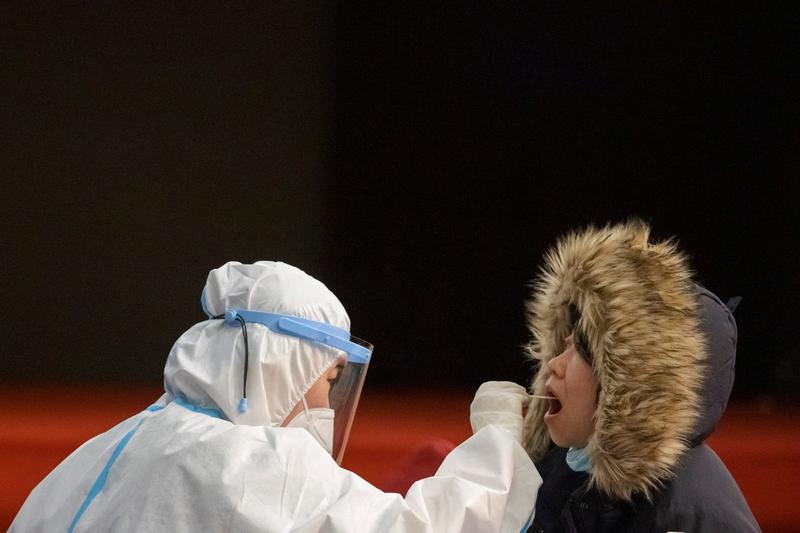 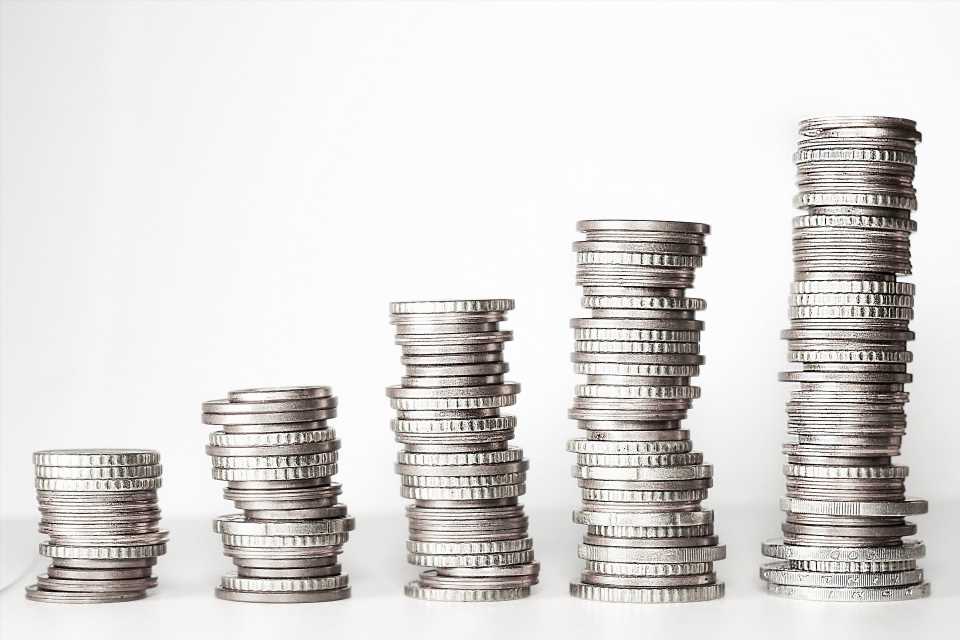