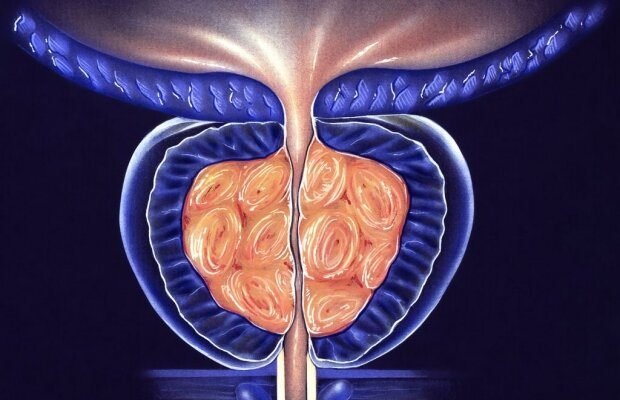 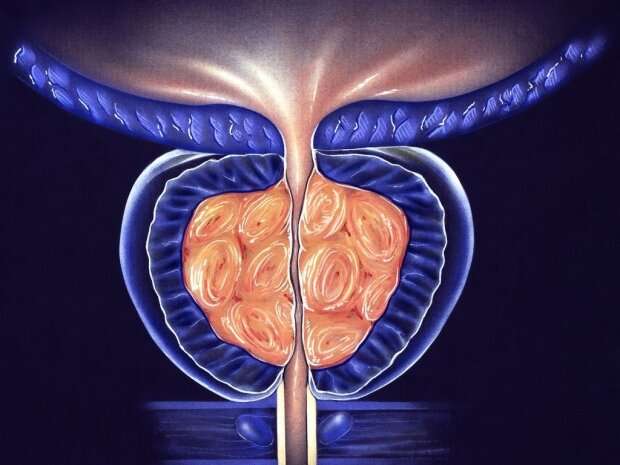 Stanford scientists have identified a genetic signature that signals enlarged prostate tissue. The discovery has helped them find possible drivers of the condition.

For aging men, prostate enlargement is almost as common as graying hair, and yet scientists know very little about why the prostate increases in size or how the process occurs on a molecular level.

In a new study, scientists at the Stanford University School of Medicine have discovered a molecular pattern that flags prostate enlargement, also called benign prostatic hyperplasia, and have even identified two genes that likely play a role in the development of the condition.

The urethra runs directly through the prostate, a gland in the male reproductive system. And while a bigger prostate is not typically life-threatening in itself, it can cause urinary-related symptoms that range from niggling to severe. When the prostate becomes enlarged, it squeezes the urinary tube, causing problems such as incontinence or urinary urgency.

“It can be a terrible bother and, in the most severe cases, can even lead to kidney failure,” said James Brooks, MD, professor of urology. Today’s treatments work to an extent, but don’t completely solve the issues, he added. “Urology as a field needs to do more to own this problem and figure out what the true underlying causes are so we can curb its prevalence and help treat it more effectively.”

The new study is one of the first to describe a molecular landscape that differentiates enlarged prostate tissue from normal tissue. The team of scientists also discovered that the cell growth behind a ballooning prostate is not uniform. Several cell types comprise the prostate, and abnormal growth appears to come from an outburst of specific sets of cells, rather than an overall increase of all cell types.

A paper describing the study is available online now and will be included in the June 20 issue of JCI Insight. Brooks and professors of pathology Jonathan Pollack, MD, Ph.D., and Robert West, MD, Ph.D., share senior authorship. Former MD-Ph.D. student Lance Middleton is the lead author.

The plight of the prostate

No other gland in the human body, male or female, expands so predictably with age.

“Researchers have hunted for mutations or growth factors that could trigger prostate growth, but there hasn’t been much progress in finding a true cause,” Brooks said.

Brooks, Pollack and West took a multipronged approach in search of the answer, analyzing 49 tissue samples from patients who had their prostates removed. The odd thing about prostate enlargement, Brooks said, is that the entire prostate doesn’t grow in unison; only certain parts of it expand. Some areas of the prostate actually remain unchanged.

Genomic analysis showed that most of the enlarged areas of the prostates consisted primarily of two types of cells—epithelial, which make up secretory glands, and stromal fibroblasts, which create structural parts of the prostate. That’s not normal, Brooks said, and it clued the researchers into a new understanding of prostate growth: Only some cell types multiply in an enlarged prostate, taking over—and sometimes eliminating—other cell types, like weeds in a garden plot.

“So it’s not just an increase in cells; it’s a fundamental shift in the type of cells that make up the prostate. It’s something we’ve termed ‘cellular relandscaping,'” Pollack said. “It’s possible that this shift is actually related to the disease progression, and not just arbitrary.” One of the overrun cell types, Pollack said, is thought to be involved in the regulation of epithelial cell growth and development.

Beyond cell type, the researchers analyzed the molecular state of normal and enlarged prostate tissues, looking at data that showed which genes were active in enlarged prostate samples and which were active in normal samples. By comparing gene activity, they found 65 genes whose expression patterns strongly correlated with prostate enlargement. In other words, tissue samples of enlarged prostates reliably showed this gene signature, whereas healthy samples did not. What’s more, patients whose prostate tissues strongly correlated with this gene signature reported more severe symptoms.

While the overall signature is only correlation at this point, Brooks and Pollack have singled out two genes involved in cell signaling that they suspect may play a role in the condition’s development. One, CXCL13, codes for a protein involved in immune cell recruitment, which Pollack said makes sense because prostate enlargement involves inflammation. The other gene, BMP5, codes for a molecule involved in cell identity and development. Whereas CXCL13 effects are complicated to model in the lab, it’s relatively easy to manipulate BMP5. So the researchers rigged an experiment to test if adding a BMP5-laden concoction could change the characteristics of normal prostate tissue. They found that healthy prostate samples could be coerced into expressing the 65-gene signature seen in enlarged prostates.

“They even start to proliferate a little bit,” Brooks said. “It’s quite remarkable that with this one molecule, we can turn healthy samples into samples that mirror the molecular landscape of an enlarged prostate.”