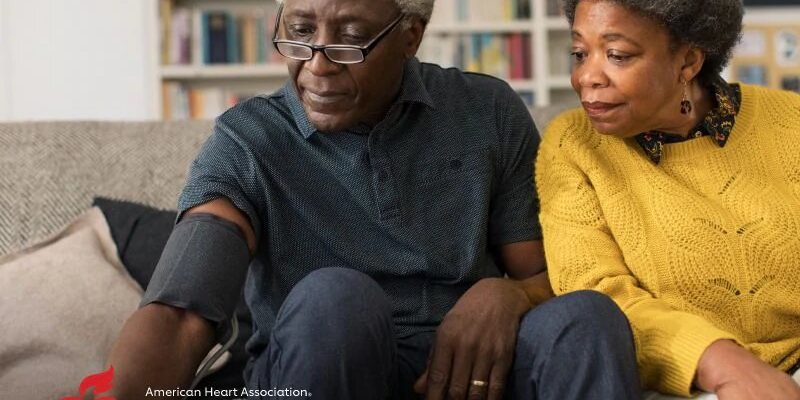 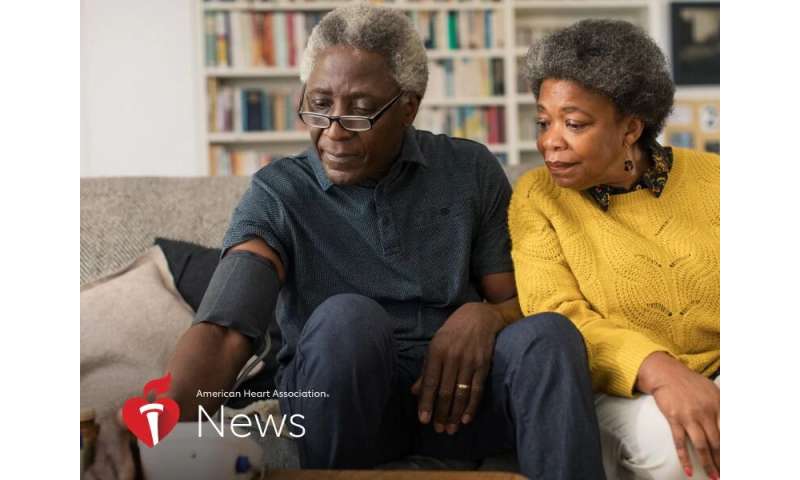 Checking blood pressure at home or elsewhere outside a doctor’s office could help predict a certain heart problem among black adults better than the same check done during a medical visit, new research suggests.

The study published Monday in the American Heart Association journal Hypertension sought to shed new light on a long-known issue: High blood pressure is more common and more severe for non-Hispanic black adults in the U.S. compared to other groups. Regardless of race, high blood pressure is often called “the silent killer” because its symptoms are hard to detect, and it can trigger serious cardiovascular disease.

One of those diseases is left ventricular hypertrophy, or LVH. It’s a condition in which the heart’s left pumping chamber has thickened and may not pump efficiently. LVH can increase the risk of heart failure, stroke, kidney failure and early death.

Researchers studied data from 2,189 black and white people, ages 30 to 64, who had their blood pressure taken both inside and outside the clinic. They were also tested for LVH.

After adjusting for various factors, the systolic pressure, or top number in the measurement, in out-of-office blood pressure testing was more than twice as accurate an indicator of LVH than the number measured in clinics, said Dr. Florian Rader, the study’s lead author. And it was even more accurate among black adults.

“White coat effect occurs when a patient comes to the office and is a bit nervous and has a slightly elevated blood pressure,” he said. “On the flip side, masked hypertension is when the blood pressure is lower in the office, maybe because the patient took his medication right before he went to the doctor, just like some people floss right before they go to the dentist.”

No matter what caused the inaccurate clinic readings, the results of the study highlight how important home blood pressure testing is – especially for black adults, Rader said.

“I think it’s a mistake to base hypertension diagnosis or treatment just on clinic blood pressure, but unfortunately, that still happens in the majority of cases,” he said. “The main message of this study is we need to pay closer attention to out-of-office measurements.”

According to guidelines from the American College of Cardiology and AHA, people with high blood pressure should measure their blood pressure at home, keep a log of the results and show it to their doctor. Rader said this can be done with inexpensive blood pressure monitors, or better yet, with ambulatory monitors, which are more expensive but more reliable since they track blood pressure over 24-hour cycles.

The study results were limited because participants didn’t use ambulatory monitors, Rader said. But their use soon could be on the rise. In July, the Centers for Medicare & Medicaid Services announced it was expanding coverage for the ambulatory devices.

Dr. Clyde Yancy, who was not involved in the research, said the study “helps parse out the nuances that matter the most in trying to diagnose high blood pressure. We’re now understanding how very important it is to incorporate the patient as partner.

“An accurate home diagnosis gives us the chance to introduce early on lifestyle changes which can be so incredibly important in controlling blood pressure, and when needed, to add medical therapy to mitigate the harm that might be occurring for untreated or undertreated blood pressure,” said Yancy, professor and cardiology chief at Northwestern University Feinberg School of Medicine in Chicago.

The findings show there’s still much room for improvement in treating black adults with high blood pressure, he said.