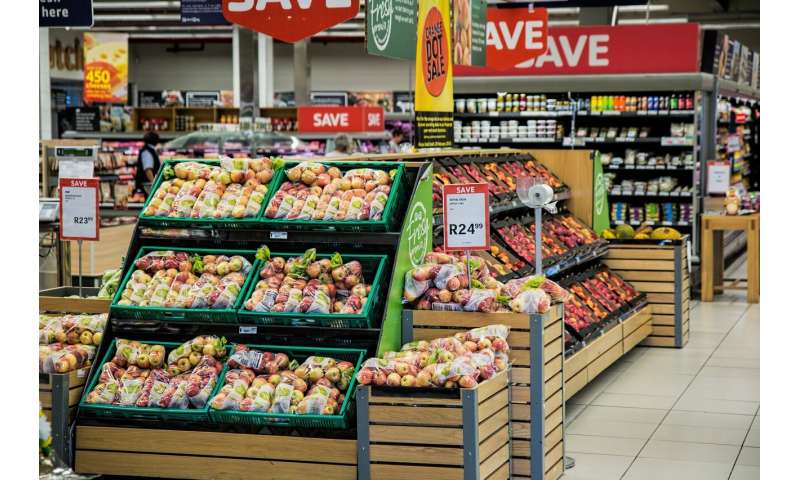 Shoppers whose supermarket trolleys are stacked with food and drink offered on special promotions have more than a 50 percent increased chance of being obese, according to a Cancer Research UK report published today.

This puts them at a greater risk of 13 different types of cancer including bowel and breast.

The study, which looked at the habits of more than 16,000 British households, found that people whose shopping baskets contained around 40 to 80 percent of goods on special offer have a greater chance of piling on the pounds.

The research also found that almost half of all chocolate, crisps, popcorn, and savoury snacks were bought on promotion. Bargain-loving shoppers also bought 30 percent less fruit, and nearly 25 percent fewer vegetables. This equates to nearly 6kg less of fruit and veg every month than shoppers more inclined to shun the special offers.

Around three in 10 food and drink products in shoppers’ baskets are bought on promotion in Great Britain, according to the findings. And the people who purchased the most items on offer bought 25 percent more food and drink high in fat, salt or sugar, equating to approximately 11 extra unhealthy items a month.

Obesity was almost 30 percent higher among people from households which bought the most food and drink on special promotions compared to those who bought the least. Obesity is a national epidemic and the leading cause of preventable cancer in the UK after smoking.

Professor Linda Bauld, Cancer Research UK’s prevention expert, said: “Promotional items offer people a wealth of tempting yet unhealthy food and drink choices when doing their weekly shop. With cut-price deals on things like chocolate, biscuits, cakes and fizzy drinks, it’s no surprise that people who buy more on promotion have a greater likelihood of being obese.

“With young children frequently being the ones who suffer from the effects of these purchases, introducing restrictions is important for their future health. We know that more than one in five enter primary school overweight or obese, yet the number worsens to around one in three when they leave.”

Alison Cox, director of cancer prevention at Cancer Research UK, said: “The government’s proposed 9pm ban on junk food ads is a step forward in fighting childhood obesity. Now we want to see restrictions on price promotions for unhealthy food and drink items, as well as those strategically-placed at checkouts. This will help families to make healthier choices.