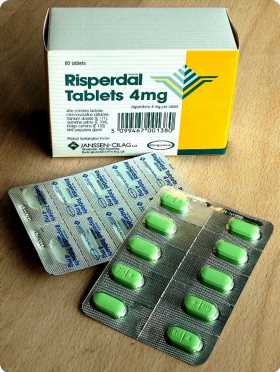 Patients with schizophrenia usually need medical treatment for their lifetime, even after the symptoms have resolved, to help manage the condition. In most cases, medications are administered in conjunction with psychosocial therapy and a psychiatrist experienced in schizophrenia management is usually involved in the process.

Antipsychotics are the most common treatment for schizophrenia, which work by altering the action of neurotransmitters and the neural pathways that are involved in the pathology of schizophrenia. These medications are most useful in the treatment of positive symptoms, such as delusions and hallucinations, and are less successful in the relief of negative symptoms. They are usually taken as part of a long-term management plan, as they help to prevent relapses of psychotic episodes.

Also known as second-generation antipsychotics, this class of medications is the first line choice of drugs for patients with schizophrenia. They are the first choice because they have a good efficacy profile in helping to reduce symptoms of the condition but are associated with fewer side effects than traditional antipsychotics.

Medications in this class include:

Patients are usually prescribed one of these medications upon diagnosis with schizophrenia. If the symptoms of the condition subside upon treatment initiation without unmanageable side effects, the treatment should be continued to prevent relapse of symptoms. If significant side effects become apparent, treatment can be withdrawn and substituted with another drug from the same class or a second-line option.

Also known as first-generation or typical antipsychotics, this class of drugs was discovered and used in practiced before the atypical drugs were discovered.

Medications in this class include:

This group of medications is associated with more severe side effects than the second-generation psychotics and is, therefore, considered as a second-line option. In particular, they tend to make patients feel more drowsy throughout the day than alternative drug options.

Some patients may experience side effects when taking antipsychotic medications. These effects may include:

This is not a complete list of side effects, but an overview of the most common effects applicable to most of the antipsychotic drugs. In some cases, the effects can be managed by reducing the dose but for other patients a change in drug is required.

There are subtle differences between the antipsychotic medications, even those within the same class. The choice of antipsychotic for the individual depends on the individual circumstances, although most patients begin with either risperidone or olanzapine, as they are usually well tolerated.

The response to the medication takes about 2-4 weeks to become evident on average and is successful in about 70% of cases. However, some patients may not experience an adequate response with the first medication choice, with continuing symptoms or the presence of undesirable side effects. In this case, the medication should be withdrawn and substituted for an alternative.

It is not uncommon for anticholinergic agents such as benztropine, trihexyphenidyl and diphenhydramine to be prescribed with antipsychotic medications.

This method is for the prevention of dystonic movements or the treatment of extrapyramidal symptoms that is sometimes associated with antipsychotic drug use. Anticholinergic agents can also be useful in the treatment of movement disorders such as akathisia.

Susan holds a Ph.D in cell and molecular biology from Dartmouth College in the United States and is also a certified editor in the life sciences (ELS). She worked in a diabetes research lab for many years before becoming a medical and scientific writer. Susan loves to write about all aspects of science and medicine but is particularly passionate about sharing advances in cancer therapies. Outside of work, Susan enjoys reading, spending time at the lake, and watching her sons play sports.