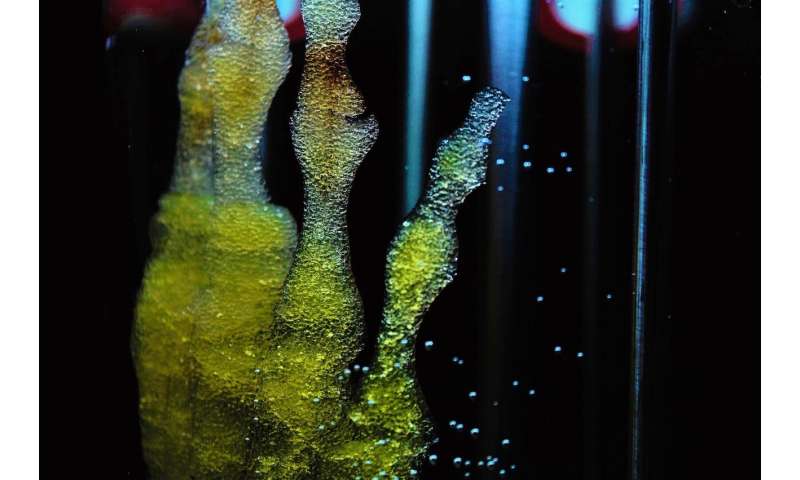 A discovery by researchers at Queen’s University Belfast and King’s College London (KCL) could revolutionise treatment for vascular and diabetes related cardiovascular diseases.

The researchers have developed technology that can produce large quantities of stem cells in a short time, using only a small blood sample. They have also found that the stem cells produced can generate and replace damaged cells within blood vessels. This treatment could prevent a range of vascular-related complications including heart attacks, kidney disease, blindness and amputations in people with diabetes.

Principal Investigator, Dr. Andriana Margariti from the Wellcome-Wolfson Institute for Experimental Medicine at Queen’s University Belfast, explains: “Being able to produce large quantities of stem cells from a few millilitres of blood in a short timeframe is truly ground-breaking. This could revolutionise how we treat a vast number of blood vessel diseases.”

“Previously, this cell transformation process would have involved a skin biopsy, or large volumes of blood, which simply isn’t viable for many patients as it is a risky process which can take a long recovery time.”

“This study focused on stem cells for vascular diseases but the same process can be used to produce stem cells for a number of organs, including the brain and kidneys, which has huge implications for the future of healthcare.”

The Queen’s and KCL researchers have also discovered that activating a particular gene known as Endothelial Specific Molecule 1 (ESM1) in the stem cells could enhance the production and function of newly generating endothelial cells, which play a key role in a number of vascular diseases.

Endothelial cells line the blood vessels, acting as a protective barrier. As the top layer of cells in the blood vessels, it is these cells that become seriously damaged in cardiovascular disease, and this is often accelerated in patients with diabetes.

People with cardiovascular disease and diabetes are more likely to suffer from heart attacks, blindness and poor circulation because their endothelial cells are damaged.

Dr. Margariti explains: “A major source of mortality among those with cardiovascular diseases, and especially patients with diabetes, is due to irreversible damage to their endothelial cells which can lead to blockage of blood flow to the heart, eyes, kidney and limbs.”

“One in every two people with diabetes will die from a heart attack. Current treatment for diabetes is often limited to drugs that regulate sugars and fats in the blood, and hypertension, but unless the endothelial cells are repaired, unfortunately, the illness will continue to progress.”

The preclinical study, published in Stem Cells, showed that stem cells expressing the ESM1 gene have a remarkable regenerative potential and significantly increased the blood-flow when they were tested in damaged blood vessels.

In a concept known as cell therapy, damage can be repaired through the transplantation of healthy endothelial cells. Professor Alan Stitt, Dean of Innovation and Education at Queen’s University Belfast and co-author explained: “Through the technology developed, we can readily produce stem cells to transplant to damaged blood vessels. We have discovered that activating the particular gene ESM1 will improve the production and function of endothelial cells, reversing the damaged cells. This is life-changing as the results have shown that repairing these cells can stop the progressive illnesses, which will prevent blindness and amputations.”