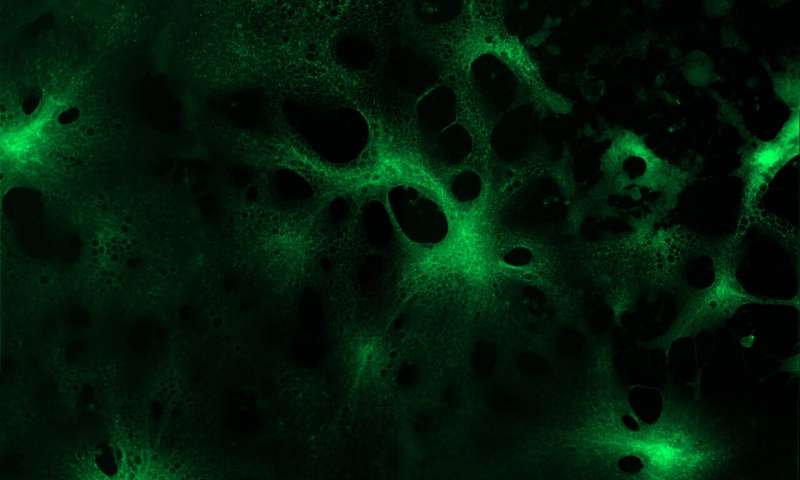 Findings from a study published in the journal Science Translational Medicine, led by David Leib, Ph.D., professor and chair of microbiology and immunology at Dartmouth’s Geisel School of Medicine, are offering new insights into neonatal herpes, its impact on developing nervous systems, and how newborns can be protected from the disease.

When we hear the term herpes, many of us may first think of cold sores or perhaps genital infections. Both are associated with the herpes simplex virus (HSV), a common infection of the nervous system which, while not curable, can be helped with antiviral drugs such as acyclovir.

Tragically, this is often not the case with a rarer and less recognized form of the disease: neonatal herpes, which can infect newborns with vulnerable immune systems, often leading to brain damage and death.

“One problem in infants is that it’s very difficult to diagnose—often they’re given antibiotics to treat what is thought to be a bacterial infection,” explains Leib. “By the time the mistake is realized, and they’re given antivirals, it’s too late to save their lives or to save their brains from long-term neurological damage. This can manifest as speech and learning problems, anxiety, motor issues, and problems with their hearing and vision.”

The work was supported, in part, by a National Institutes of Health-funded program project (grant number P01 AI098681) between Harvard and Dartmouth, with Harvard Medical School investigators Don Coen, Ph.D., and David Knipe, Ph.D. Leib also worked with Margie Ackerman, Ph.D., associate professor at Dartmouth’s Thayer School of Engineering, on the study. The researchers were able to test the efficacy of a live attenuated HSV vaccine from the Knipe Lab in a neonatal mouse model—by administering the vaccine to female mice, then mating those females to generate offspring.

“What we discovered was that when we challenged the newborn mice with virus, they were protected due to the mothers having been vaccinated,” says Leib. “Similarly, a different set of newborn mice were protected after we gave their moms a shot of HSV-specific antibodies.

“So, we were able to show that with both active and passive immunity administered to the mothers, we could protect the offspring from this neurological disorder,” says Leib, who notes that the researchers were also able to obtain human longitudinal serum samples from mothers, newborns, and young children to test for HSV antibodies and confirm the validity of their mouse model. 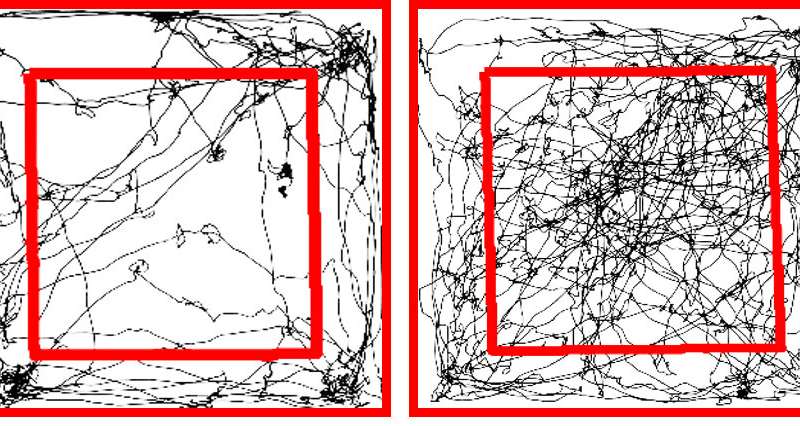 The work builds on findings from a study published in 2017 in the journal mBio by Leib and his research team that found that antibodies produced by adult women or female mice were able to migrate easily to the nervous systems of their unborn babies—giving them immunity from the virus.

However, there are two scenarios that are particularly dangerous for newborns, says Leib. “One is when a mother acquires genital herpes late in pregnancy but does not yet have a mature immune response she can pass to the baby,” he says. “The other, which is still not well-known, is when a mother who is completely herpes-free delivers a baby, who is then exposed to the virus in their community, usually through a kiss by a well-meaning family member.”

In a unique aspect of this study, investigators were able to measure not only mortality but also neurological consequences of infection in mice who acquired the virus. Leib Lab members Chaya Patel (Guarini ’20), a graduate student and first author on the paper, and Sean Taylor, a research assistant, in consultation with Dartmouth’s Department of Psychological and Brain Sciences, developed a behavioral test for infection-induced, anxiety-like behavior.

“They set up what’s called an open field test, by constructing an open chamber with a GoPro camera mounted on the top, so they could record the movements and behavior of the mice,” explains Leib. “What we found was that mice who were infected and not protected by their mothers had significantly higher levels of anxiety-like behavior, consistent with the idea that they had brain damage.”

Notably, the researchers also observed considerable anxiety-like behavior in adult mice that had been infected with trace amounts of the virus as neonates, even though they showed no other clinical signs of disease. “I think what this tells us is that these naturally occurring viruses in our environment, which we may be exposed to as infants, have the possibility of affecting our behavior and our development over the long term,” he says.

In addition to the program project with Harvard, Leib also credits the availability of the Allan U. Munck & Elmer R. Pfefferkorn Education and Research Fund, an endowment named in honor of two renowned members of the Geisel faculty, as a valuable source of support for the research. “It has provided much-needed support for two years, which we are eternally grateful for,” he says, “as we are for the money we also received from the Hitchcock Foundation for this work.”

“The breakthroughs that David and his team are making in gaining a better understanding of neonatal herpes and how it can be more effectively prevented and treated are impressive,” says Duane Compton, Ph.D., dean of the Geisel School of Medicine. “This is exactly the kind of research that the Munck-Pfefferkorn fund is designed to support, especially given today’s challenges in securing funding from external sources.”