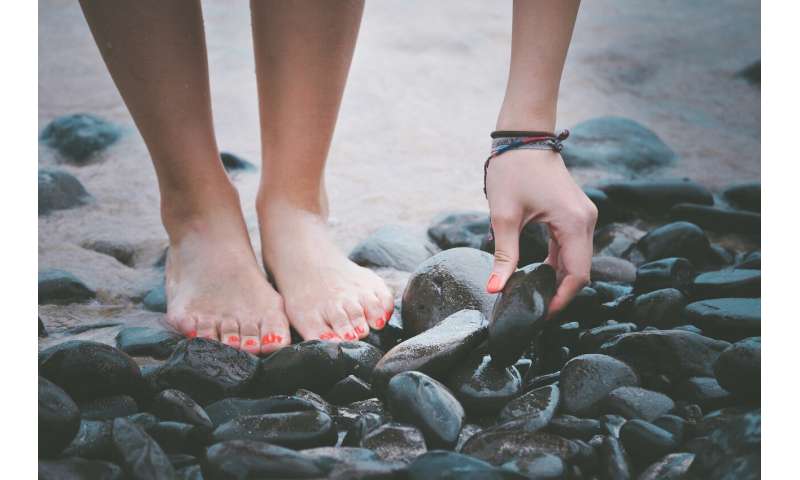 For many people, simple sensations such as the gentle caress of a loved one or walking barefoot through the grass feel pleasant. For individuals with autism, the feeling of light pressure on the skin may be perceived as aversive or even cringe-inducing.

“Sensory differences in individuals with autism are something that clinicians and researchers have observed for a long time, but most of the research has focused on vision and hearing because of their roles in social communication, which is the core deficit in autism,” said Carissa Cascio, PhD, associate professor of Psychiatry and Behavioral Sciences at Vanderbilt University Medical Center.

For several years, Cascio’s research lab has shifted the focus of multisensory perception in individuals with autism to hone in on how the sense of touch may be perceived differently than in people without autism. While autism is known for being heterogeneous with symptoms varying across patients, reports of stronger emotional reactions to light and deep pressure on the skin are common.

“We actually have two senses of touch that talk to each other but are set up physiologically to operate very independently of each other,” said Cascio. “Discriminative touch, which is mediated by receptors that conduct signals quickly, is used to help us manipulate things with our hands. We use it to determine the weight of objects and how strong of a grip we need to pick something up.”

By contrast, affective touch relays signals slowly and conveys information about pain and temperature. But recent evidence shows that the fibers activated through this type of touch may also relay emotionally meaningful touch, such as a soft stroke on the arm.

When comparing brain responses to both types of touch in individuals with and without autism, the groups showed little variation in response to discriminative touch, but reactions to affective touch proved remarkably different.

“Our working hypothesis is that there’s something different about how sensory processing is connecting with the emotional parts of the brain. We don’t necessarily think it has to do with individuals with autism having differences in their fundamental experiences of touch, but somehow their brain is interpreting it differently in terms of how rewarding or aversive it is,” said Cascio.

For example, an experiment conducted by Cascio’s lab attached a heating pad to individuals with and without autism, applying an uncomfortably warm, yet safe, temperature to each participant’s calf for 15 seconds. Both groups rated their pain with the same score—a seven out of 10—but brain images showed that neural reactions to the pain lasted 30 seconds in the neurotypical participants and only 10 seconds in patients with autism, meaning their reactions to the pain disappeared even before the pad was removed.

“I’m hopeful that if there is something different in the way the brain is connecting sensory and emotional information in individuals with autism, we can use that to inform intervention approaches early in the individual’s life,” said Cascio.

Because the sense of touch fully develops in the womb—long before other senses, such as visual processing—Cascio’s team seeks to discover whether an altered perception of touch at an early age could impact other aspects of development. The findings may also have implications for the social challenges people with autism often experience, since most of one’s social information as an infant is relayed via touch through cuddling, rocking, holding and breastfeeding.

Cascio’s lab is also exploring sensory perception to internal cues, such as digestive signals or a change in one’s heart rate, and how it may influence an individual’s perception of their emotional state. Earlier evidence has shown people with autism may be better able to attend to internal cues, raising questions of how their perceptions of corresponding emotions may differ from those of people without autism.