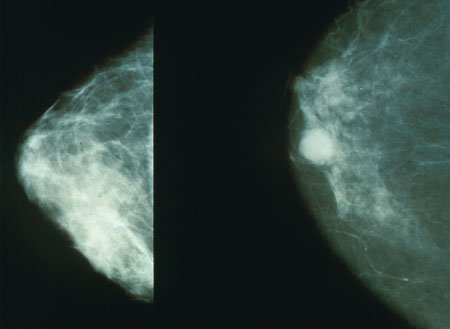 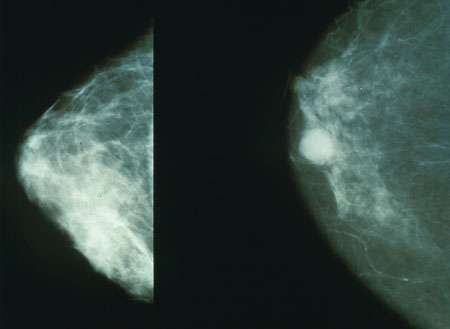 She first noticed the odd rash in February and figured it probably had something to do with her clothing.

But buying a new bra had no effect. A mammogram showed no internal warning signs, so Elaine Deboe of Jamul just lived with it, carrying on with her busy life working for Caltrans and enjoying time with her large extended family.

“I didn’t think too much of it at the time,” Deboe said.

By the fall, the rash had spread, taking on a bumpy, orange-peel texture. Her primary doctor referred her to a dermatologist who made a quick diagnosis: inflammatory breast cancer.

Suddenly, what seemed like an annoyance was a major threat, one that has forced her to undergo chemotherapy and that has the 56-year-old scheduled for a double mastectomy.

“The toughest part has been not knowing what my outcome is going to be,” Deboe said, reclining in a bed at a Scripps Health infusion center in Torrey Pines last week.

She is among few who end up with this particularly insidious form of breast cancer that presents not as a lump embedded deeply in tissue but as an anomaly on the surface.

According to the National Cancer Institute, inflammatory breast cancer makes up somewhere between 1% and 5% of all invasive breast cancer cases. The American Cancer Society estimates there will be 268,600 such cases diagnosed in 2019, meaning that the disease will affect between 3,000 and 13,500 American women this year.

In 2006, Buchholz, a radiation oncologist, was part of a team at M.D. Anderson in Houston that founded the world’s first inflammatory breast cancer center dedicated to studying why the relatively rare condition surfaces in some women but not others.

More than a decade later, Scripps, in an ongoing collaboration with Anderson, is starting its own center with a goal of sharing data and continuing research efforts. Already, the physician said, Anderson has started sending patients from outside the immediate area.

Inflammatory breast cancer is considered particularly aggressive, blocking the lymph vessels in the skin of the breast and causing the characteristic swelling and redness. Progression can occur in weeks or months, meaning that the window to seek treatment can be particularly small, especially as the condition’s rarity means that primary care doctors often think they’re dealing with a bacterial infection and prescribe antibiotics when women first show up with swelling or a rash.

Given the speed, Buchholz said, treatment will often be more aggressive up front. After chemotherapy halts the spread, aggressive radiation treatments follow.

“We shorten the treatment schedule and give a little bit more intensive radiation due to the rapid proliferation that is common in these cases,” Buchholz said, adding that, as a group, IBC patients tend to be younger than average.

Research efforts have compared the genetics of inflammatory breast cancer tumors to other types of breast cancer and found that not much is different. Tumors often have the same genetic characteristics as those that form tumors, grow more slowly and have various sensitivities to certain types of hormone-based therapy.

Why, then, do some cases become inflammatory? The current thinking, Buchholz said, is that there is something present in the “micro environment” of some women, in the basic chemistry of their bodies, that triggers inflammation.

“Why certain women have a microenvironment that predisposes tumor cells to become more like inflammatory breast cancer rather than regular breast cancer is still unknown,” Buchholz said.

But Scripps, in its collaboration with M.D. Anderson, is doing what it can to help build up the store of information that is necessary to answer that question. Getting as much information from each patient, he said, is a critical step in determining commonalities among inflammatory breast cancer patients.

“We take careful histories about pregnancies and breast feeding and different types of exposures … we are looking for unique patterns within the IBC population so that we can begin to identify those factors that may have some bearing on who is affected and who isn’t,” Buchholz said.