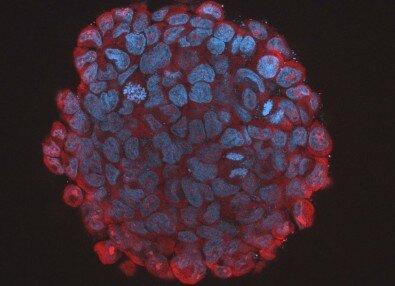 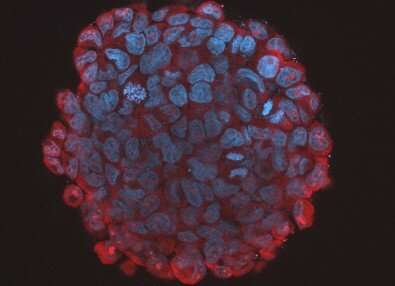 In Brazil, scientists affiliated with the Human Genome and Stem Cell Research Center (HUG-CELL) at the University of São Paulo (USP) have identified a molecule capable of reducing the aggressiveness of embryonal central nervous system tumors. These are malignant tumors that start in fetal cells in the brain and mainly affect children up to four years old.

The results are published in the journal Molecular Oncology. HUG-CELL is one of the Research, Innovation and Dissemination Centers (RIDCs) supported by São Paulo Research Foundation—FAPESP. Its principal investigator is Mayana Zatz, Professor of Human and Medical Genetics at USP’s Institute of Biosciences (IB).

The approach proposed by the group can be classified as a type of microRNA-based therapy. A microRNA is a small RNA molecule that does not encode protein but plays a regulatory role in the genome. In this study, researchers used a synthetic version of an inhibitor of microRNA-367 (miR-367) with anti-tumor activity.

“We demonstrated in an animal model of a central nervous system tumor that treatment with a microRNA inhibitor attenuates properties of tumor stem cells and prolongs survival,” said Oswaldo Keith Okamoto, a professor at IB-USP and the principal investigator for the study.

Okamoto explained that embryonal central nervous system tumors such as medulloblastomas and atypical teratoid/rhabdoid tumors (AT/RTs) tend to contain cells with characteristics similar to those of stem cells, which boosts their tumorigenic potential and capacity to invade tissue while also making them more resistant to cell death.

These tumors are caused by genetic or epigenetic aberrations in stem cells and neural progenitors when the nervous system is being formed during embryonic development. The neural stem cells that undergo these alterations later give rise to tumor cells. They form aggressive, fast-growing tumors that may appear shortly after birth, in later childhood or in adolescence.

A more recent study was led by Carolini Kaid, a postdoctoral researcher at IB-USP with a scholarship from FAPESP.

Previous research has already shown that OCT4A, one of the genes that encode pluripotency factors, is overexpressed in aggressive medulloblastomas and that this overexpression is associated with an unfavorable prognosis. During her master’s research, Kaid detected the expression of miR-367, a gene that promotes stem-like traits in tumor cells, in parallel with overexpression of OCT4A.

The researchers then tested a specific synthetic inhibitor of miR-367 containing minor chemical alterations that make it more stable in cells. A patent application has been filed for the invention.

Tumor size was reduced considerably, and survival improved in all groups of mice. The results confirmed what had previously been observed in cell cultures.

In this model, the researchers noted that when the synthetic molecule interacted with miR-367 in tumor cells, it prevented this microRNA from affecting the levels of proteins it normally regulates, such as ITGAV and SUZ12.

The latter is known to be involved in silencing pluripotency-related genes in embryonic stem cells.

While the role of ITGAV in embryonal central nervous system tumors is not fully understood, ITGAV is known to participate in the renewal of both normal and tumor stem cells.

“When miR-367 is inhibited in cancer cells, it stops regulating several proteins. This molecular alteration eventually affects the properties of these cells, resulting in an attenuation of the tumor’s aggressiveness. This is what makes the strategy interesting,” Kaid said.

The researchers believe that in humans, the synthetic molecule alone may be capable of at least containing the development of these tumors and improving survival. Even so, they are testing combinations of the molecule with drugs currently used to treat the tumors. They want to find out whether the approaches could be combined using lower doses of chemotherapy drugs.

Before clinical trials can be performed, however, pharmacology and toxicity studies will be necessary, as will pharmacokinetic testing to show how the molecule is metabolized and how long it stays in the organism (its half-life).