“Why can’t you just relax into it?” is a question many of us have asked in frustration with ourselves or others – be it on the dance floor, the sporting field or in rather more private circumstances. The task typically requires us to respond spontaneously to external events, without any deliberation whatsoever. It ought to be easy – all you have to do is let go – yet it can be infuriatingly difficult.

“Stop thinking about it!” is the standard remedial advice, although cancelling thought with thought is something of a paradox. The retort, “I am trying!”, is equally puzzling, for deliberate intent is precisely what we are here struggling to avoid. So what is this act of choosing not to choose, of consciously relinquishing control over our actions? Our new study, published in Communications Biology, has finally provided insights into how this capacity is expressed in the brain.

Astonishingly, this fundamental human phenomenon has no name. It might have escaped academic recognition entirely had the German philosopher Friedrich Nietzsche not given it a brilliant gloss in his first book The Birth of Tragedy, itself a paradoxical work of philosophy in tacitly encouraging the reader to stop reading and get a drink instead. Whereas other thinkers saw culture on a single continuum, evolving into ever greater refinement, order and rationality, Nietzsche saw it as distributed across two radically different but equally important planes.

Perpendicular to the conventional “Apolline” dimension of culture, he introduced the “Dionysiac”: chaotic, spontaneous, vigorous and careless of the austere demands of rationality. Neither aspect was held to be superior, each may be done badly or well, and both are needed for a civilisation to find its most profound creative expression. Every Batman needs a Joker, he might have said, had he lived in a more comical age.

Of course, Nietzsche was not the first to observe that human beings sometimes behave with wanton abandon. His innovation consisted in realising it is a constitutional characteristic we could and should develop. And as with any behavioural characteristic, the facility to acquire it will vary from one person to another.

As Dionysus and neuroscientists are mostly strangers, it should come as no surprise that the capacity for “meta-volition” – to give it a name that captures the notion of choosing not to choose one’s actions – has until now escaped experimental study. To find out how our brains allow us to give up control and explain why some of us are better at it than others, my colleagues and I wanted to develop a behavioural test and examine the patterns of brain activity that go with lesser or greater ability.

Most tests in behavioural neuroscience pit conscious, deliberate, complex actions against their opposites, measuring the power to suppress them. A classic example is the anti-saccade task, which purportedly measures “cognitive control”. Participants are instructed not to look towards the light when they see a brief flash in the visual periphery, but instead to the opposite side. That’s hard to do because looking towards the light is the natural inclination. People who are better at this are said to have greater cognitive control.

To measure how good people are at relinquishing control, we cannot simply flip a task around. If people are asked to look into the light, will and instinct are placed in perfect agreement. To put the two in opposition, we must make the automatic task unconscious so that volition could only be a hindrance. 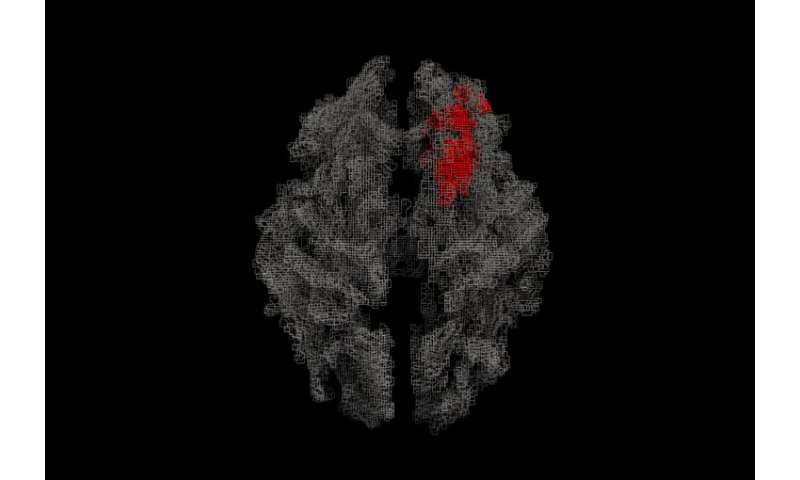 It turns out that this is easy to do by flashing two lights on opposite sides of the visual periphery nearly simultaneously, and asking the subject to orient as fast as possible to the one they see first. If a flash comes a few dozen milliseconds before the next, people typically obtain an automatic bias to the first flash. You need at least double that amount of time to reach the threshold for consciously detecting which one comes first. Thinking about what came first could only impair your performance because your instinct operates well beneath the threshold at which the conscious gets a foothold.

Amazingly for such a simple task, people vary dramatically in their ability. Some – the Dionysiacs – effortlessly relax into allowing themselves to be guided by the first light, requiring no more than a few milliseconds between the flashes. Others – the Apollines – cannot let go, even when the flashes are many times further apart. Since trying harder does not help, the differences are not a matter of effort but appear to be part of who we are.

We used magnetic resonance imaging to investigate the brains of people performing the task, focusing on white matter – the brain’s wiring. A striking picture emerged. Extensive sections of the wiring of the right prefrontal lobe, a region heavily implicated in complex decision making, was revealed to be stronger in those who were worse at the task: the Apollines. The more developed the neural substrates of volition, it seems, the harder to switch them off.

By contrast, no part of the Dionysiac brain showed evidence of stronger wiring. Suppressing volition appears to depend less on a “meta-volitional centre” that is better developed than on the interplay between spontaneous and deliberate actions. We can think of it as two coalitions of brain cells in competition, with the outcome dependent on the relative strength of the teams, not the qualities of any umpire.

The results demonstrate how the brain operates by competition at least as much as by cooperation. It may fail at a task not because it does not have the power, but because another, more dominant power stands in opposition. Our decisions reflect the outcomes of battles between warring factions that differ in their characteristics and evolutionary lineage, battles we can do little to influence because we are ourselves their products.

People also differ widely in their qualities, including spontaneity, not because evolution has not yet arrived at an optimum, but because it seeks to diversify the field as far as possible. That’s why it creates individuals tuned to respond to their environment in very different ways. The task of evolution is less to optimise a species for the present than to prepare it for a multiplicity of futures unknown.