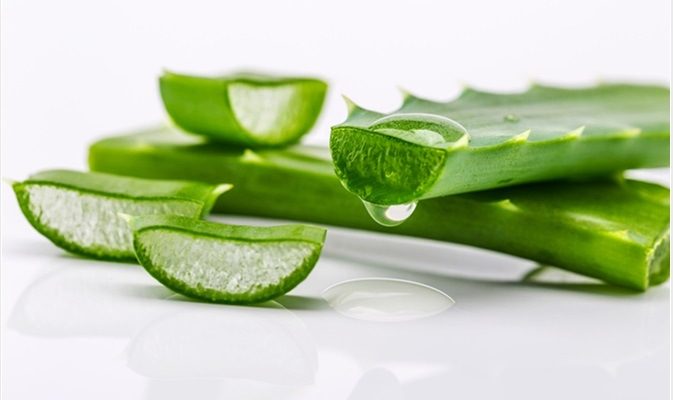 Aloe vera is a popular plant that has been widely used in alternative medicine for various uses.

What is Aloe Vera?

Aloe vera or Aloe barbadensis is a succulent plant that has many health benefits. It has been used in alternative medicine for the treatment of many conditions. Aloe vera is a cactus-like plant that thrives in hot and dry climates. The aloe gel, which is the main part of the plant used for cosmetic and medicinal purposes. 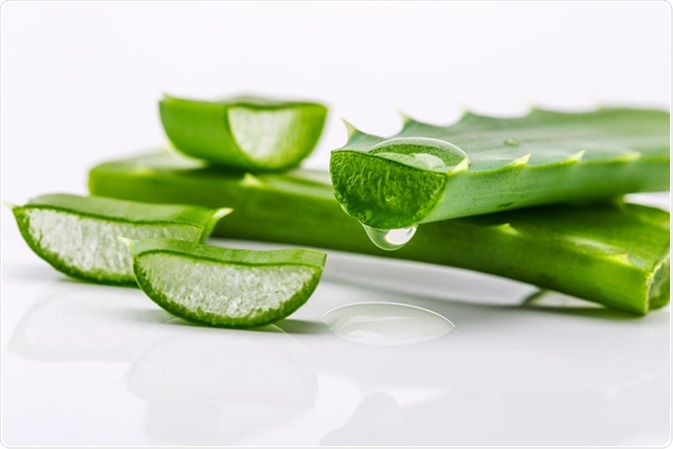 Aloe vera’s use can be traced back about 6,000 years ago to early Egypt. Dubbed as the “plant of immortality”, the aloe vera was once given as presents during the funeral of pharaohs.  Aside from Egypt, other countries have used aloe vera due to its health benefits. These include Greece, India, Mexico, Japan, and China.

Aloe vera contains active ingredients that provide the plant’s health benefits.  There are about at least 160 essential ingredients in aloe vera leaves. Some experts say that there are at least 300 to 400 vital components. For instance, aloe vera contains vitamins A, C, E, and B, which are antioxidants that work by warding off free radicals to prevent oxidative stress. Aloe vera also contains monosaccharides, polysaccharides, hormones, enzymes, and secondary plant compounds.

Aloe vera is popular for its various health benefits, including:

Aloe vera is most commonly used as a topical agent, which means it’s rubbed on the skin. For many years, it has been used for burns and sores. In fact, it’s an effective medicine to reduce the healing time of burns.

How does aloe vera fasten wound healing? Aloe vera contains glucomannan, a polysaccharide, and gibberellin, a growth hormone. These works by interacting with growth factor receptors found on the fibroblast. As a result, the fibroblast’s proliferation is triggered, increasing collagen synthesis. Hence, the process makes wound healing faster.

Many studies have shown that aloe vera has protective effects on the skin. It protects the skin from free radical damage and the effects of radiation on the skin. The exact mechanism is unclear but when aloe vera gel is applied on the skin, it produces metallothionein, a potent antioxidant protein, and wards off hydroxyl radicals.

Due to the ingredients in aloe vera that prevents inflammation, it has been used to soothe insect bites. Also, when applied to the skin, aloe vera acts as an antipruritic which reduces or prevents itching.

Aloe vera is an effective anti-inflammatory. It inhibits the cyclooxygenase pathway and decreases the prostaglandin E2 production from arachidonic acid. Moreover, since inflammation is usually caused by oxidative damage due to free radicals, aloe vera acts as an antioxidant that fights free radicals.

One of the most popular health benefits of aloe vera is its ability to aid digestion. Consuming aloe vera juice improves digestion and relieves hyperacidity, ulcers, and gastroesophageal reflux disease (GERD).

Aloe vera is considered a natural laxative. The anthraquinones found in latex can help increase water in the intestines and trigger mucus secretion. Plus, it boosts intestinal peristalsis, preventing constipation.

Dangers of Aloe Vera to health

Despite having many health benefits, aloe vera may have risks, too.

Some people may be hypersensitive to some ingredients in aloe vera. Also, the prolonged use of aloe vera gel can cause skin allergies such as inflammation and hives.

Some people who have used aloe vera as a laxative or for digestion may report stomach discomfort and diarrhea. Diarrhea can be dangerous if it’s left untreated due to dehydration and electrolyte imbalance.

Aloe vera can help lower blood sugar levels. But, people with diabetes who take medicines to lower their blood glucose should be cautious if they’re taking aloe, to prevent lowering the blood sugar to dangerous levels.

Aloe vera has many health benefits. But, along with its wonders are health risks that people should be cautious about.