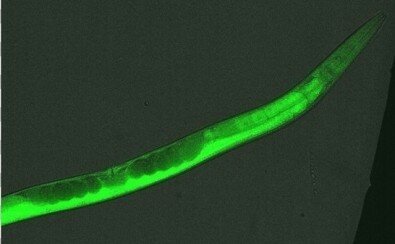 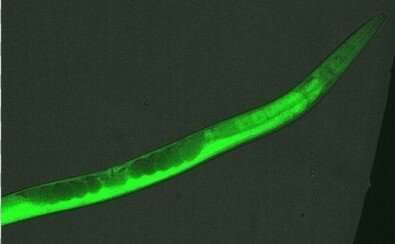 A group of Brazilian scientists have long conducted experiments with roundworms to investigate the role of schizophrenia-linked genes in patients’ response to antipsychotic drugs. The results obtained thus far point to new ways of understanding resistance to certain classes of medication.

The studies are conducted by researchers in the Pharmacology Department of the Federal University of São Paulo’s Medical School (EPM-UNIFESP), collaborating with colleagues at the University of Campinas (UNICAMP). An article on some of the findings has been published in the journal Progress in Neuro-Psychopharmacology and Biological Psychiatry.

Schizophrenia is a highly complex mental disorder with unknown causes and no cure. Pharmacological treatment consists basically of the administration of antipsychotic drugs that control symptoms and help the patient manage social interaction. First- and second-generation antipsychotics act on the nervous system, mainly by blocking two neurotransmitters, dopamine and serotonin, which play several important roles in the brain.

The group’s latest study set out to determine at the molecular level why some patients respond to second-generation but not first-generation antipsychotics.

“Schizophrenic patients are known to have lower levels of activity of a specific enzyme called NDEL1 [nuclear distribution element-like 1]. The levels of activity are even lower in treatment-resistant patients,” said Mirian Hayashi, a professor at EPM-UNIFESP and principal investigator for the study.

Hayashi explained that NDEL1 contributes to the degradation of neurotransmitters that play an important role in the brain’s functioning. “In our study, we found that NDEL1 may be linked to the development of schizophrenia,” she said.

One way to characterize the action of a protein is to use animals that have been genetically modified so as not to express the molecule of interest. These are known as knockout animals.

“We normally use mice or rats as animal models, but in the specific case of our research on NDEL1, this isn’t possible. Embryos of rodents that don’t express NDEL1 aren’t viable—they don’t develop in utero,” Hayashi said.

The alternative is to use an invertebrate, Caenorhabditis elegans, a nematode or roundworm with a length of approximately 1 mm found worldwide in moist soil.

The study described in the article was supported by FAPESP – São Paulo Research Foundation. The ongoing research is part of the National Institute of Science and Technology in Bioanalysis, which is funded by FAPESP and Brazil’s National Council for Scientific and Technological Development (CNPq).

C. elegans lacks the gene that encodes NDEL1, but it has other similar genes. Nuclear distribution elements or NDE genes are present in the genomes of fungi and of vertebrates and invertebrates, such as insects, mollusks and nematodes.

This is because NDEs were inherited from a common ancestor of fungi and animals that lived more than 1.5 billion years ago. Since then, the ancestral gene has changed as new groups of living beings evolved, but its function has remained similar.

In mammals, for example, NDE1 and NDEL1 play an important role in brain development and neuron guidance. In C. elegans, the same functions are encoded by the genes NUD-1 and NUD-2.

“We decided to use C. elegans nematodes that had been genetically modified to suppress NUD-1 and NUD-2 and treat them with antipsychotics used to treat schizophrenia. The idea was to investigate the importance of these proteins in schizophrenics,” Hayashi said.

The study began with suppression of the NUD genes in nematodes divided into three groups. The control group comprised unmodified nematodes. The second and third strains consisted of knockout strains in which either NUD-1 or NUD-2 had been silenced.

“For the experiments, we used these three strains and compared the behavior of each one with and without treatment via the first-generation drug [haloperidol] or the second-generation drug [clozapine], which were administered separately,” Hayashi said.

“To evaluate the role of NUD genes and antipsychotic drugs in the behavior of C. elegans, we measured the frequency of body movement [locomotion], oviposition [egg laying], and pharyngeal pumping. All these are characteristics controlled by neurons and specific neurotransmitters such as dopamine and serotonin, which are involved in schizophrenia.”

C. elegans is tiny, and the researchers used a magnifying glass to observe the worms used in these experiments. Each group comprised between six and ten worms. To infer whether they were affected by the drugs, in the specific case of locomotion, the researchers observed their movements and the distances traveled.

“Frequent zigzagging movements were considered a sign of action by the drugs. This enabled us to establish whether the absence of NUD genes influenced the effectiveness of the drugs in acting on the dopamine and serotonin pathways,” Hayashi said.

Egg-laying behavior was analyzed by counting the number of eggs. In the case of pharyngeal pumping, the scientists observed whether feeding rates were normal or displayed alterations.