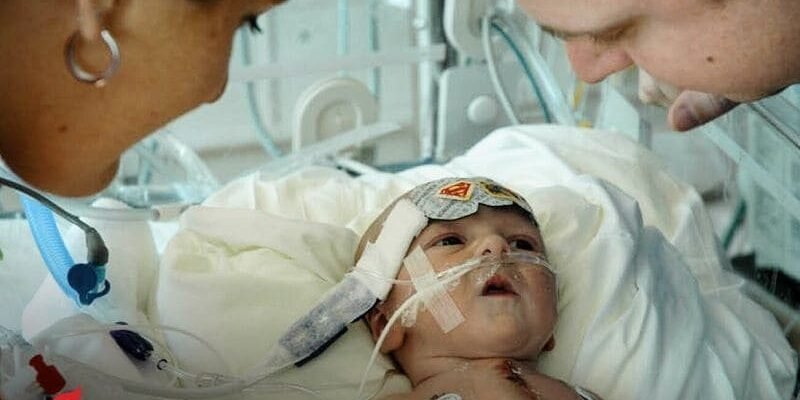 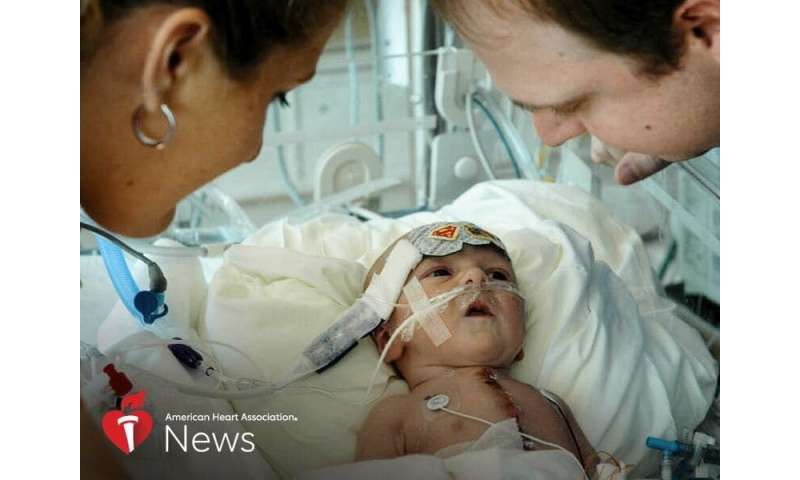 Rikki and Greg Myers were excited to hear whether their first child would be a boy or a girl. They were hosting Thanksgiving and wanted to reveal the gender then.

Yet when the doctor spoke, the only words that mattered were, “Your baby has formed only half a heart.”

The test showed their baby boy had hypoplastic left heart syndrome. With HLHS, the left side of the heart doesn’t develop properly while in the womb, making it impossible for the left ventricle—responsible for pumping freshly oxygenated blood out to the rest of the body—to function properly. Without immediate intervention, the congenital heart defect is fatal, usually within the first few days or weeks of life.

Once Rikki and Greg got hold of their emotions, they became pragmatic. They’d always been very determined in everything, from playing tennis to their careers. They would bring the same attitude to parenting.

They hosted Thanksgiving as planned, giving them plenty of time to discuss the bittersweet news with family. The same day, they decided to name their son Skylar Christian. They liked Sky as a nickname and chose Christian to embed the couple’s faith in his name.

“We knew that we were going to need God in our lives more than ever,” Rikki said.

Aside from regular checkups at Levine Children’s Hospital in Charlotte, where they lived at the time, the couple carried on as usual.

“We shopped for baby clothes and did the nursery and worked and played tennis,” Rikki said. “It was going to be fine.”

She kept noticing stores selling items with the word “Believe.” So, she bought them all for Skylar’s nursery. She began closing the blog she was writing about their experience with, “Always Believe.”

Children born with HLHS typically have a set of three surgical procedures in the first few days, months and years after birth. The goal is to stabilize the heart and reconstruct it so it can pump blood with only one ventricle.

As soon as Skylar was born in April 2008, he was rushed to the neonatal intensive care unit and hooked up to machines to help keep him alive until his first surgery.

On day three, doctors said he was not strong enough for surgery. The Myers called their priest to perform an emergency baptism.

On day four, he improved slightly and surgeons gave the green light.

After surgery, Skylar spent his first month in the hospital. But at 3 months old, his condition worsened.

Rikki and Greg were told if Skylar didn’t have a heart transplant, he would have seven to 10 days to live.

Six days into what Rikki called “the hardest week we’ve been through,” their surgeon, Dr. Larry Watts, walked into Skylar’s hospital room and said, “Well, Mom and Dad, you’re going to have a long night. Skylar is getting a heart.”

Greg gave Watts a bear hug, jumped off the ground and wrapped his legs around the doctor.

When Skylar came out of the operating room the next morning, “he looked like a whole new kid. I mean a whole new kid,” Rikki said. “He’d been a blue baby all that time, and now everything was pink. Even his nail beds.”

Skylar went home the next week.

Months later, Skylar was hospitalized for a serious illness that doctors could not diagnose. One of his problems was a droopy face caused by Bell’s palsy.

Rikki sought out Dr. Yuliya Domnina, a pediatric cardiac intensive care unit specialist who’d been involved in his care. Rikki mentioned the droopy face. The doctor immediately recognized the source of Skylar’s problem—a condition related to organ transplantation. A reduction in a medication used to fight organ rejection, and starting another medication, had Skylar on the mend.

Domnina suggested Skylar’s care be transferred to where she happened to be headed, Children’s Hospital of Pittsburgh, which is acclaimed for its pediatric transplantation program.

Skylar has now gone without serious health scares for almost a decade. His parents take him for yearly checkups to Pittsburgh, where they also spend time with Domnina and her family.

“I remember Sky being such a teeny little baby,” Domnina said. “Now he’s such a big boy, and we’re celebrating his every milestone. As a cardiac intensivist, it’s a special opportunity for me to see him turn into a healthy boy. I definitely cherish the unique glimpse into what our kids and families go through.”

Skylar turns 11 on April 6. He’s in fourth grade and plays tennis, golf and touch football (he can’t participate in contact sports). He also loves everything about airplanes.

He has some learning disabilities, which makes school challenging, but he’s a superstar fundraiser at his school.

Last year he claimed a school district record when he raised $2,800 in the American Heart Association’s Kids Heart Challenge (his fourth) at his elementary school in Sanford, Fla., where the family now lives.

For years, Rikki has volunteered with causes related to heart disease. She no longer blogs about her family’s journey, but she does send out annual Christmas cards.