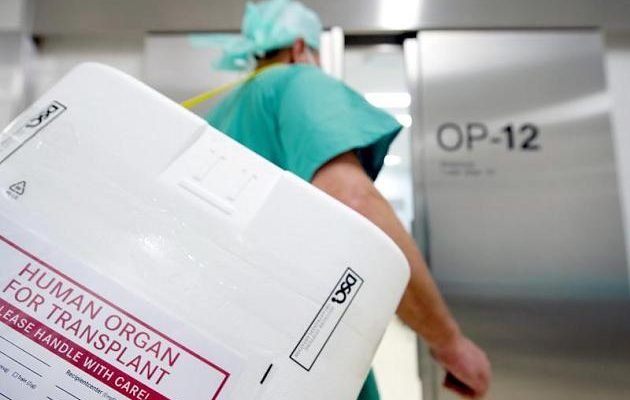 A 53-year-old Dutchwoman, who had died of a stroke, had to give their organs for removal. , Lungs, heart, and liver TRANS-audited in renal plan – but they have also brought to your receivers sorry, there are no health, but transmitted deadly cancer cells.

People who are in need of donor organs, usually have hardly any other chance of Survival than a transplant. Often you have to wait years for a matching donation – and are all the more happy when you can finally get the perfect body. Organ donor save a life after your own life has ended through often tragic circumstances.

That a donation but can not have only positive sides, show the cases of five people from Germany and the Netherlands. They received in 2007, the bodies of a 53-year-old Dutchwoman, who had died of a stroke. Although the Doctors explain, to have the body of the donor in accordance with the regulations examined, missed a Tumor that was in the breast of the woman. You stated now in a case description, which was published in the “American Journal of Transplantology”.

Of breast cancer the woman has a kidney, therefore, with your organs, liver, lungs, and heart to the recipients and to the to put four of them. The fifth recipient who received the heart of the donor, but died a few months after the transplant on complications of the surgery – her body rejected the foreign Organ.

According to a representative survey, 81 percent of the respondents are in principle willing to donate their organs after death to save the life of another. However, only about a third of the German’s actually carrying an organ donor card.

Here you can order your organ donor card.

An organ donor card you can use as well to speak of a donation explicitly to resist. A doctor must accept that will. Has decided to a Deceased person for donation is tested in accordance with the final, non-recoverable failure of the brain, whether the organs come up for donation in question. Then you will be taken where appropriate.

16 months after the organ donation Doctors to diagnose first tumors

The tragedy began about 16 months after the donation. Doctors diagnosed this time, tumors in the body of a 42-year-old woman who had received the lung of the donor. The cancer cells spread quickly in your body, so that she died in the year 2009. The Doctors found in your body breast cancer cells, which could be attributed to the organ donor back.

The physician, alarmed the other patients had received organs from the donor. The 62-year-old woman who received the left kidney was initially healthy. The Doctors offered to remove the kidney, which she declined. Five years later, she became ill. The Doctors found cancer cells in her liver, kidney, bones and other Parts of your body. You could also make the cells of undetected breast cancer in the donor for the Cancer-like disease responsible. The patient died within a year.

The 59-year-old woman, who lived with the liver of the donor, suffered a similar fate. Her Tumor was discovered four years after the transplant. She managed for three years, fighting him, then you died.

Drugs to suppress the immune system

Why the cancer could spread to cells in all recipients, the Doctors still unclear. However, you suspect that the medication must take patients after an organ donation, could have something to do with it. They suppress the immune system so the body can get used to the new bodies.

Worldwide this is the first described case, in which a breast cancer in a transplant was transferred. Josef Briegel, transplantation representative of the Munich University hospital Großhadern, explains: “the problem is that donor organs can also be transferred to cancer cells, nothing New. That breast cancer can be transmitted through organ donation, however, already.“

So far had been according to Briegel cases of kidney, lung, or especially malignant brain tumors known, as well as black skin cancer. “The likelihood that a Tumor will be transmitted with a transplant, however, is vanishingly low,” says the expert.

Transmission of cancer in organ donation is extremely rare

It happens so rarely that it would hardly be statistics, but only individual case descriptions. Only in the UK, analyzed researchers once the course of 30,000 transplant patients will. The risk that the tumor tissue will be passed to the receiver, was found to be at 0.01 percent.

“Today, the Doctors run all sorts of tests, before you give organs for donation free. These infections include logical investigations, heart and lung analysis as well as a full-body CT,“ says Briegel. As a result, the probability of missing a Tumor would be reduced to a Minimum. “A certain residual risk always.”

For organ donation, two conditions must be met:

Donated heart, lungs, kidney, liver, pancreas, and parts of the intestine can be generally. It is also possible that certain organs of the donation is excluded.

After Removal of the donor kidney is completely healthy

In the case of a 53-year-old donor from the Netherlands, only one recipient survived. His Survival, however, is particularly good news, says Briegel: The 32-year-old man who received the right kidney of the donor, became ill in 2011 of cancer. He had the donor kidney removed and was treated with chemotherapy successfully. In 2012, the Doctors found the complete decline of the disease, in the April of 2017 he was still tumor. This is also a new knowledge for the physicians. The Patient has logged on, in the meantime, for a new organ donation.