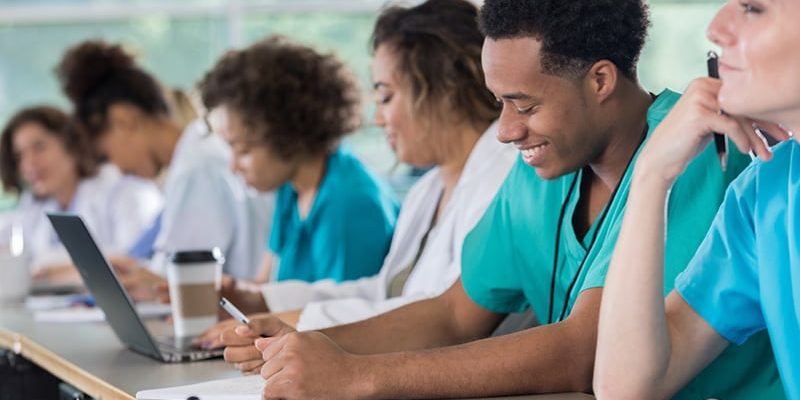 Megan Jenkins-Turner was in the middle of her internal medicine rotation when she realized her chosen specialty wasn’t the right fit for her. 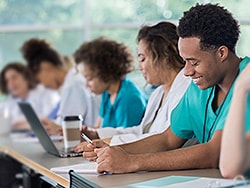 “It wasn’t as fast-paced as I wanted; I didn’t feel as challenged as I thought I would…and I felt like I wasn’t contributing as much as I could to patient care,” she recalls.

During a surgical rotation, Jenkins-Turner realized that she was passionate about performing surgeries and treating pre- and post-op patients.

The problem: Jenkins-Turner was a third-year medical student at Texas College of Osteopathic Medicine and had spent months gathering letters of recommendation, preparing applications for residencies, and interviewing for positions to pursue a career in internal medicine. Changing specialties meant starting over.

Internal medicine, family medicine, emergency medicine, psychiatry, and pediatrics were the most popular specialties, according to the Medscape Medical Student Lifestyle Report 2022.

When it comes to switching specialties, one study found that medical school students were most likely to change specialties from orthopedic surgery and general surgery.

Overall interest in the field and lifestyle factors were the most oft-cited reasons for changing specialties. Burnout plays a role, too.

For Jenkins-Turner, the decision to transfer from internal medicine to general surgery came down to personal preference.

“I really connected with [the] material and the patients; it was when I felt fully engaged [and] felt like I had purpose,” she says. “At the end of [the surgical] rotation, I thought, ‘What do I have to lose?’ “

Finding a Better Fit for You

Aaron Parzuchowski planned to specialize in radiation oncology when he entered medical school at Johns Hopkins University. But the further he got in his studies, the more he questioned his choice.

“I definitely entered med school with a trajectory of a specific specialty in mind [because] the earlier you can get started with scores, research, connections, rotations…. It really makes your application for your specialty more competitive,” he explains.

Parzuchowski also believes that institutions and mentors are more willing to invest time and resources in medical school students who are sure about their path and are passionate about their chosen specialties. For example, he engaged in radiation oncology research and attended conferences, but he admitted, “What other people found exciting about radiation oncology didn’t excite me.

“I was thinking about switching [specialties], but I didn’t want to convey that uncertainty,” he adds. “It wasn’t until getting down to the point where I had to make the decision that I had to apply to match that I started thinking, Do I really want to do this?”

Interestingly, many medical school students never discuss feelings of uncertainty about their chosen specialties, according to Parzuchowski. He hopes that admitting to feeling unsure and normalizing those conversations will help medical students feel more comfortable seeking guidance so that they can make more informed decisions earlier in their medical school careers.

For Parzuchowski, being open about his concerns that radiation oncology might not be the best specialty for his skills and interests led to conversations with mentors, college advisors, and other doctors about alternatives. This “deep dive” into other options led him to switch to internal medicine with an emphasis on public policy.

The Challenges of Making the Switch

Changing medical specialties might be common, but that doesn’t mean it’s simple — and the further medical students are in their education, the harder it becomes.

“It wasn’t until getting down to the point where I had to make the decision that I had to apply to match that I started thinking, Do I really want to do this?” Parzuchowski says.

The answer was no.

When he decided to change specialties, Parzuchowski pulled out of Match Day. He then pursued a master’s degree in public health and a residency in internal medicine. It proved to be the right decision.

“Work is a big part of your life, and you want to make sure that you’re excited about it,” he says. “It’s never too late; there is always a path to change.”

Jenkins-Turner also withdrew from the match process. She signed up for the Supplemental Offer and Acceptance Program (SOAP), a program that helps unmatched medical students find open positions, but she didn’t make a match.

“I knew [when I switched specialties] that the worst that could happen was that programs would tell me no…but I would rather take some risk and pursue something that I felt called to pursue,” she says.

Jenkins-Turner accepted a research position and worked on strengthening her application in the hopes of finding a general residency during the next Match Day in 2022. She didn’t have to wait long. A residency opened up at the University of Illinois Health in Chicago; Jenkins-Turner applied and was offered the position.

Switching specialties during the third year of medical school was a considerable risk, but Jenkins-Turner has no regrets.

“I knew that I would figure it out somehow, and I just needed to take it one step at a time,” she says. “You have to set all the logistics aside and really think about, What do I want to do for the rest of my career? and, How do I want to take care of patients?’ and, ‘Where do I feel like I can best contribute to the field?,’ because no one goes through all of this training not to be great.”

Jodi Helmer is a freelance journalist who writes about health and wellness for Fortune, AARP, WebMD, Fitbit and GE Health.