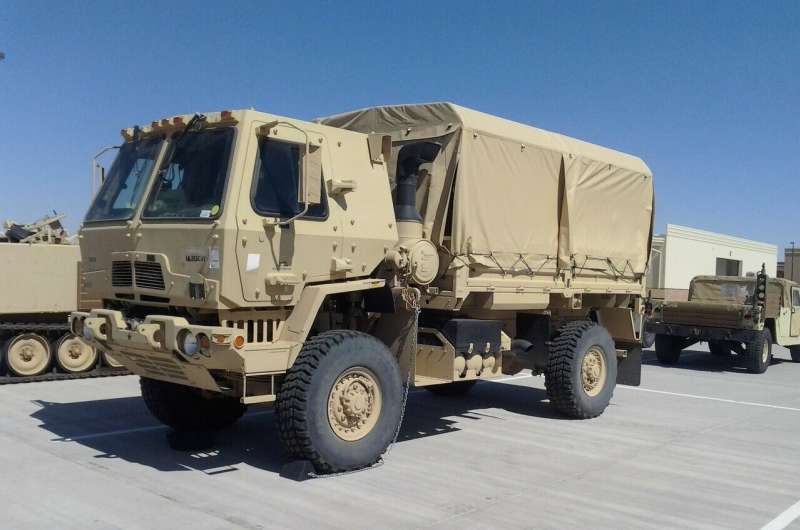 Armed conflicts are becoming increasingly complex and protracted and a growing threat to humanitarian access and the delivery of essential health services, affecting at least 630 million women and children—over 8% of the world’s population—in 2017, according to a new four-paper Series exposing the far-reaching effects of modern warfare on women’s and children’s health, published today in The Lancet.

The authors highlight the failure of the global community to prioritise women’s and children’s health in areas of conflict, and call for an international commitment from humanitarian actors and donors to confront political and security challenges, together with consensus on a framework for identifying high-priority interventions to reach the most vulnerable women and children with the best care possible.

The Series led by academic co-investigators and partners affiliated with the BRANCH (Bridging Research & Action in Conflict Settings for the Health of Women & Children) Consortium synthesises existing evidence with new modelling and insights from a range of local research partners, humanitarian agencies, and civil society organisations.

“The new estimates provide compelling evidence of the enormous indirect toll of modern warfare caused by easily preventable infectious diseases, malnutrition, sexual violence, and poor mental health, as well as the destruction of basic services such as water and medical facilities”, says Professor Zulfiqar Bhutta from the Centre for Global Child Health, The Hospital for Sick Children in Toronto in Canada and the Institute for Global Heath & Development, The Aga Khan University, who led the Series.

He continues, “Today, more than half of the world’s women and children are living in countries experiencing active conflict. The international community cannot continue to ignore their plight. It’s time for a radical rethink of the global response that confronts challenges to insecurity, access, politics, coordination, and the logistics of delivering high-priority interventions to women and children in politically unstable and insecure settings.”

The Series papers explore the changing nature of war and conflict, its short- and long-term health effects on women and children, strategies for identifying best responses, and interventions supported by in-country assessments and studies.

New estimates suggest that the number of women and children affected by armed conflict around the world has risen steadily since 2000, as a result of population growth, more conflicts, increasing use of explosive and chemical weapons in urban areas, and growing numbers of refugees and internally displaced people.

In 2017, one in 10 (10%) women and almost one in six (16%) children worldwide were either forcibly displaced by conflict or living dangerously close (ie, within 50 km) to conflict zones. Around a third of those affected live in Pakistan, Nigeria, and India.

Evidence suggests that the risk of dying from non-violent causes increases substantially with proximity to more intense and chronic conflicts, with women of childbearing age in Africa living near the highest-intensity fighting three times more likely to die than women in peaceful areas, and the risk of death among infants higher by more than 25%.

Between 6·7 and 7·5 million infants, and more than 10 million children under 5 years of age, born within 50 km of armed conflict are estimated to have died from the indirect consequences of fighting across Africa, Asia, and the Americas between 1995 and 2015.

“It is clear that the indirect effects of armed conflict on women and children are far greater than the effects of actual fighting”, says Series co-author Dr. Hala Ghattas, Director of the Center for Research on Population and Health, American University of Beirut, Lebanon. “But the reality could be much worse. Insecurity and insufficient resources mean data are often scarce and of poor quality. Far greater investment in strengthening data collection and collaboration between humanitarian agencies and local authorities is needed to generate better, more readily available, and actionable information to improve the response in humanitarian crises.”

In 2019, there were 54 ongoing state-based armed conflicts in 35 countries, averaging 20 years or more. Once mostly confined to warring nations, armed conflict increasingly involves clashes between nations and insurgent groups in control of large geographical areas, and is characterised by a lack of respect for International Humanitarian Law, the systematic use of explosive and chemical weapons in cities, pervasive sexual violence against women and girls, and hybrid warfare (eg, cyberattacks and the manipulation of social media).

How war is being fought and who is fighting bring new challenges to humanitarian access, the delivery of health services, and the protection of humanitarian workers and health facilities from attack. Climate change and new health threats such as the COVID-19 pandemic have further complicated the response. At the same time, new medical capabilities such as modern trauma care offer opportunities for improved health provision.

According to Series co-author, Dr. Michele Barry, Senior Associate Dean for Global Health and Director of the Center for Innovation in Global Health, Stanford University School of Medicine: “Given the changing nature of armed conflict, this Series underscores the importance of a humanitarian response that includes the empowerment of local communities and leaders as they are best able to deliver life-saving services, services that rely on a community’s capabilities, perceptions, and trust.”

While priority is commonly given to a range of interventions including antenatal care, emergency obstetric care, childhood vaccination, and infant and young child feeding, evidence suggests that the delivery of many life-saving services, including most sexual, reproductive, newborn, and adolescent health services, is limited.

The authors recognise that humanitarian agencies and national authorities face a wide variety of barriers to delivery, from limited funding and shortages of skilled health-care workers (eg, midwives and nurses in Pakistan and Syria) to insecurity (eg, attacks and kidnapping of health workers in Colombia and Somalia), and mistrust due to the politicisation of aid.

But these challenges have also spurred extraordinary creativity in the humanitarian response. Innovative approaches include: task sharing and hiring other types of community health workers (eg, traditional healers and birth attendants); using new modes of delivery such as remote management (ie, subcontracting to local organisations) and technology like WhatsApp; and establishing contingency funds for emergencies.

In Afghanistan, for example, mobile clinics are used to deliver health services to remote areas, and in South Sudan, donors made emergency funds available to stock up on medical supplies to ensure rapid respond to future disease outbreaks (eg, cholera). In Pakistan, senior health workers living in the middle of the Keich district rotate week-long visits to remote areas every month to address the workforce shortage.

Professor Isabel Garcés-Palacio from the Universidad de Antioquia in Colombia says, “Although these solutions need more rigorous evaluation, they have the potential to provide a timely response to current implementation challenges and remind health authorities of their responsibility to deliver basic health services to the whole population.”

However, there are also wider issues in the humanitarian system that need to be addressed. “Predefined packages of priority health services for women and children are not commonly agreed upon. Instead, international donors remain the key drivers of influencing what, where, and how interventions are delivered”, explains Dr. Jai Das from The Aga Khan University in Pakistan. “Although technical and operational guidance on promoting women’s and children’s health in humanitarian crises exist, they are not specific to conflict settings and have been developed as a broad response to a range of emergencies including natural disasters and epidemics.”

As a first step towards filling the guidance gap, the authors call for humanitarian health actors including global and local agencies and NGOs, and academia working in conflict settings to establish a decision-making framework to guide the selection of priority interventions and improve accountability.

“While the needs of conflict-affected communities are great, their voices are also often unheard or overlooked, so it is imperative they have a seat at the table—and that humanitarian actors listen to them—when decisions concerning them are made”, says Series co-author Assistant Professor Neha Singh, Co-Director of the Health in Humanitarian Crises Centre at The London School of Hygiene & Tropical Medicine, UK. “It is imperative that the world make more concerted efforts to reduce the risk of conflict, but until that happens, improving the delivery of health and nutrition services for women, children, and adolescents affected by conflict remains an ethical and moral responsibility.”