THE TALK. The birds and the bees. The facts of life. Whatever you call it, it’s the important series of conversations every parent must have with their teens about sex and safety. The talk can take many forms – lectures, storytelling, or Q&A sessions between curious kids and awkward adults – but cover critical topics like puberty, dating and relationships, sexual health and safe sex, contraception, childbirth, and abortion. (Or if you’re like me, some of this came from Mom, the rest from my public-school health teacher and the teen drama Degrassi: The Next Generation.)

But after the repeal of Roe v Wade, the old school “talk” no longer reflects the realities of 2023. Following the Supreme Court’s decision overturning the Constitutional right to an abortion, abortion is now illegal or highly-restricted in 18 states and counting. Some lawmakers have also pushed to ban birth control. And in states where abortion is legal, interstate travel can pose a serious problem – as well as the very real possibility that local law enforcement may sympathize with anti-choice causes. These bans are straight out of 1973, but their enforcement will be futuristic. Images of birds and bees are laughable when juxtaposed with police drones and CCTV cameras.

It’s no doubt difficult to keep up with technology and its potential dangers (how many parents know to warn their kids that risqué Snapchat pics might not really disappear?). But we’re living in a time when abortion and reproductive health is being criminalized with cutting-edge technology, and sometimes even our own devices. Meta’s decision to turn over private DMs between a mother and daughter — which led to their arrest for an alleged abortion — is far from an isolated incident. We need to teach kids to stay off the government’s radar, and soon.

For generations, Black parents have had to give their children a different kind of talk: how to behave in police encounters to protect themselves from police violence. As one mother of three Black boys explained after the murders of George Floyd and Ahmaud Arbery, lessons include teaching children not to wear hoods, put their hands in their pockets, or run from police. And the systemic racism in American policing plays a fundamental role in abortion, too. With all state surveillance, abortion tracking will disproportionately target Black and brown families, continuing America’s long history of criminalizing Black pregnancy and motherhood and exacerbating racist maternal health inequities.

If your teen gets pregnant and wants an abortion, or even wants to help a friend get an abortion, it’s important that they know their sex life leaves a digital trail. Let’s dive in

The Abortion Talk, or: Keeping Your Kid Safe from Greg Abbott 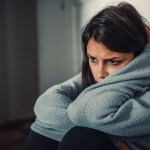 Electronic communications are a key policing tool in any investigation. Police can use texts, email, social media DMs, video game chats, and countless other forms of electronic messaging to track and charge pregnant people. Use end-to-end encrypted messaging apps like Signal and self-destructing or disappearing messages, or use a disposable phone, paid for in cash, for communications about abortion care. Note that these make it harder, but not impossible, for police to track you. The best option is to have nothing in writing: avoid discussing pregnancy and abortions over text or apps whenever possible.

Our devices don’t only track our communications, they also log our every movement, meaning police can follow a pregnant person’s day-to-day life from school to work to healthcare appointments. Police can use a “geofence” warrant to demand tech companies hand over data on anyone who visited a geographic space of any size over any time – like an abortion clinic or doctor’s office. They issue nearly 12,000 of these warrants a year.

Search engines will likely become a major way that police track pregnant people. They can access search histories from an individual’s device, records, or directly from companies like Google – and can use reverse keyword warrants to seize data on anyone who searched a certain term or address (like “abortion providers near me”). In 2017, Mississippi police used a woman’s search history to charge her with murder after a miscarriage, based on searches about miscarriages and how to purchase abortion-inducing pills.

When police fail to get a warrant for someone’s internet history, they can just buy the data. There’s a booming industry of data brokers selling massive amounts of personal data cheaply – and with zero oversight. “Cookies” and ad trackers are so commonly found on websites that even PlannedParenthood.org had nearly 70 as of last year. Journalists from Vice were able to buy a week’s worth of data on visitors to Planned Parenthood’s website for $160, so just imagine what a police department could do. Protect your online activity with a virtual private network (VPN) and pay attention the next time a website tells you they “use cookies to enhance your experience.”

In many parts of the country, receiving abortion bills in the mail is the best option, but there’s still a risk involved: it’s very difficult to do so anonymously. Payment records can be used by prosecutors to show that people bought abortion pills or prove that they were pregnant in the first place. In 2019, the FDA charged a New Yorker with illegal online sales of abortifacients using PayPal records. Whenever possible, avoid using digital payments for reproductive health services or products or shipping them directly to your home.

While they’re wonderful tools for trying to avoid (or embrace) pregnancy, they store a treasure trove of sensitive data about you. The Mozilla Foundation created a great guide which ranks apps based on their privacy policies, but you should think twice about inputting any reproductive health data into your phone.
A really, really important note: even if you followed this to a “t”, you wouldn’t be 100% protected. The point is that your digital footprint is huge – and it can be used against you in court. Talking to your teens about abortion and their digital trail can reduce the risk, but it’s no substitute for the reproductive rights that have been denied by SCOTUS and lawmakers. Ultimately, we need to fight for full reproductive freedom — and outlaw these creepy tracking tools — together.

Before you go, check out our favorite celebrities who shared their abortion stories: