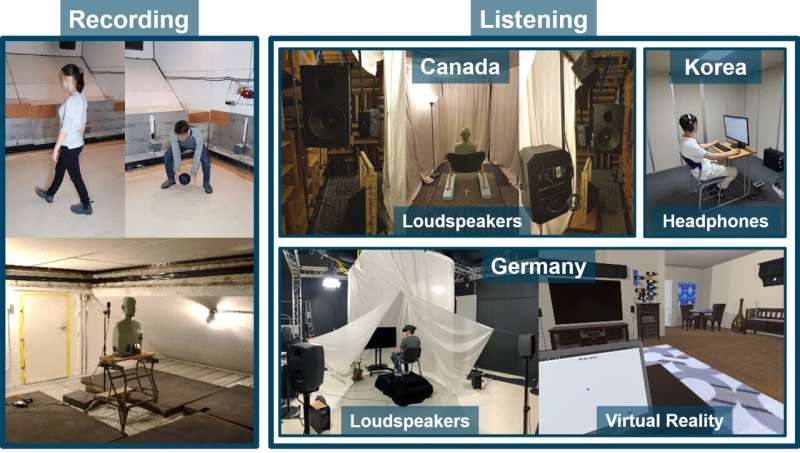 Most people have suffered through a noisy neighbor. Whether it’s the constant stomping of feet or the thump from dropping something, these sounds, known as “impact sounds,” are one of the main causes for complaints in multi-unit residential buildings and can negatively impact occupants’ health and work.

In his presentation, “Noise from above: A summary of studies regarding the perceived annoyance due to impact sounds,” Markus Mueller-Trapet, of the National Research Council of Canada, will describe a series of experiments designed to simulate and measure the perceived annoyance experienced from a noisy neighbor. The presentation will take place Dec. 6, as part of the 183rd Meeting of the Acoustical Society of America, running Dec. 5-9 at the Grand Hyatt Nashville Hotel.

According to Mueller-Trapet, long-term exposure to such unwanted sounds may potentially lead to cardiovascular problems and sleep disturbance. With the increased population density of urban areas over the last decades and the rise of working from home in early 2020, he believes the topic has become even more relevant.

Mueller-Trapet and an international team of researchers wanted to find the connection between standardized laboratory measurements and the perceived annoyance of a sound from impact sources.

They provided a living room-like situation and recorded impact sounds of objects dropping and people walking. Using different playback techniques and virtual reality, they presented the recordings to study participants. In addition to laboratory experiments, the group created an online survey to expand their sample. The survey will run from Nov. 21, 2022, until March 31, 2023.

Impact sounds are impulsive, meaning that they consist of one or more almost distinct sounds of short duration. This likely makes impact sounds more annoying in general than continuous sounds, such as music or speech. Results suggest that the thudding sounds created by people walking barefoot are not captured by the current standardized performance metrics that are used in building codes. The challenge facing the research team is to integrate this new information with the existing metrics.