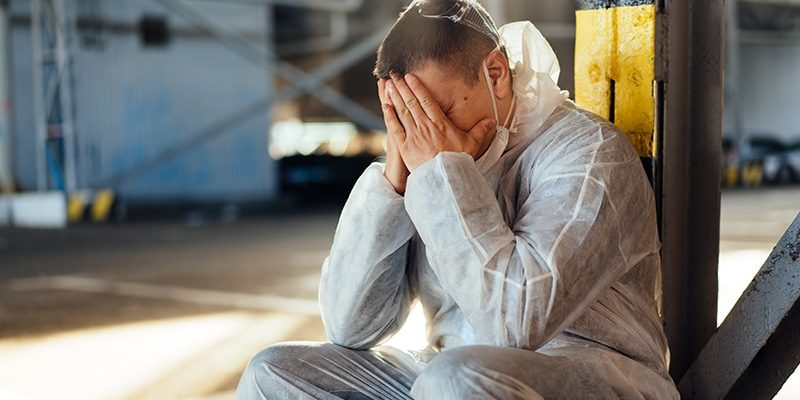 Peter Schwartz, MD, was chair of the Department of Obstetrics and Gynecology at a hospital in Reading, Pennsylvania, in the mid-1990s when a young physician sought him out. The doctor, whom Schwartz regarded as talented and empathetic, was visibly shaken. The expectant mother they were caring for had just lost her unborn child. 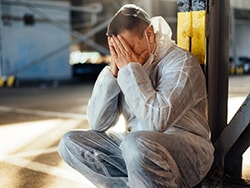 “The doctor came into my office within an hour of the event and asked me to look at the case,” Schwartz recalls. “I could see that they had failed to recognize ominous changes in the fetal heart rate, and I faced the pain of having to tell them, ‘I think this could have been handled much better.’ ” Schwartz delivered the news as compassionately as he could, but a subsequent review confirmed his suspicion: the doctor had made a serious error.

“The doctor was devastated,” he said. “She got counseling and took time off, but in the end, she quit practicing medicine. She said, ‘If I keep practicing, something like that could happen again, and I don’t think I could handle it.’ “

To err may be human, but in a healthcare setting, the harm can be catastrophic. While patients and their families are the ones who suffer most, doctors can be so traumatized by their medical mistakes that their feelings of guilt, shame, and self-doubt can lead to depression, anxiety, posttraumatic stress disorder, and even suicidal ideation. The trauma can be so profound that, in a now famous 2000 editorial in the British Medical Journal, Albert Wu, MD, gave the phenomenon a name: “second victim syndrome.”

Today, as quality improvement organizations and health systems work to address medical errors in a just and transparent way, they’re realizing that finding ways to help traumatized clinicians is integral to their efforts.

Although the medical field is moving away from the term “second victim,” which patient advocates argue lacks a ring of accountability, the emotional trauma doctors and other clinicians endure is garnering increased attention. In the two decades since Wu wrote his editorial, research has shown that many types of adverse healthcare events can evoke traumatic responses. In fact, studies indicate that from 10.4% to 43.3% of healthcare workers may experience negative symptoms following an adverse event.

But for doctors — who have sworn an oath to do no harm — the emotional toll of having committed a serious medical error can be particularly burdensome and lingering. In a Dutch study involving more than 4300 doctors and nurses, respondents who were involved in a patient safety incident that resulted in harm were nine times more likely to have negative symptoms lasting longer than 6 months than those who were involved in a near-miss experience.

“There’s a feeling of wanting to erase yourself,” says Danielle Ofri, MD, a New York internist and author of When We Do Harm: A Doctor Confronts Medical Error.

That emotional response can have a profound impact on the way medical errors are disclosed, investigated, and ultimately resolved, says Thomas Gallagher, MD, an internist and executive director of the Collaborative for Accountability and Improvement, a patient safety program at the University of Washington.

“When something goes wrong, as physicians, we don’t know what to do,” Gallagher says. “We feel awful, and often our human reflexes lead us astray. The doctor’s own emotions become barriers to addressing the situation.” For example, guilt and shame may lead doctors to try to hide or diminish their mistakes. Some doctors might try to shift blame, while others may feel so guilty they assume they were responsible for an outcome that was beyond their control.

Recognizing that clinicians’ responses to medical errors are inextricably tangled with how those events are addressed, a growing number of health systems are making clinician support a key element when dealing with medical errors.

Although it’s typical for physicians to feel isolated in the wake of errors, these experiences are far from unique. Research conducted by University of Missouri Health Care nurse scientist Susan Scott, RN, PhD, shows that just as most individuals experiencing grief pass through several distinct emotional stages, healthcare professionals who make errors go through emotional stages that may occur sequentially or concurrently.

An initial period of chaos is often followed by intrusive reflections, haunting reenactments, and feelings of inadequacy. The doctor’s thinking moves from “How did that happen?” to “What did I miss?” to “What will people think about me?” As the error comes under scrutiny by quality improvement organizations, licensing boards, and/or lawyers, the doctor feels besieged. The doctor may want to reach out, but is afraid to. According to Scott, only 15% of care providers ask for help.

Recognizing that physicians and other care providers rarely ask for support — or may not realize they need it — a growing number of health systems are implementing Communication and Resolution Programs (CRPs). Rather than respond to medical errors with a deny-and-defend mentality, CRPs emphasize transparency and accountability.

This approach, which the Agency for Healthcare Research and Quality has embraced and codified with its Communication and Optimal Resolution (CANDOR) toolkit, focuses on prompt incident reporting; communication with and support for patients, family members, and caregivers affected by the event; event analysis; quality improvement; and just resolution of the event, including apologies and financial compensation where appropriate.

The CANDOR toolkit, which includes a module entitled Care for the Caregiver, directs health systems to identify individuals and establish teams, led by representatives from patient safety and/or risk management, who can respond promptly to an event. After ensuring the patient is clinically stable and safe, the CANDOR process provides for immediate and ongoing emotional support to the patient, the family, and the caregiver.

“A lot of what CRPs are about is creating structures and processes that normalize an open and compassionate response to harm events in medicine,” says Gallagher, who estimates that between 400 and 500 health systems now have CRPs in place.

While clinicians experience many difficult and negative emotions in the wake of medical errors, how they move forward after the event varies markedly. Some, unable to come to terms with the trauma, may move to another institution or leave medicine entirely. Others, while occasionally reliving the trauma, learn to cope. For the most fortunate, enduring the trauma of a medical error can lead to growth, insight, and wisdom.

In an article published in the journal Academic Medicine,researchers asked 61 physicians who had made serious medical errors, “What helped you to cope positively?” Some of the most common responses — talking about their feelings with a peer, disclosing and apologizing for a mistake, and developing system changes to prevent additional errors — are baked into some health systems’ CRP programs. Other respondents said they dedicated themselves to learning from the mistake, becoming experts in a given field, or sharing what they learned from the experience through teaching.

Ofri said that after she made an error decades ago while managing a patient with diabetic ketoacidosis, her senior resident publicly berated her for it. The incident taught her a clinical lesson: never remove an insulin drip without administering long-acting insulin. More importantly, the resident’s verbal thumping taught her about the corrosive effects of shame. Today, Ofri, who works in a teaching hospital, says that when meeting a new medical team, she begins by recounting her five biggest medical errors.

“I want them to come to me if they make a mistake,” she says. “I want to first make sure the patient is okay. But then I want to make sure the doctor is okay. I also want to know: What was it about the system that contributed to the error, and what can we do to prevent similar errors in the future?”

Time, experience, supportive peers, an understanding partner or spouse: all of these can help a doctor recover from the trauma of a mistake. “But they’re not an eraser,” Schwartz says.

Jan Bonhoeffer, MD, author of Dare to Care: How to Survive and Thrive in Today’s Medical World, tells a story about a mistake that transformed his life. In 2004, he was working in a busy London emergencyd epartment when an adolescent girl arrived complaining of breathing trouble. Bonhoeffer diagnosed her with asthma and discharged her with an inhaler. The next day, the girl was back in the hospital — this time in the ICU, intubated, and on a ventilator. Because he had failed to take an x-ray, Bonhoeffer missed the tumor growing in the girl’s chest.

Bonhoeffer was shattered by his error. “After that experience, I knew I wanted to make learning from my mistakes part of my daily practice,” he says. Now, at the end of each workday Bonhoeffer takes an inventory of the day and reflects on all his actions, large and small, clinical and not. “I take a few minutes and think about everything I did and what I should have done differently,” he says. The daily practice can be humbling because it forces him to confront his errors, but it is also empowering, he says, “because the next day I get to make a different choice.”

Bonhoeffer adds, “Doctors are fallible, and you have to be compassionate with yourself. Compassion isn’t sweet. It’s not motherhood and honey pies. It’s coming to terms with reality. It’s not a cure, but it’s healing.”