People with diabetes already face an increased risk for a number of serious health conditions, including nephropathy, retinopathy, and neuropathy.

The research from the Baker Heart and Diabetes Institute in Melbourne also highlighted serious concerns: Due to the COVID-19 pandemic, fewer people are visiting their doctors for routine screenings and testing.

As a direct result of the COVID-19 pandemic, oncology referrals were down by 30 percent, and diabetes screenings have dropped a third in Australia, researchers reported.

Additionally, both pathology and radiology testing — which play a critical role in diagnosing cancer — have dropped by 70 percent.

The risk of dementia

The researchers from the Baker Institute link dementia and diabetes through microvascular damage, which they say can lead to “many small strokes.”

They say that can pave the way to dementia by way of damage in the small blood vessels in the brain.

Other experts say the connection between these two conditions goes deeper.

Advanced glycogenated end-products (AGEs) are essentially the glucose that accumulates and damages both the blood vessels and nerve endings throughout the body.

AGEs accumulate in the bloodstream and contributes to the overall HbA1c level. That damage is what leads to the development of diabetes complications in the eyes, kidneys, fingers, toes, and other parts of the body.

The more AGEs present in your body, the higher your A1C will be.

“People with dementia tend to have very high levels of AGEs and microvascular disease. Very few don’t have both,” Reeves told Healthline. “Though some may have more of one than the other.”

“You can actually predict dementia, atherosclerosis, neuropathy, and cancer on the basis of AGE levels. AGEs are made up of protein, glucose, and lipid-glucose, and they are highly inflammatory.

“They are an inevitable part of the aging process and you can’t eliminate them 100 percent, because we all need glucose in our bloodstream. What you can do, though, is reduce this process by lowering blood sugar levels and reducing overall inflammation,” Reeves said.

Anti-inflammatory agents reduce the formation of AGEs, which is why some researchers say reducing inflammation is also directly linked with reducing the risk of diabetes.

Experts say this is why it’s important to exercise: It helps your body burn up excess sugar in your bloodstream, which in turn reduces the development of AGEs.

Excess sugar in the bloodstream can also contribute to the risk of cancer.

There are several theories for the increased risk of cancer in people with diabetes, but one possibility echoed in the latest research from the Baker Institute is that excess sugar in the bloodstream feeds the growth of cancer.

“Cancer cells love sugar, so there is suggestion that increased sugar levels mean there is plenty around for cancer to grow more rapidly,” said Dr. Jonathan Shaw, head of clinical diabetes and population health at the Baker Institute.

In addition to a generally increased risk of cancer, the researchers found that people with diabetes were three times more likely to develop pancreatic cancer and twice as likely to develop liver or endometrial cancer.

Experts say lifestyle habits are one of the most impactful areas of your life that you can focus on to improve your current well-being and protect your future health.

Among the recommended lifestyle habits:

Shaw also emphasizes the need to continue with your routine care appointments despite COVID-19 concerns.

“If we are not careful, we end up with more of a problem from people letting other things lapse than from the coronavirus itself,” he told Healthline.

This means regular blood tests and other medical checkups are still a must, even during a pandemic.

Ginger Vieira is an expert patient living with type 1 diabetes, celiac disease, and fibromyalgia. Find her diabetes books on Amazon and connect with her on Twitter and YouTube. 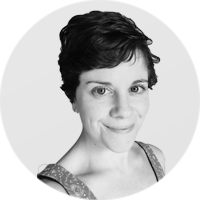