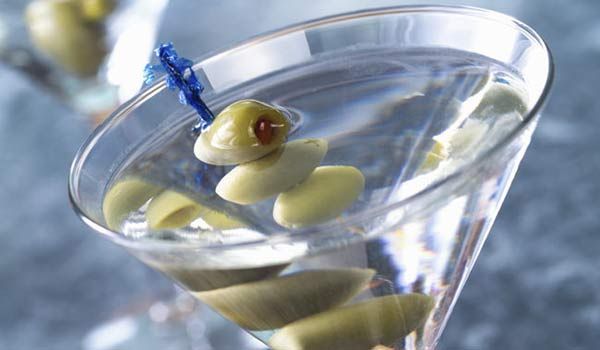 From its humble medieval origins as a medicinal agent, vodka has conquered the world. In 2020, the worldwide sales of vodka earned around $45 billion, and U.S. consumers alone guzzled 189.7 million gallons (862.4 million liters) of the potent alcoholic beverage, according to Beverage Dynamics, a national magazine focused on retail alcohol sales.

But what is vodka made from?

To produce vodka, you must first ferment any foodstuff that contains sugar or starch, then distill the product to increase its alcohol content. (Fermentation means feeding sugar to yeast, so that the yeast can produce alcohol.) Vodka can made from fermented grains such as sorghum, corn, rice, rye or wheat, tor from potatoes, sugar beet molasses or even fruit, according to “Vodka: A Global History,” (Reaktion Books, 2012).

The fermentation step creates a product with only about 16% alcohol by volume (ABV) — too low for spirits. Upping that number requires distillation, or heating in a  container known as a still. Alcohol’s boiling temperature is lower than that of water, which means the alcohol evaporates and can be collected separately from the water. Most vodka is 30% to 40% ABV. “Rectified spirits,” like the American brand Everclear, reach 95% ABV.

The first records of a distilled vodka-like spirit come from Islamic alchemist and chemist Jabir ibn Hayyan, who invented a distilling device to capture the vapor from heated wine for scientific purposes, according to “Vodka: How a Colorless, Odorless, Flavorless Spirit Conquered America,” (Lyons Press, 2014). Vodka reached Russia by the 1430s century, when a monk named Isidore adapted the Italian drink aqua vitae, according to the book. This first vodka likely smelled bad, tasted even worse, and was used mainly for medicinal purposes.

—Is it safe to drink moonshine?

Over the course of a few centuries, distillers got better at their practice, the flavor improved, and “voda” eventually became the preferred beverage of the Russian empire, according to the book.

Vodka’s popularity spread with Russian Soldiers, gaining a foothold across Europe during the Napoleonic Wars. In the 1860s, former serf Pyotr Smirnov perfected the distillation process and began selling something that resembled the odorless, clear beverage familiar today.  Following the civil war that established the Soviet Union, Smirnov’s son Vladimir moved the distillery to Paris and used a French spelling of his name: Smirnoff, according to the book.

Michael Dhar is a manuscript editor at the American Medical Association and a freelance science and medical writer and editor, having written for Live Science, Space.com, Earth.com, The Fix, Scientific American, and others. Michael received a master’s degree in Bioinformatics from NYU’s Polytechnic School of Engineering, and also has a master’s in English and Comparative Literature from Columbia University School of New York, and a bachelor’s in English with a biology minor from the University of Iowa.