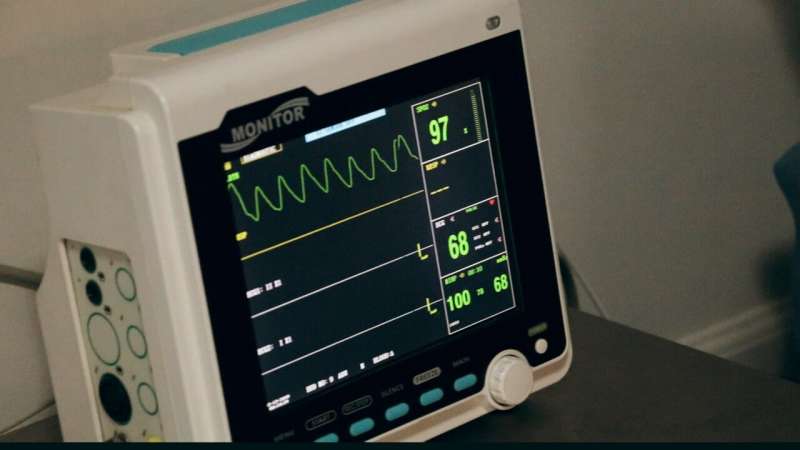 Cardiac arrest (or sudden cardiac arrest as it is more formally known) is a medical emergency. It happens when an event, usually an electrical disturbance, quickly and unexpectedly causes your heart to stop working. It’s not the same as a heart attack, and is called sudden because it seems to happen without warning.

Dr. Christopher DeSimone, a Mayo Clinic cardiac electrophysiologist specializing in abnormal cardiac rhythm, answers questions about cardiac arrest, the differences between cardiac arrest and heart attack, and why time is critical when treating someone with cardiac arrest.

QUESTION: What happens during cardiac arrest?

Cardiac arrest is when the heart cannot fulfill its duties and pump blood, especially oxygenated blood, around the body to get to critical areas, such as the brain. Now, when there’s an arrest, there are two things we go over. One could be the heart stops electrically, so the heart is not going to pump. The other one is the heart goes into an abnormal or lethal rhythm, which we call ventricular fibrillation. That’s a more chaotic rhythm of the heart. So electrically this heart’s in a bad rhythm, and the ventricles are quivering and not pumping out. Ultimately, both things put you into cardiac arrest, sudden cardiac arrest or sudden cardiac death. The heart cannot fulfill its duties of pumping blood to the lungs and the rest of the body, so that all the nutrients and oxygen can get to the tissues of the heart, brain or what have you.

QUESTION: Why is immediate care, such as CPR and AED, so critical?

Survival is possible with immediate, appropriate medical care. Call 911, if you are able, first.

Once you know that someone’s suffered or suspect that they’ve suffered a cardiac arrest or sudden cardiac arrest, it is important to restore the rhythm as fast as you can.

A cardiac arrest could happen wherever we are in life—in the malls, schools and at work. And if someone passes out, you want to make sure that they’re breathing, their heart has a pulse and their heart is pumping. If their heart’s not pumping, then what people need to do is emergent CPR.

And every time we walk by things in the hallway, whatever buildings we’re in, there are all these things called AED, or automated external defibrillators. That’s one of those things that people see on TV where they’re shocking the patient back into a normal rhythm.

Because if that device notes that the patient does not have a good rhythm and they’re in this ventricular fibrillation, the machine will tell you to shock the heart, and the machine will shock. You’re trying to electrically restart the heart so that it goes back into its normal rhythm, and you could have normal pumping function.

QUESTION: Why is time so crucial for dealing with cardiac arrest?

QUESTION: What is the typical treatment for a person having cardiac arrest?

As soon as you can establish a rhythm or if you’re still doing CPR and have given medications and doing advanced cardiac life support, part of that is to put a tube down the patient’s throat, intubation, and sedate them so that they’re under anesthesia.

We’re trying to let the tissues that might not have gotten oxygen for minutes—hopefully not hours—recuperate some of their function and make the body spend the least energy as we can. It’s common for that to happen so that we can stabilize the patient.

QUESTION: What is the difference between cardiac arrest and heart attack?

When someone has a heart attack, it’s more of a plumbing problem. The major arteries going to the heart get plugged up with a clot. When that happens, there’s a blockage in the plumbing, and then the heart at that area might get weak because it can’t pump because it doesn’t get blood flow to itself. And things could happen—like the patient goes into an electrical problem, like sudden cardiac arrest. The plumbing leads to an electrical problem, that’s common.