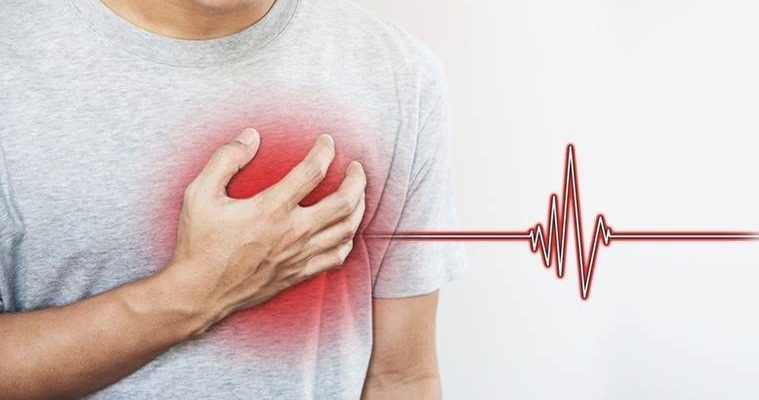 The study found that proper weight management combined with routine care may significantly reduce the risk of developing Cardiovascular Diseases (CVD) such as heart attack and strokes. Moderate weight loss may significantly reduce the long-term risk of cardiovascular diseases such as heart attack and stroke in people living with Type 2 diabetes, a Cambridge study has found.

It found that proper weight management combined with routine care may significantly reduce the risk of developing Cardiovascular Diseases (CVD) such as heart attack and strokes.

“In our study, we saw that people who lost at least five per cent weight during the year after Type 2 diabetes diagnosis had a 48 per cent lower hazard of CVD at 10 years compared with people who maintained their weight,” Jean Strelitz, a postdoctoral fellow at the University of Cambridge in the UK told PTI.

The participants had their weight measured at the time of their diagnosis and again one year later.

The researchers focussed on weight loss in the year after diabetes was diagnosed, as losing weight early on may be more beneficial than shedding kilos later.

Strelitz cautioned that the research does not indicate that lifestyle changes could replace medications taken by diabetics to treat or prevent CVD.

“Our study does not provide any evidence that making lifestyle changes can replace diabetes medication,” she said.

“However, our research suggests that people with Type 2 diabetes may benefit from losing weight in the year following diabetes diagnosis to reduce their long-term risk of CVD. Past research has also shown that diabetes can go into remission,” Strelitz explained.

According to a report by International Diabetes Federation, India alone had an estimated 72 million cases reported in 2017, a figure expected to grow up to 134 million by 2045.

“While there may be some contribution from genes and make up of our bodies (more fat, less muscle), changed imbalanced diets and low physical activity (in addition to urban stress and pollution) are main contributors,” Anoop Misra, Vice President, Diabetes Foundation (India) told PTI.

“Future studies should include more diverse study populations so that it would be possible to examine potential differences in the association between weight loss and CVD across different ethnicities or countries,” Strelitz said.

She also said that there was no apparent benefit for weight loss to reduce risk of all-cause mortality among people with Type 2 diabetes.

Since the participants involved in the study were overweight, the research did not suggest that people with Type 2 diabetes who are normal weight or underweight should also lose weight, said Strelitz.

“Patients should ask their doctor about how they might lose weight in a healthy way, by making healthy lifestyle changes,” she said.

Weight loss or gain is also advised depending upon the patient.

“In underweight people, we usually do not decrease calories (may increase calories) which are required while keeping dietary balances.

Although the Cambridge study links weight loss with reduced CVD risk for Type 2 diabetics, it does not provide any evidence for the same in people with Type 1 diabetes.