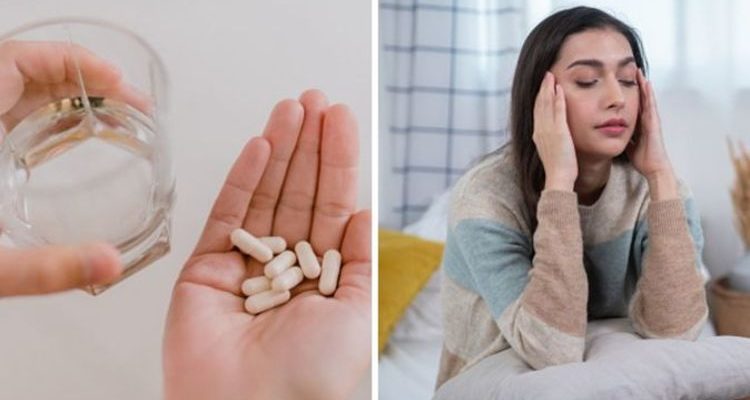 You’ve probably heard of Vitamin D deficiency and iron deficiency, but there are plenty of other really common deficiencies that people have. A 2018 report in the journal Frontiers in Nutrition calculated the micronutrient intake of UK adults and found a disappointing lack of micronutrients (vitamins and minerals). Express.co.uk chatted to Dr Deborah Lee from Dr Fox Online Pharmacy to find out the top nine vitamins people are deficient in.

Micronutrients are vitamins and minerals – substances that are required in tiny amounts so the body can function correctly to produce the correct enzyme and hormones needed to ensure optimal growth and development.

In human health, vitamins and minerals are essential components for the maintenance of good health and can help reduce age-related decline and the onset of chronic diseases.

However, even in the 21st century, micronutrient deficiencies exist across the globe.

Dr Lee pointed out: “ It is estimated that two billion people worldwide are suffering from micronutrient deficiencies – and this includes those in the developed world.

“Nutritional deficiencies are important at any age – in young adulthood, they can have particular consequences for reproductive health.

“In midlife, the body needs to be preparing for old age. Nutritional inadequacy may also contribute to the development of cognitive decline and dementia.”

Here are the top nine vitamins and minerals that have been found to be commonly deficient in the UK:

Magnesium deficiency is thought to be related to chronic inflammation.

This is the metabolic condition that underpins the development of atherosclerosis – the laying down of fatty deposits in the arteries – the major cause of cardiovascular disease – heart attacks and strokes.

Dr Lee said: “Magnesium is also thought to be important for protecting the length of telomeres – the ends of the chromosomes.

“Telomere shortening is linked to ageing, declining health, and cancer.

In a 2018 study, zinc deficiency was noted in 8 percent of males and 5.2 percent of females.

Dr Lee explained: “Zinc has a fundamental role in the immune system, in anti-ageing, and also in male fertility.

“Zinc is found in meat, and this result may reflect the fact that red meat consumption has been falling especially in young adults.”

Zinc deficiency can cause the following symptoms:

The 2018 study also reported that men were more deficient than women in vitamin A, possibly explained by the fact they ate an average of 3.9 portions of fruit and vegetables per day compared to women who ate 4.1.

Dr Lee said: “Vitamin A has a vital role in maintaining the health of the retina and to the integrity and function of mucous membranes such as those in the intestines and the lungs. “Vitamin A deficiency can lead to immune dysfunction.”

Signs of Vitamin A deficiency include:

In one 2008 study of UK adults, 25 percent of male and 16 percent of female adults from socially deprived backgrounds were found to meet the definition of vitamin C deficiency. Around 20 percent also had levels of vitamin C lower than the normal range.

“Vitamin C has a major role in the production of collagen – the key matrix protein in blood vessels, bone, hair, skin and nails.

“Vitamin C deficiency is well known to cause scurvy, associated with bleeding gums.”

Symptoms of Vitamin C deficiency are:

Vitamin D is made in the skin in sunlight, as well as being taken in in the diet.

It has a vital role in bone health and the control of the immune response.

A huge 30-40 percent of UK adults are vitamin D deficient in the winter, and around 13 percent in the summer.

Signs of Vitamin D deficiency include:

Vitamin B12 is vital for DNA and cell metabolism and is crucial for health, Dr Lee said.

Overall, around 6 percent of the UK population under the age of 60 are B12 deficient, and 20 percent of those aged over 60.

Vitamin B12 deficiency is common and serious, so it’s important to get it treated.

Signs of vitamin b12 deficiency are:

“In older adults, overall, 14.7 percent were folate deficient, and 10.8 percent of those aged 65 and above.

“This is of particular concern as folate deficiency is linked to birth defects in pregnancy.”

Signs of Vitamin B9 deficiency:

Between two and five percent of adult men and women in developed countries have iron-deficiency anaemia.

However, two to three times that number may have depleted iron stores.

Dr Lee said: “Iron is crucial for the production of haemoglobin, the protein that carries oxygen around the body.

“Too little haemoglobin results in anaemia, putting the heart under strain, which can be life-threatening.

“Women are more at risk of iron-deficient anaemia because they bleed once a month.”

The UK is relatively iodine deficient.

In one 2009, UK study of girls aged 14 to 15, 51 percent were iodine deficient.
Other studies on pregnant women have shown similar findings.

“Iodine is present in fish, shellfish, eggs and dairy milk.

“Plant-milks are usually devoid of iodine and those who drink these are at risk of iodine deficiency. Some plant milks are fortified with iodine.