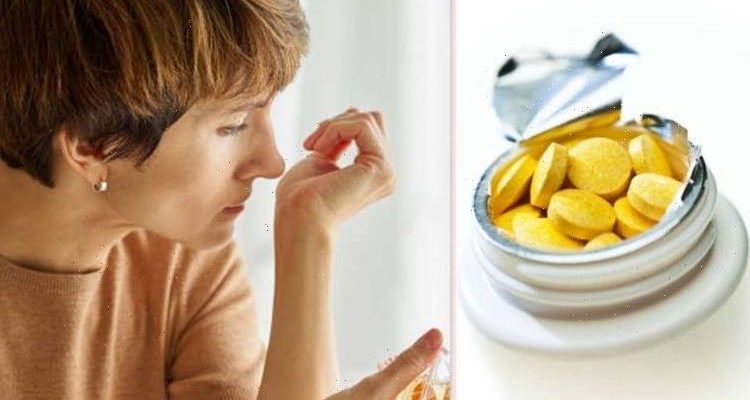 Good sources of vitamin B12 include meat, fish, milk, cheese and eggs. If you eat meat, fish or dairy foods, you should be able to get enough vitamin B12 from your diet, according to the NHS.

You can also look out for vegan and vegetarian foods that are fortified with vitamin B12, such as some plant milks and breakfast cereals.

If you are deficient in vitamin B12 there are several signs which may crop. Indeed, it seems that loss of taste and smell could be your body’s way of telling you you’re low in vitamins.

Harvard Health says vitamin B12 deficiency can be “sneaky” as well as “harmful”. It notes that a severe deficiency can lead to “loss of taste and smell, and more”.

One study on PubMed looked at 39 patients with low vitamin B12 levels and 34 controls were included in the study.

It reads: “In this study, we showed for the first time that olfactory dysfunction may be present in patients with vitamin B12 deficiency.”

General symptoms of anaemia may include extreme tiredness, feeling faint, pale skin and tinnitus, according to the NHS. Loss of appetite and weight loss may also indicate the issue.

If you have anaemia caused by a vitamin B12 deficiency, you may have other symptoms, such as irritability and depression, according to the NHS.

The health body adds that you may also notice “changes in the way you think, feel and behave”.

Some people also report a decline in their mental abilities, such as memory, understanding and judgement, says the health body.

“Some of these symptoms can also happen in people who have a vitamin B12 deficiency but have not developed anaemia,” it adds.

The deficiency, if left untreated, can cause severe and irreversible damage, especially to the brain and nervous system. It can also increase the risk of cardiovascular disease.

You should seek the advice of a GP if you are experiencing symptoms of vitamin B12 or folate deficiency anaemia.

The longer the condition goes untreated, the higher the chance of permanent damage.
Vitamin B12 deficiency anaemia is usually treated with injections of vitamin B12.

According to the NHS, if your vitamin B12 deficiency is caused by a lack of the vitamin in your diet, you may be prescribed vitamin B12 tablets to take every day between meals.

Vitamin B12 deficiency anaemia is more common in people whose families come from northern Europe, according to Johns Hopkins Medicine site.

It adds that risk factors for vitamin B12 deficiency anaemia include having part or all of your stomach or intestine removed, and autoimmune diseases, including type 1 diabetes.

Crohn’s disease, HIV, and some medicines can also cause the deficiency.

“Signs and symptoms may be subtle at first but usually increase as the deficiency worsens.”