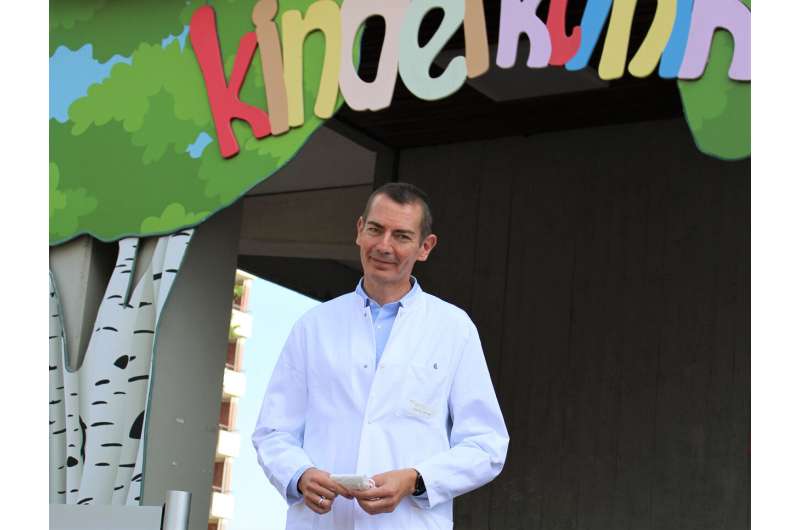 Pathogenic variants in BRCA1/2 genes are associated with an increased risk of breast and ovarian cancer in adults, and variants in mismatch repair (MMR) genes increase the risk of gastrointestinal and other cancers. Until now, the role of such variants in children and adolescents with cancer was unclear. An international study initiated by the Department of Pediatric Hematology and Oncology at Hannover Medical School (MHH) has now revealed that pathogenic variants in BRCA1/2 and the MMR genes may also contribute to the risk of cancer in individuals below age 18 years.

“Children and adolescents with BRCA1/2 or MMR gene variants were mainly affected by brain tumors but also other solid tumors,” says Professor Christian Kratz, initiator of the study published in the Journal of the National Cancer Institute. “A statistically significant association with malignant diseases of the blood system, such as leukemias, could not be established so far,” adds the Director of the MHH Clinic for Pediatric Hematology and Oncology.

Early genetic testing is not necessary

According to the pediatric oncologist, there is no need to adapt current genetic tests or surveillance practices: “In children and adolescents, the absolute risk that variants in BRCA1/2 or an MMR gene lead to childhood cancer is statistically significantly increased, but still in such a low range that the detection of such a variant in a healthy child would currently not justify any immediate medical consequences,” Professor Kratz says. “Our results therefore give no reason to change the current practice of predictive testing. It consists of testing healthy individuals for BRCA1/2 and MMR gene variants only from adulthood onwards, should such a variant be known in the family.”