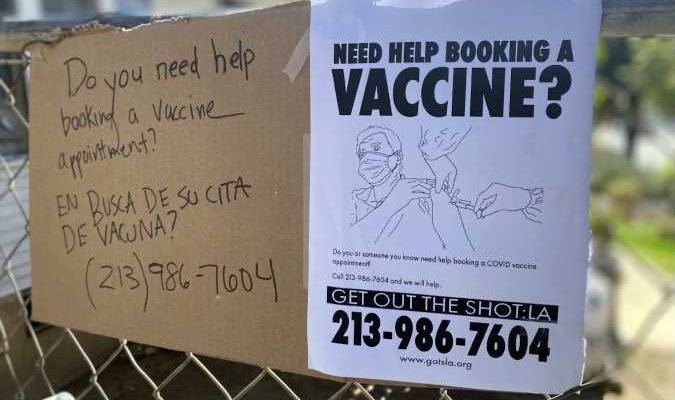 Ana Guevara was determined to get a covid vaccine for her mother, 85-year-old Adelina Coto, but she needed help. Guevara, a full-time nanny in Los Angeles, didn’t have the time or knowledge to search for appointments online. Guevara’s son, a school district employee, lacked the time to park himself in front of a computer waiting for new appointments to drop.

Then Guevara’s boss connected her with a group that volunteers to help people like her mother get vaccinated.

Three days and one phone call later, Coto had a vaccine appointment. Now her daughter is telling everyone she knows about the group.

“I tell all my friends,” said the 53-year-old immigrant from El Salvador. “They help, they’re very nice, and they do everything.”

Guevara is one of hundreds of people finding elusive vaccine appointment slots with the help of strangers. Grassroots volunteer corps — powered by people with time, tech savvy and a computer at their fingertips — are popping up throughout major metropolitan areas where thousands of people are competing for the same appointment slots. Their altruism offers an antidote to the actions of vaccine line jumpers.

“I would like to take away the stigma that appointments are not available and that they are impossible to get,” said Rhea Hoffman, a 34-year-old former teacher in the Coachella Valley who has been helping people get vaccinated. “I can probably get you one within 48 hours if you qualify, and it’s not a problem — just give me a second.”

The volunteers reinforce local governments in helping disadvantaged people get vaccinated. In California, county officials are running hotlines, organizing mobile clinics, hiring community health workers and teaming up with faith communities and community organizations to get people signed up for an appointment or vaccinated on the spot.

Barbara Ferrer, Los Angeles County’s public health director, gives big kudos to the “awesome” volunteer groups. “It makes my heart feel good that people are stepping up and helping people who really have been struggling to get those appointments,” Ferrer told KHN at a news briefing.

The L.A. neighborhoods hit hardest by the coronavirus are also the ones with the lowest vaccination rates. In poorer areas like Pacoima, San Fernando and Hawaiian Gardens, for example, 9% to 12% of the population had received at least one shot as of Feb. 20, while in wealthy Bel-Air, Century City and Beverly Hills, one-third of residents had been vaccinated. Statewide statistics show similar disparities. 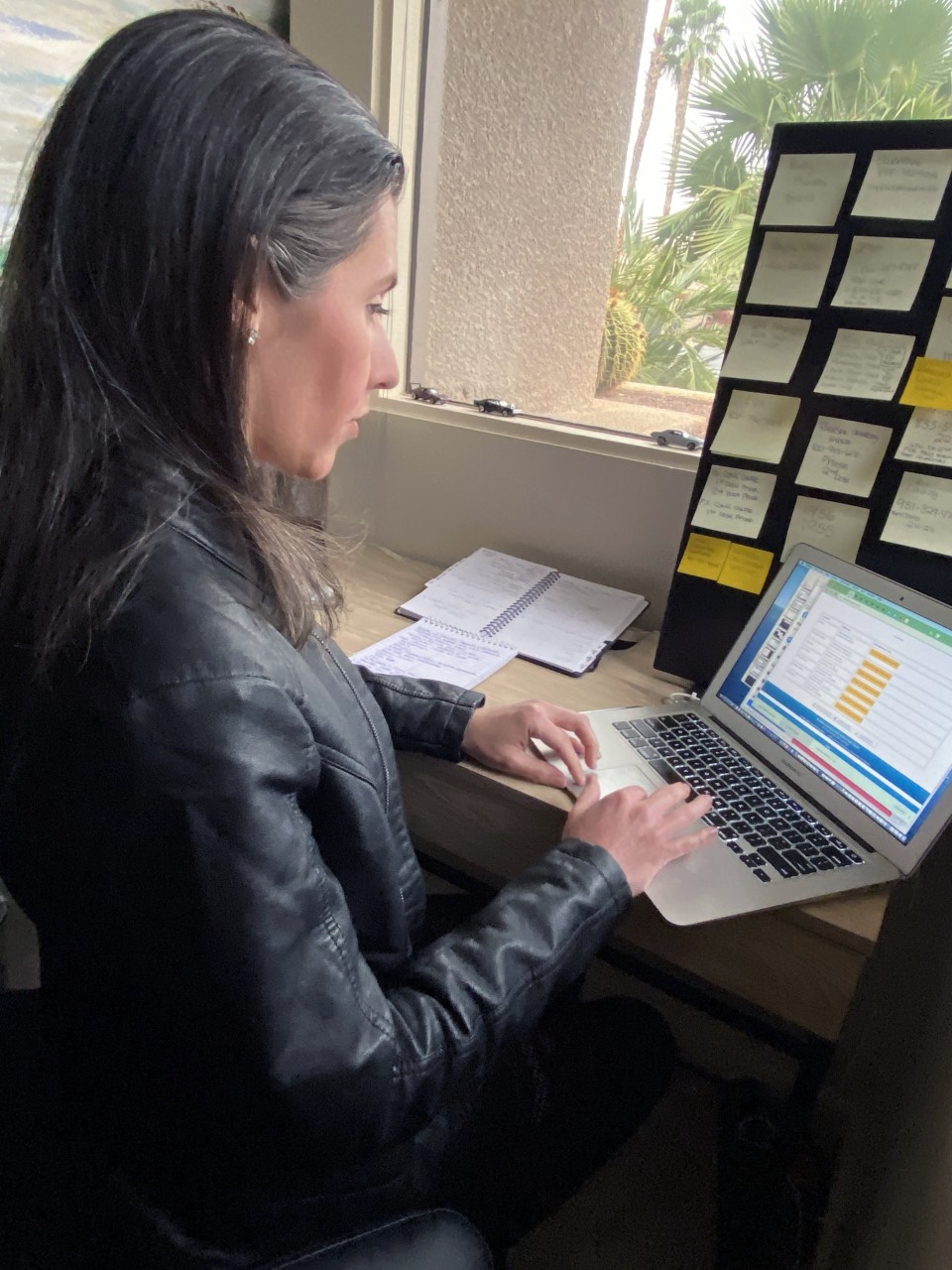 The volunteer groups are vital to expanding vaccines to low-income, disabled and isolated people, said Louise McCarthy, president and CEO of the Community Clinic Association of Los Angeles County. Her group represents 64 community clinics and health centers that have all pivoted to getting people vaccinated in some way, either by directly administering shots or helping people navigate registration systems. (The clinics hope to eventually be compensated for this extra work.)

“We need all hands on deck to help people get access to this vaccine,” McCarthy said. “Folks are getting left behind already, and it’s projects like this that help us begin to catch up.”

Volunteers have joined the effort after seeing how hard it was to book appointments for themselves, parents or grandparents. They get a kick out of helping people, and joining like-minded altruists on social media helps them get more efficient at the process.

It’s an easy conversion from “caring about your parents and learning these skills, to caring about someone else’s parents or grandparents,” said Liz Schwandt, a 45-year-old early childhood program director at a Jewish preschool in Los Angeles. She co-founded Get Out the Shot: Los Angeles, the group that made Coto’s appointment, and now has about 100 vetted volunteers who have booked at least 300 appointments directly through their system, and up to 4,000 through the individual efforts of their volunteers.

Schwandt said she didn’t take on this mission out of anger and doesn’t cast blame on the vaccine rollout or public health workers, whom she said work diligently to protect people’s health. It was simply that she saw a need and could fill it.

“These technology barriers are real, and every shot that gets into someone is potential protection for their life and their family,” she said.

To get help from Schwandt’s group, Los Angeles residents can leave a phone message or fill out their location, availability and other details on a Google form. Then a volunteer picks up the case, finds an appointment and calls to confirm.

The most skilled vaccine bookers have memorized the days and times certain sites release a new batch of appointments and stay up-to-date on new developments through Facebook groups or other social media.

Beverly Hills couple George and Cathi Rimalower, whose grandchild attends Schwandt’s school, have been pulling late nights to get appointments for others. They were still in their pajamas at 11:30 a.m. on a recent day after waiting until 1 a.m. for a batch of appointments to drop.

“In my case, there’s no excuse for me, as a retired person with the available resources to help people, to just sit around and do nothing,” said George Rimalower, 69, who ran a translation company with his wife. Rimalower, born in Argentina, responds mostly to requests that come in from native Spanish speakers.

“It’s nice to give money, and that’s always helpful,” said Cathi Rimalower, 67. “But it really feels good to give some time, too.”

The couple are teasingly competitive about their work. So far, each has booked about 60 appointments. 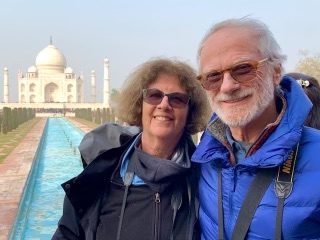 Hoffman, the Coachella Valley booker, had spent most of the pandemic supervising her two kids’ online schooling while volunteering as a Zoom moderator for a community college class for elderly people. When vaccines finally came online, it took her four days to make appointments for her parents. Seeing how tough the process was, she asked her class if they needed help; most students raised their hands.

Hoffman and a friend who worked in marketing and graphic design created a website to advertise their volunteer services. Hoffman estimates the two have booked 350 appointments. They’ve talked with a Coachella City Council member to strategize how they can expand and help in a more official way.

Many of these volunteer organizations are focusing on getting minorities or those from underserved communities into certain vaccine locations and appointment slots.

In Chicago, 26-year-old Brianna Wolin said the 45 “Chicago Vaccine Angels” on her Facebook group have scheduled over 750 vaccine appointments for seniors and others, while keeping equity in mind.

“We will not book people who live in a northern suburb to come down to the southwest side of Chicago, where they would have never stepped foot until there was an opening for a vaccine that they so desperately wanted,” she said.

“After a year of caring so much about yourself and your own needs and your own safety, it feels darn good to do something for others,” said Wolin, a graduate student studying prosthetics and orthotics.