Check out what’s clicking on FoxBusiness.com.

Walking into the Good Hop craft beer bar in Oakland, California, Alison Heller looks like any other patron thirsting for happy hour.

But instead of heading to the bar, she goes straight to the bathroom, opens her backpack and pulls out a plastic bag with fentanyl test strips. She puts 25 strips in a jar for anyone to take for free.

"If you're going to use drugs here, you can test them," said Heller, a co-founder of the harm-reduction nonprofit FentCheck.

Strips to test drugs for the presence of the deadly synthetic opioid are becoming more commonplace in bars, restaurants and venues as the country grapples with the opioid epidemic and soaring death toll.

Fentanyl has flooded U.S. streets and contributed to nearly 500,000 U.S. opioid overdose deaths over two decades, with the COVID-19 pandemic worsening the situation. Fentanyl, which is 100 times more potent than morphine, produces effects similar to other opioids, like sedation, drowsiness and nausea. Overdosing can cause respiratory failure leading to death. 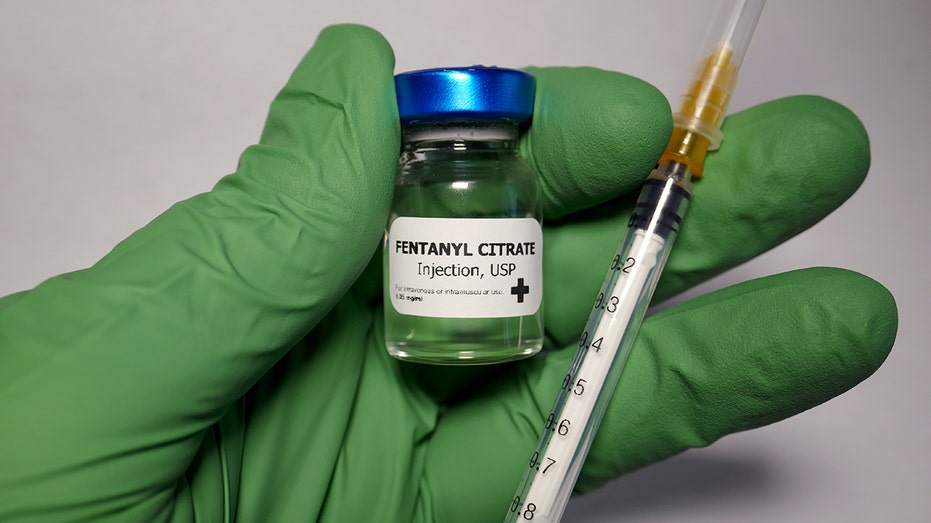 Fentanyl – a substance that acts on opioid receptors and is primarily used for pain relief and anesthesia.

Fentanyl overdoses are now the top cause of death among U.S. residents ages 18-45, surpassing suicide, car accidents and COVID, according to an analysis of federal data by opioid awareness organization Families Against Fentanyl.

To prevent such deaths, Heller, FentCheck co-founder Dean Shold and a team of volunteers regularly visit a network of businesses in Oakland, San Francisco, New York and Philadelphia to replenish stocks of the test strips.

FentCheck staples the strips from Canadian company BTNX to simple instructions for users to test their drugs. The results show up – like a pregnancy or COVID-19 test – with lines indicating positive or negative.

"They are cheap, they are super easy to use and read and they give you a yes or a no that you can then use," said Dr. Kathleen Clanon, medical director of Alameda County, which supports the distribution of fentanyl test strips and funds.

"They are very sensitive, meaning that the comparison tests have shown that they are likely to show fentanyl if it's there and I'm comfortable with that as a community test." 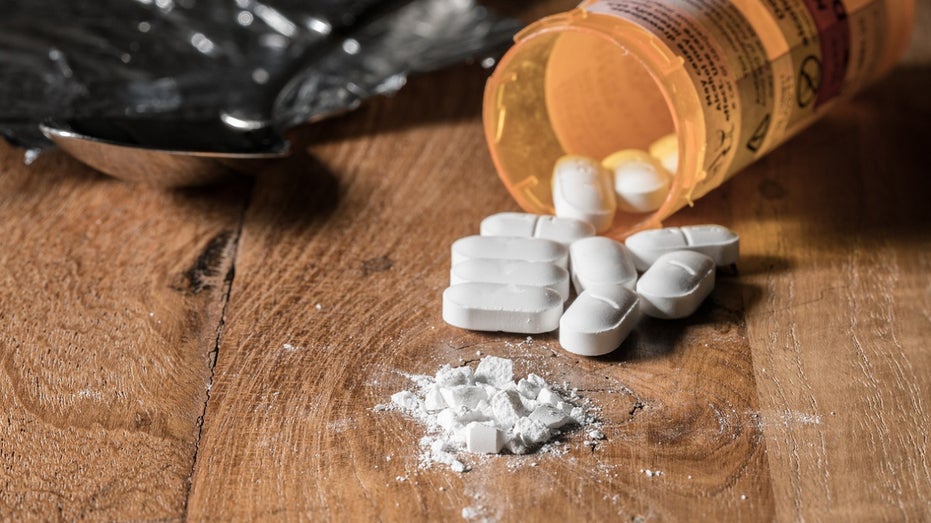 Oxycodone is the generic name for a range of opoid pain killing tablets. Prescription bottle for Oxycodone tablets and pills on wooden table for opioid epidemic illustration

Melissa Myers, owner of the Good Hop, called it a "no brainer" to offer the strips to her customers and train her staff to use naloxone, a medicine that rapidly reverses the effect of opioid overdoses.

"We fought to stay alive through COVID and I want them to be able to keep coming here, not die on the street or die at home because they've decided to try some new drugs," said Myers.

Some cities have gone even further in the fight against drug overdoses. One of the nation's first supervised drug-injection sites opened last year in New York City, allowing users to inject drugs under the supervision of trained staff.

Critics say the strips enable drug users. Some states treat them as illegal drug paraphernalia. Legislation to decriminalize the strips is underway in Alabama, Florida, and Tennessee, among others.

Dr. Joey Hensley, a state senator and physician who runs a private practice in Tennessee, voted against the bill there.

"I just don't think it's a good policy to make it easier for people addicted to drugs to use drugs," he said.

Hensley doubts that providing fentanyl test strips would affect drug users' behavior. "If there are studies that show differently, maybe I would change but I just didn’t think that was a good policy," he said.

Jason Lujick, owner of The Legionnaire, where test strips sit out on the bar, said lawmakers need to face the facts.